Donald Trump supporters heckled and harrassed a Fox News reporter during a broadcast and continued to berate him as he and his team attempted to move away. While describing the events unfolding at Capitol Hill, the reporter was accused of being a liar and fake news. President Trump began his speech today in the area accusing the media of being the biggest issue facing America. 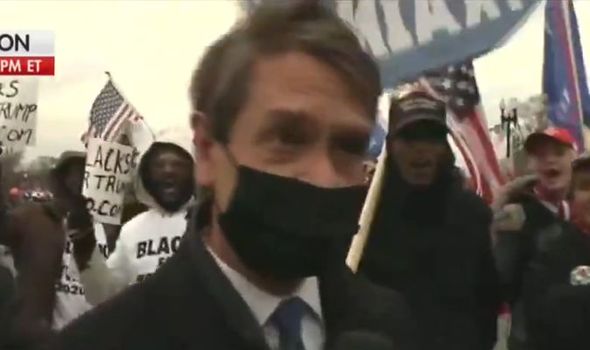 Following the riots and storming of the Capitol Building, he again reiterated that the media were a problem and would spout fake news.