The German police are currently deployed in large numbers after shots were heard in the  Erzbergerstraße area in Frankfurt. The police have warned that residents in the area “should not step on the street”. The police continue to report that a shot had been fired.

The officials are currently reviewing the situation on-site. Due to the current situation, roads in the area are closed and local public transport is obstructed.

The Frankfurt police tweeted: “According to the current state of knowledge, the #Erzbergerstraße several shots fired.

“We are on site with numerous emergency services.

“The local area is closed to passenger and motor vehicle traffic. 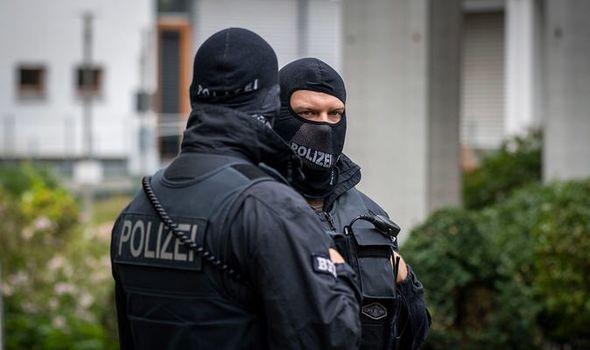 “Investigations into the background are ongoing.”

The police are warning via Twitter and the Katwarn warning app not to enter the area.

They are saying: “Get off the street and go into buildings if you can.”

The police continue to report that several shots are said to have been fired.

At first, there was only talk of one shot.

A police spokeswoman said she didn’t know whether there were injured or dead people.