PARIS (Reuters) – The number of people who have died from the COVID-19 illness in France jumped by 61% to 6,507 over two days after data from nursing homes were included, and confirmed cases jumped by 44% to 82,165, the health ministry reported on Friday, making France the fifth country to report more cases than China. 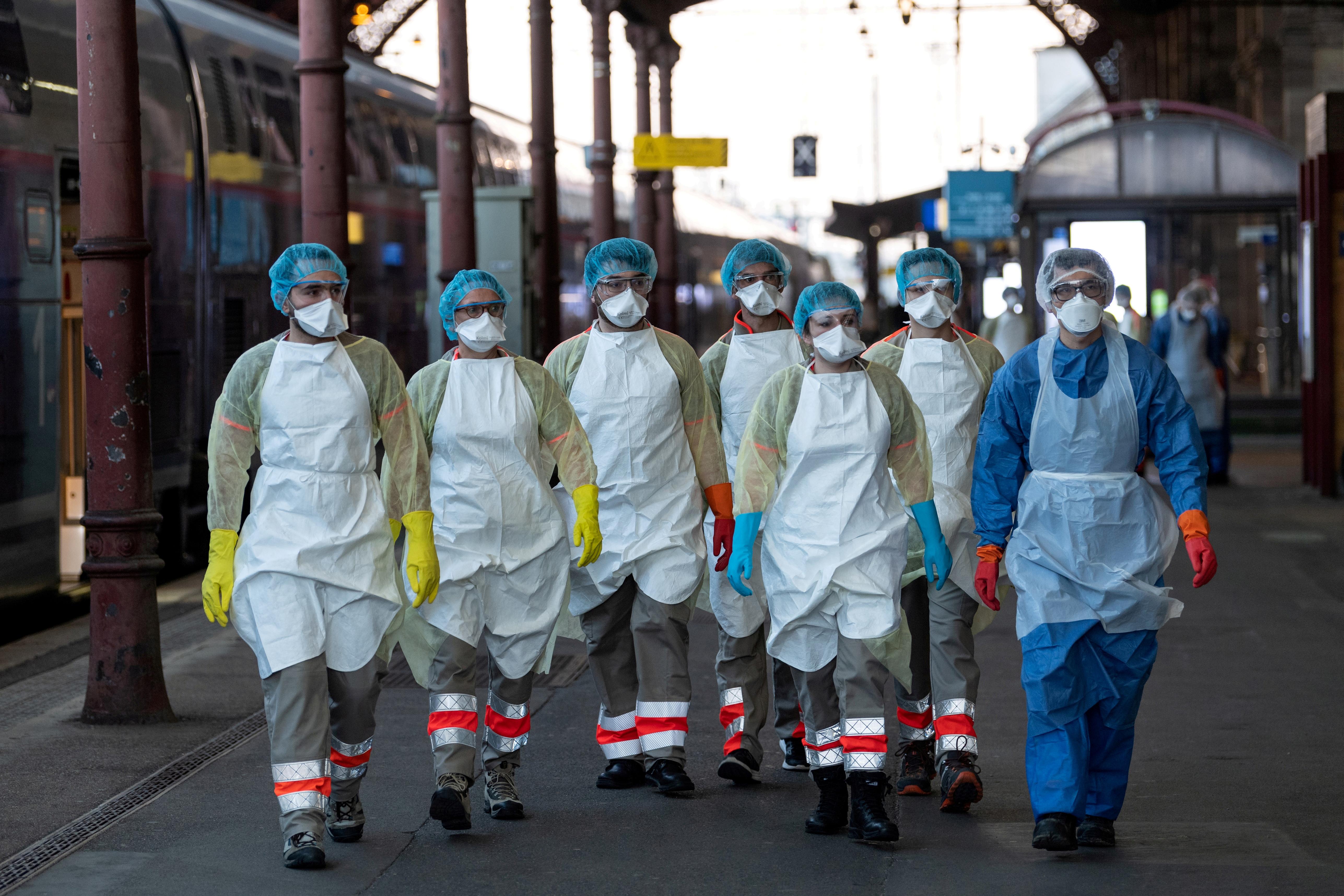 The number of confirmed coronavirus cases in hospitals rose by 5,233, or 9%, to 64,338 on Friday, health ministry director Jerome Salomon said at a daily briefing.

Salomon also reported a total of 17,827 confirmed or suspected cases in nursing homes, compared to 14,638 on Thursday, when the nursing home data were first reported.

By including the nursing home data, France now has a total of 82,165 confirmed or suspected cases. It joined the United States, Spain, Italy and Germany as nations that have now surpassed cases reported by China, where the pandemic originated, according to a Reuters tally.

Excluding the nursing home data, the number of people dying from COVID-19 in French hospitals also set a new daily record of 588, an increase of 13% to 5,091, health ministry data showed.

The ministry did not provide a breakdown for deaths per day in nursing homes, but said a provisional cumulative death tally since the start of the epidemic rose to 1,416 on Friday, an increase of 532 over the 884 first reported on Thursday.

Following criticism about French COVID-19 statistics not reflecting the dozens of people dying in senior citizens’ residences or their own homes, the health ministry on Thursday provided the first data on deaths in nursing homes.

The provisional nursing home tally while still incomplete accounts for more than a fifth of all French COVID-19 deaths.

One glimmer of hope came from another key metric. The number of patients in intensive care units (ICU) rose by 263 to 6,662, an increase of just 4%, as the growth in patients requiring ICU beds has come down from double-digit numbers in recent days.

But Salomon said it was too soon to call the peak of the epidemic.