PARIS (Reuters) – France reported 3,310 new coronavirus infections over the past 24 hours, marking a post-lockdown high for the fourth day in a row as the country grapples with a rebound in cases. 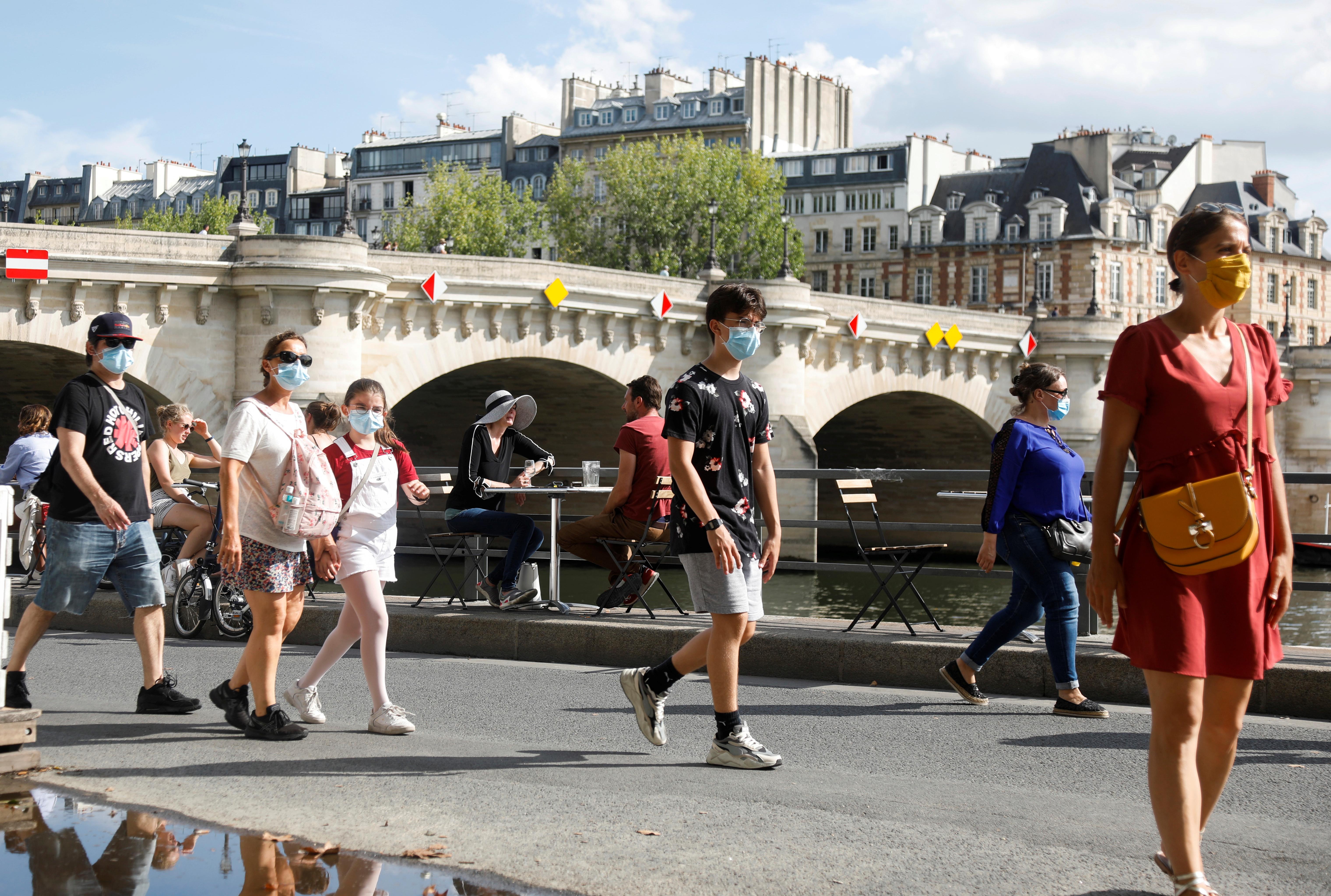 The latest count took France’s cumulative cases to 215,521, the health ministry said in a website update on Saturday, adding that 252 clusters were being investigated, 17 more than 24 hours earlier.

This week’s upswing has taken the seven-day moving average of new infections above the 2,000 threshold for the first time since April 20, when France was in the middle of one of Europe’s strictest lockdowns.

The resurgence prompted Britain to impose a 14-day quarantine for people arriving from France, fuelling a rush by British travellers to return home before an early Saturday deadline.

A relatively high incidence in Paris also led the authorities to expand zones in the capital where wearing a mask is mandatory outdoors.

But doctors are increasingly calling for masks to be required in the workplace as they see people mingling in confined spaces as a bigger risk factor.

The HCSP, a body advising the government on health policy, issued a recommendation calling for masks to be compulsory in all common indoor spaces.

The government last month made wearing a mask obligatory in shops but not in other businesses.

The number of people in hospital has trended downwards in recent weeks even as new COVID-19 cases have risen, with experts pointing to the spread of the virus among younger people.

However, the latest daily figures showed a slight rise in the number of hospital patients, at 4,857 against 4,828 a day earlier, as well as a rise in intensive care patients to 376 from 367.