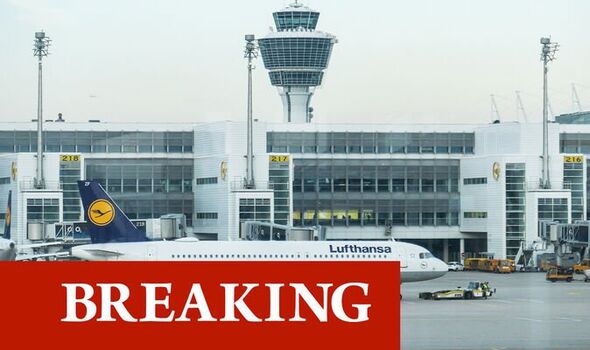 The Brandenburg police and some federal police officers are on the scene, a press spokesman for the Southern Police Directorate said.

Around 8am, the police were informed about the blockade.

The activists had – as known from other protests – glued themselves to the road. “We have established the identities of a total of four people,” the spokesperson said.

Three of them were men, the third person a woman.

At the moment, police were waiting for specialised personnel to remove the persons from the roadway, he said.

On its website, the group said it had been blockading a total of three airports since 8am.

In addition to BER, the group is also blockading the airports Frankfurt am Main and Munich.

“This is causing massive disruptions to air cargo and passenger air traffic,” the group’s statement said. However, the police did not confirm this for BER airport.

The activists, who had previously come under criticism for blockades on motorways in Berlin and Hamburg, are demanding better climate policy and an “immediate food rescue law” with their actions.

According to Berlin’s Senator of the Interior, Iris Spranger (SPD), the police have meanwhile handed over twelve cases against motorway blockaders to the public prosecutor’s office. The senator announced on Tuesday that the special investigation group “EG Asphalt” has initiated a total of 214 cases so far.

The group has been sharply criticised for its actions, not only by motorists, but also by politicians, because traffic and people could be endangered.

British climate expert Sir David King, who was permanent advisor to the UK Foreign Office on global warming issues from 2013-2017, repeatedly warned: “What we do in the next 3-4 years will decide the future of humanity.” The reason for this limited window of opportunity is the tipping points in the climate system, such as the melting of the ice caps at the poles. If too many tipping points pass, the Earth will enter a hot period. This is when our current civilisation will collapse.

“Politicians ignore these tipping points. Yet we only have three years left. Without rapid change, we will lose all control over our climate and thus our food,” says Ernst Hörmann, a grandfather of eight, explaining his intervention in Munich’s air traffic.

Church musician and mother Sonja Manderbach, as she sits on the access road to the Frankfurt air cargo terminal, said: “80 percent of the population are behind the resolutions of the Citizens’ Council on Climate. But the politicians do not implement the recommendations but lock away the people who stood up for the will of the population. That’s completely absurd!”

Science proves the Last Generation right. For years, it has been warning of the deadly dimensions of the climate crisis.

That is why activists believe the measures of the democratically legitimised Citizens’ Climate Council must be implemented now.

They stress agriculture urgently needs to evolve into restorative agriculture that protects species and climate.