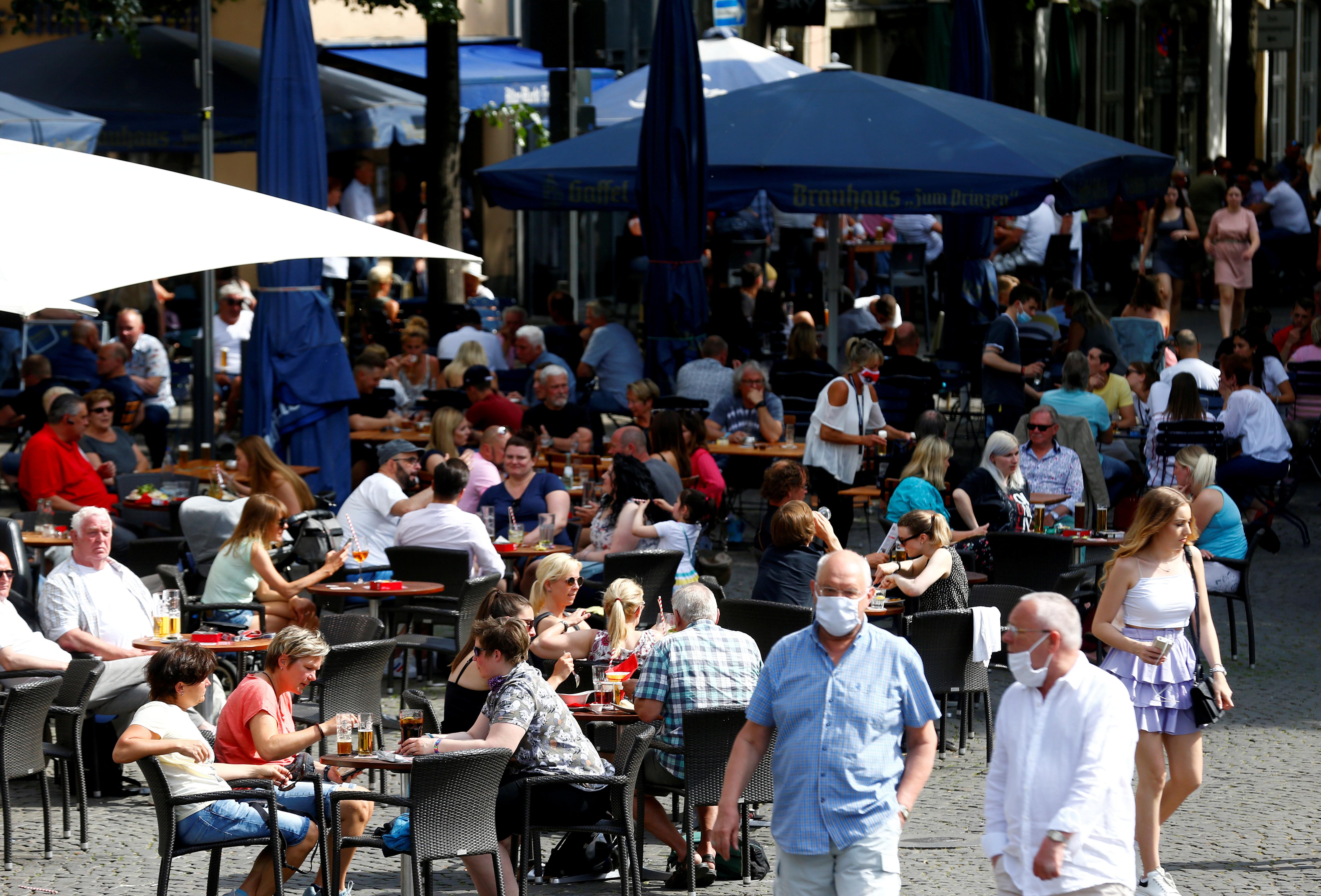 BERLIN (Reuters) – German restaurants and bars and their customers are expressing concern at reports that the contact data that guests must supply as part of coronavirus prevention rules has been used for police investigations.

Drinkers and diners have to provide a name and a telephone number to allow them to be traced if someone who is found to have the virus was present at the same time.

But the DPA news agency has cited several police stations as saying that they had used that data to find witnesses to help solve crimes.

Germany owes some of the toughest privacy laws in the world to its determination to banish the spectre of the mass surveillance systems once used by the Nazis or the East German secret police, the Stasi.

“I work at a bank,” Dirk Apel, eating at a restaurant in Bonn, told Reuters TV on Friday. “Over there, private data is a huge issue. Every little thing like a birthday is watched so that no one else can find it out – the ‘need-to-know’ basis. And I think this is a abuse of confidence.”

Thomas Lengfelder, managing director of the hotel and catering association DEHOGA, noted that cafe owners were not allowed to ask customers for formal identification, and said reports of data being used elsewhere would not encourage patrons to obey the rules.

“We can’t let someone play fast and loose with that data,” he said. “Officials should be well aware of what they are allowed to use and what’s not allowed.”

After a customer at a restaurant in Berlin tested positive for the virus recently, health officials had difficulty tracing some of the other customers because many had either failed to provide their names and numbers or written fake ones.