A man has been arrested on suspicion of murder after a petrol station cashier was killed following a row over a face mask in Germany.

The 20-year-old worker was shot in the head by a customer in the western town of Idar-Oberstein on Saturday evening after asking him to wear a mask to comply with COVID rules before he would serve him, according to officials.

The customer, who reportedly wanted to buy beer, had refused to put on a face covering and left the petrol station.

But he returned half an hour later wearing a mask, which he pulled down when he approached the cashier who again referred to the restrictions, and then the customer opened fire, said authorities. 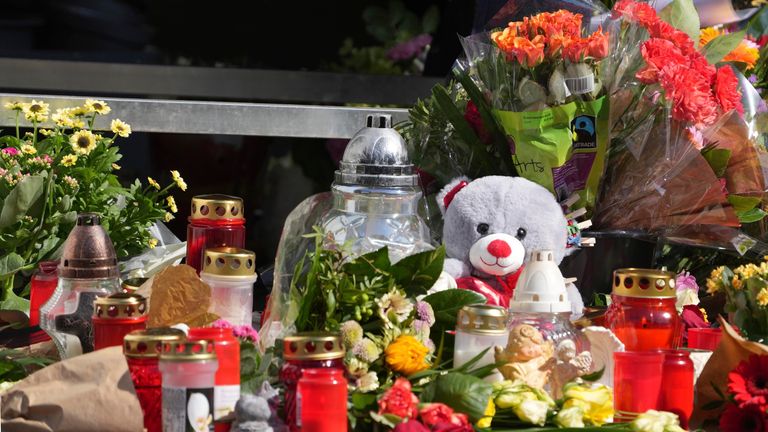 “The perpetrator pulled a revolver and shot the cashier in the head from the front. The victim fell to the floor and was immediately dead,” prosecutor Kai Fuhrmann told reporters.

The 49-year-old suspect, who is not being named in line with the country’s privacy laws, then fled the scene but handed himself into police the following morning, according to authorities.

Police said the suspect told officers he acted “out of anger” and “he further stated during interrogation that he rejected the measures against the coronavirus”.

A requirement to wear a mask is among the measures in place in Germany to stop the spread of the virus.

There have been regular protests against Germany’s pandemic restrictions over the past year. The loose-knit Querdenken movement, that includes people who oppose masks and vaccines, conspiracy theorists and far-right extremists, are said to be partly responsible for the protests.

Facebook last week removed almost 150 accounts and pages linked to the Querdenken movement under a new policy that targeted groups that spread misinformation or incite violence, but who don’t fit into the platform’s existing categories of bad actors.