The departing 45th US President addressed several hundred supporters from Joint Base Andrews, Maryland. He told the crowd: “Goodbye. We love you. We will be back in some form.”

Mr Trump received a 21-gun salute before boarding Air Force One for the final time.

Joe Biden was sworn in as the 46th US President late in the morning and Mr Trump refused to attend the inauguration, breaking presidential tradition.

Departing Vice President Mike Pence passed the metaphorical baton to his successor Kamala Harris by waving her and others in the Biden team off from the Capitol’s steps. 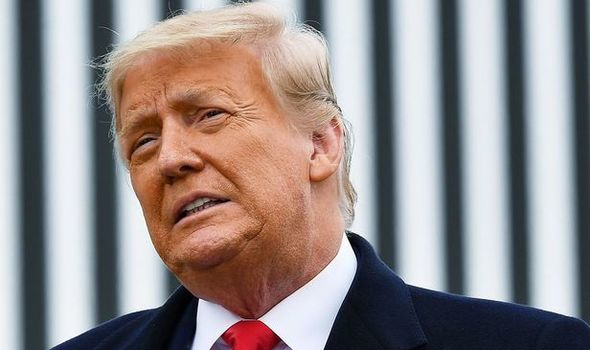 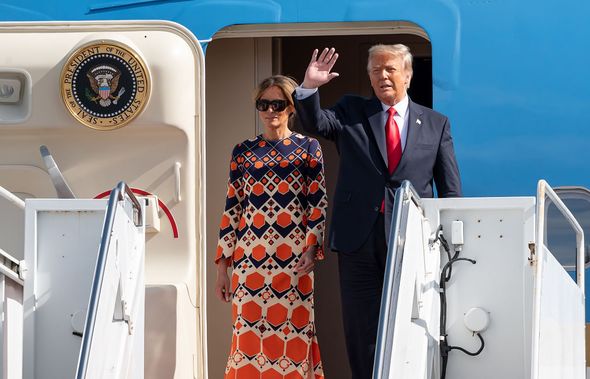 But Mr Trump ended his term in power with less attention, according to Newsweek.

The publication notes the absence of Mr Pence and lists three White House staffers as present.

Former White House press secretaries Sean Spicer and Hogan Gidley were also said to be there. 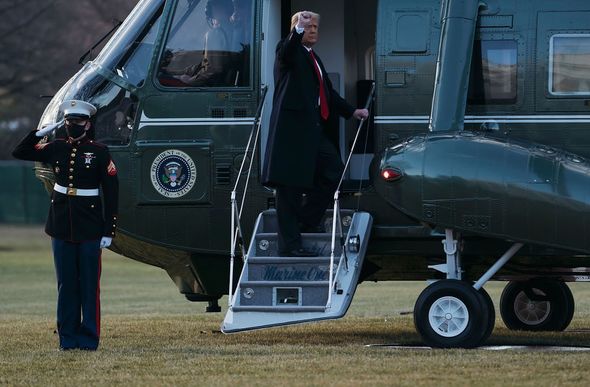 In a recorded farewell address, released on Tuesday, Mr Trump declined to acknowledge his Democratic successor by name.

He said: “This week, we inaugurate a new administration and pray for its success in keeping America safe and prosperous.

“We extend our very best wishes and we want them to have luck, a very important word.

“Now, as I prepare to hand power over to a new administration at Noon on Wednesday, I want you to know that the movement we started is only just beginning.” 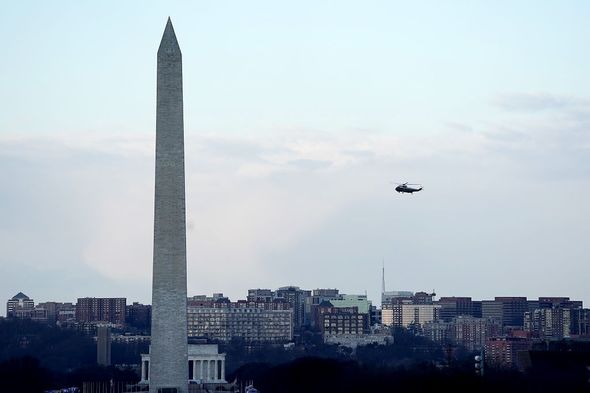 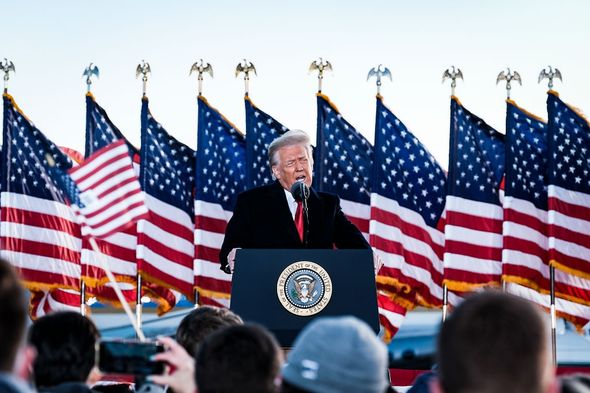 He also described the day as one of “history and hope”, adding: “My whole soul is in putting America back together again.”

Mr Biden urged Americans to “start afresh”. He said: “Let’s begin to listen to one another.

“We can see each other, not as adversaries, but as neighbours.”