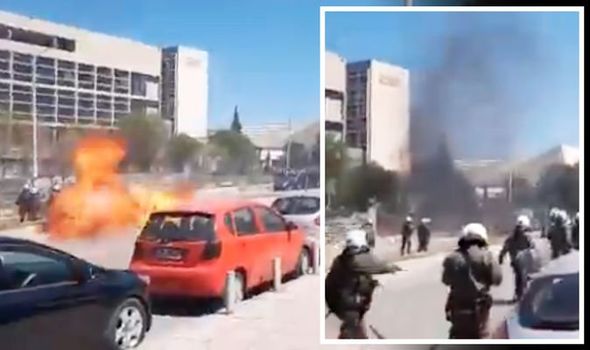 Thousands of students have taken to the streets across the country to demonstrate against education reforms proposed by the prime minister Kyriakos Mitsotakis.

Student leaders have accused Mr Mitsotakis right-wing government of trying to transform universities into places of fear, surveillance and repression after it passed new laws creating a police force for university campuses.

Greek police had been forbidden from entering university campuses  since 1973 when an uprising against the country’s then military dictatorship began at Athens Polytechnic.

The New Democracy government has also passed laws demanding protest organisers first get permission from local authorities which and can block demonstrations they believe would disrupt businesses.