ATHENS/ANKARA (Reuters) – A Greek and a Turkish warship were involved in a mild collision on Wednesday during a standoff in the eastern Mediterranean, in what a Greek defence source called an accident but Ankara called a provocation. 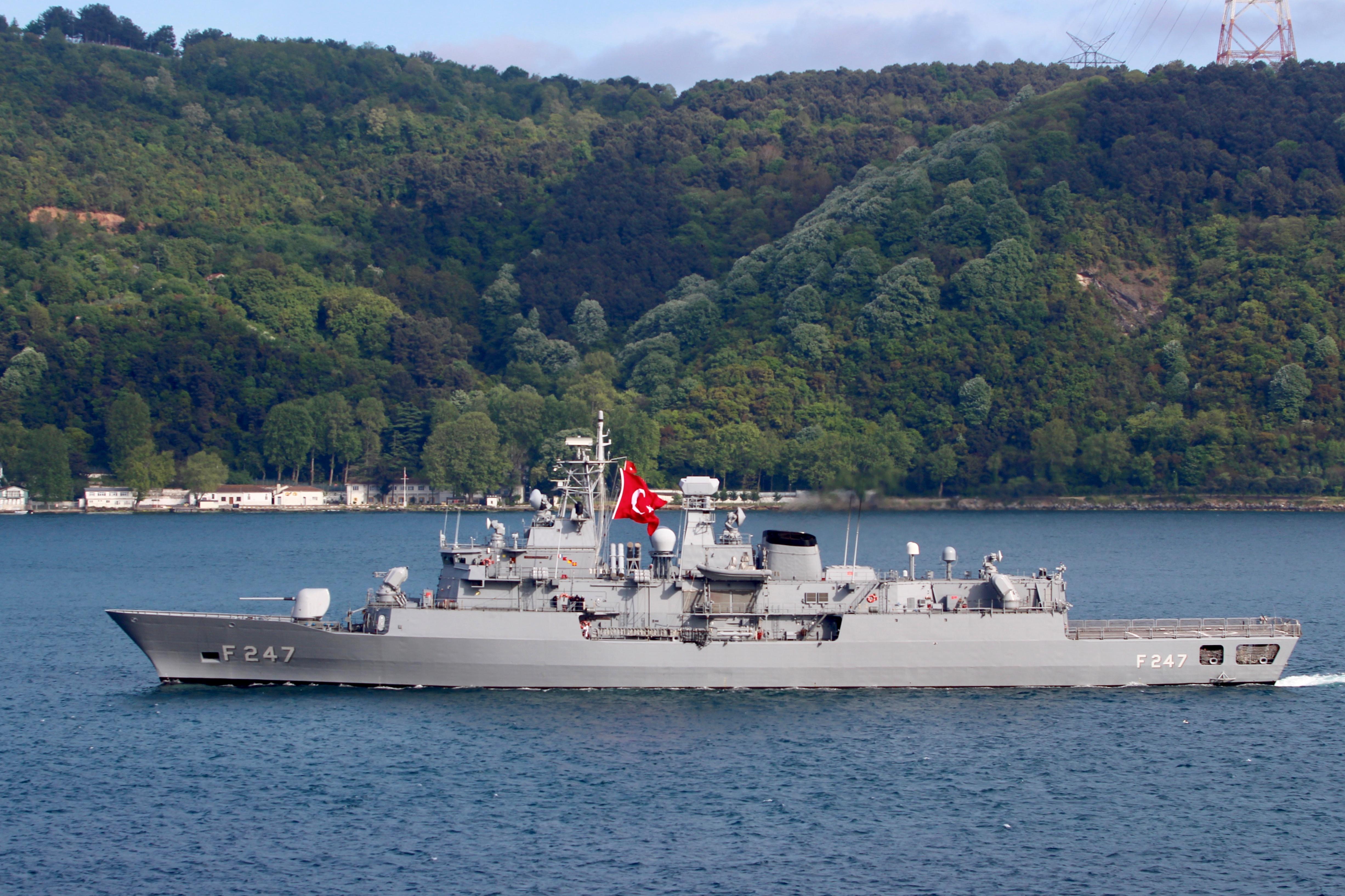 Tensions between the NATO allies have risen this week after Turkey sent a survey vessel to the region, escorted by warships, to map out sea territory for possible oil and gas drilling in an area where Turkey and Greece both claim jurisdiction.

European Union foreign ministers, who met via teleconference, called for a de-escalation of tensions, an EU official said.

The Turkish Oruc Reis survey ship has been moving between Cyprus and the Greek island of Crete, shadowed by a number of Greek frigates. On Wednesday one Greek ship, the Limnos, was approaching the survey vessel when it came into the path of one of its Turkish naval escorts, the Kemal Reis.

The Greek frigate manoeuvred to avoid a head-on collision and in the process its bow touched the rear of the Turkish frigate, the defence source said, calling it a “mini collision.”

“It was an accident,” the source said, adding the Limnos was not damaged. It subsequently took part in a joint military exercise with France off Crete on Thursday morning, the person said.

In Switzerland on Friday, Turkish Foreign Minister Mevlut Cavusoglu said Athens needs to act with reason and called on the European Union to stop “pampering” Greece. Turkey has also cautioned France to stay out of the row.

Greece “should not attempt to provoke Oruc Reis like it did two days ago or it will receive a response,” Cavusoglu said, adding the European Union should not give it “unconditional support.”

“Everything can be resolved, but this is a question that you have to put to the Turks,” Dendias said.

Turkish President Tayyip Erdogan said the naval Kemal Reis had fended off an attack by Greek vessels and also warned of retaliation.

Relations between Greece and Turkey have long been fraught with tension. Disputes have ranged from boundaries of offshore continental shelves and airspace to the ethnically split island of Cyprus. In 1996 they almost went to war over ownership of uninhabited islets in the Aegean Sea.

In a call with Erdogan on Thursday, European Council President Charles Michel recalled the EU’s full solidarity with Greece, an EU official said. Michel called for de-escalation of tensions, said provocations should be avoided and added that dialogue is preferred, the official added.

That line was reiterated at the EU foreign ministers’ meeting. Greece advocated sanctions on Turkey, while its EU allies emphasised the need for a de-escalation of tensions and negotiations, an EU official said. The situation would be reviewed at a meeting in Berlin at the end of the month.

Cavusoglu said Switzerland had offered to mediate the dispute between Turkey and Greece and that Ankara had agreed to this in principle.