Hint of Indian summer to hit Britain in matter of days

A weather expert has said the UK will bask in temperatures of up to 21C during the first week of October, bringing a “hint of an Indian summer” into the mix. Senior meteorologist at British Weather Services Jim Dale said this week’s downturn in temperatures won’t last for too long. Many people have awoken to a light frost in the north, and a much chillier morning in the south. Temperatures are also set to plunge tomorrow as a cold polar blast hits much of Britain.

But Mr Dale said a “bounce” in different temperatures means people will need to expect gradual increases and decreases in the mercury as the country transitions into autumn.

He told Express.co.uk: “There will not be a sudden upturn from the cold, but a gradual one – with rain and wind on Friday. Next week will be better and warmer, we may see 21C in the  London area next Tuesday and Wednesday.”

When asked if next week’s sudden surge in temperatures could mean an Indian summer for the south, Mr Dale said the warm weather would need to be prolonged in order to declare such a weather event.

He added: “It needs to be more than a day or two, which is what it is at the moment. Just call it a hint of an Indian summer.” 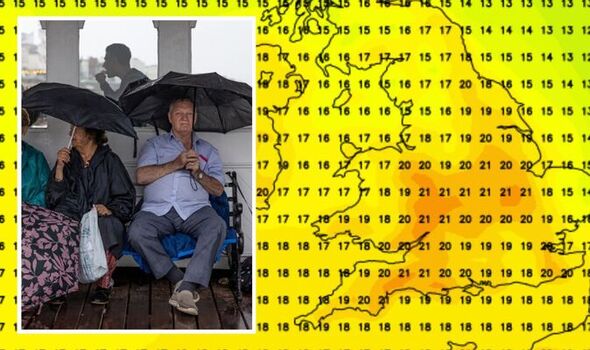 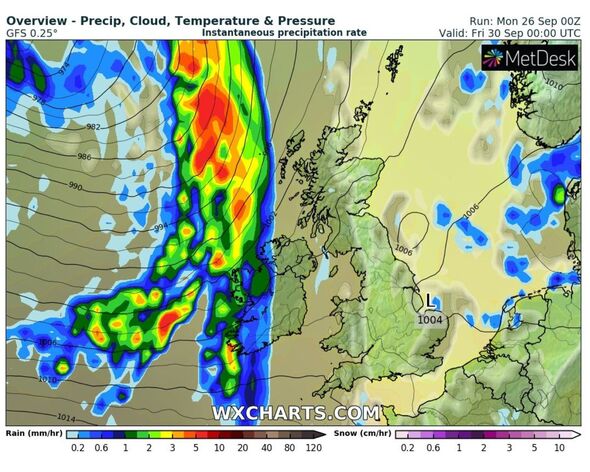 Maps from interactive weather model, WX Charts, show the mercury rising from a low 4C upwards in the north to 9C, and in the south this rises from 9C to 11C.

But next week this changes with next Monday, October 3 seeing highs of 17C in the south and 13C in the north.

Then, on Tuesday and Wednesday, this rises to 19C to 21C respectively across the south east – but it’ll still be a mild 13C in the north.

These conditions – as Mr Dale said – are set to vary over the coming weeks. 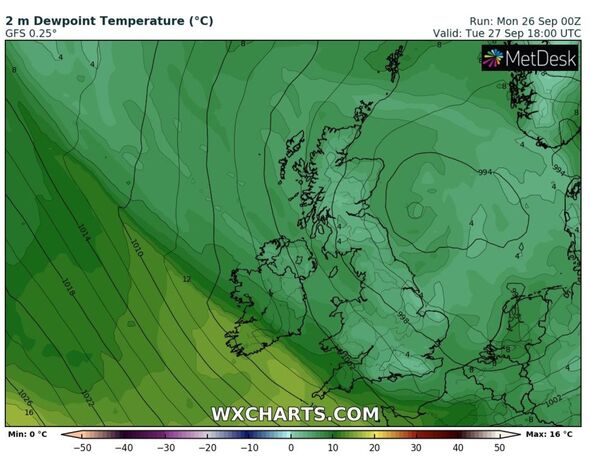 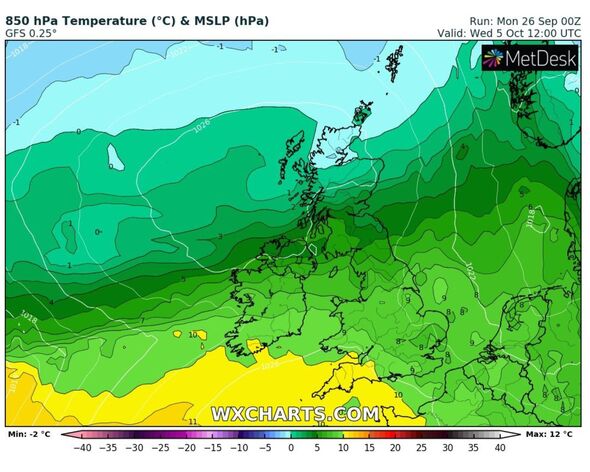 The Met Office long range forecast up until October 9 reads: “A large area of rain is likely to start in the west early on Friday, then spread eastwards to affect all areas by evening.

“Clearer weather is expected to follow, albeit with fresh winds and showers at times. Strong winds or gales are possible in the north.

“The unsettled regime is then expected to continue dominating the UK weather.

“Showers or longer periods of rain are likely for most parts of the country, with the highest rainfall expected in the west and northwest.”

“Winds may become strong at times, most likely in the northwest.

“A shift towards more settled weather could possibly begin at the end of this period. Temperatures rather cold at first, then trending close to average.”

Then, up until October 24 it adds more settled conditions are expected to stay.

It says: “Drier and more settled conditions are likely to become more prevalent across the UK through this period, especially in the south. Some periods of wetter weather remain probable at times, most likely in the northwest. Temperatures are expected to trend near to or slightly above average.”