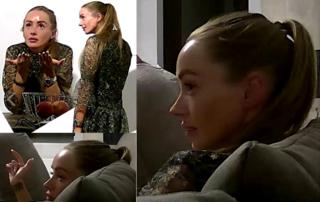 A year after a scandal brought down Austria’s government and the country’s far-right leader, police have put out pictures of a woman who took part in the video sting that sparked it off.

Investigators want to speak to the mystery woman who chatted to then-FPÖ leader Heinz-Christian Strache in a villa on the Spanish island of Ibiza.

A special commission is leading the criminal inquiry and searching for her.

In the video, she poses as a Russian oligarch’s niece called Alyona Makarov.

Igor Makarov himself has said he does not have a niece.

Although it dates back to summer 2017, the video emerged last year after Mr Strache, the head of the Freedom Party (FPÖ), had gone into government as vice-chancellor, in coalition with Sebastian Kurz’s centre-right People’s Party.

The video, which emerged in German media, shows Mr Strache appearing to offer government contracts to the woman ahead of an election if she buys an Austrian newspaper and uses it to provide political support.

What have police found out?

They are analysing 12 and a half hours of video recordings from the Ibiza villa, as well as several more hours of audio in their inquiry, which they say has led to 55 house searches and five arrest orders in connection with suspected criminal offences. 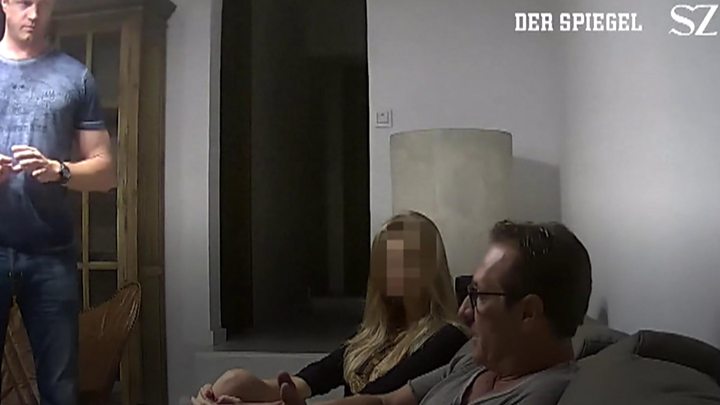 That is why, they say, they have published the screengrabs of the woman who took part in the video sting in Ibiza.

Police are focusing on two lines of inquiry: what led to the video sting itself and whether any offences were committed in statements made by the people caught up in the sting.

From a criminal police perspective, they say they hope to find out more about how the video was prepared and produced. A search of international databases has failed to find a match for the woman.

The man leading the inquiry, Dieter Csefan, says a fake light switch has been recovered which was used to conceal a camera. A clock radio was also found.

A parliamentary inquiry starts in Austria next week into the sting and political parties have urged the police to make the video available.

Mr Strache and his party colleague Johann Gudenus are due to give evidence in the committee of inquiry.

At the time of the scandal, some Freedom Party figures alleged possible foreign intelligence involvement and some commentators pointed at Russia.

But Mr Csefan says the investigation’s findings so far indicate that “foreign financing or a secret service background can be ruled out”.

Mr Strache resigned as party leader and vice chancellor after the video emerged and, after new elections, Mr Kurz went into coalition with the Greens in January this year.