Hong Kong? Bushfires? What's been happening on the biggest non-coronavirus stories of the year

(Reuters) – The year started with protests, bushfires and a missile strike. 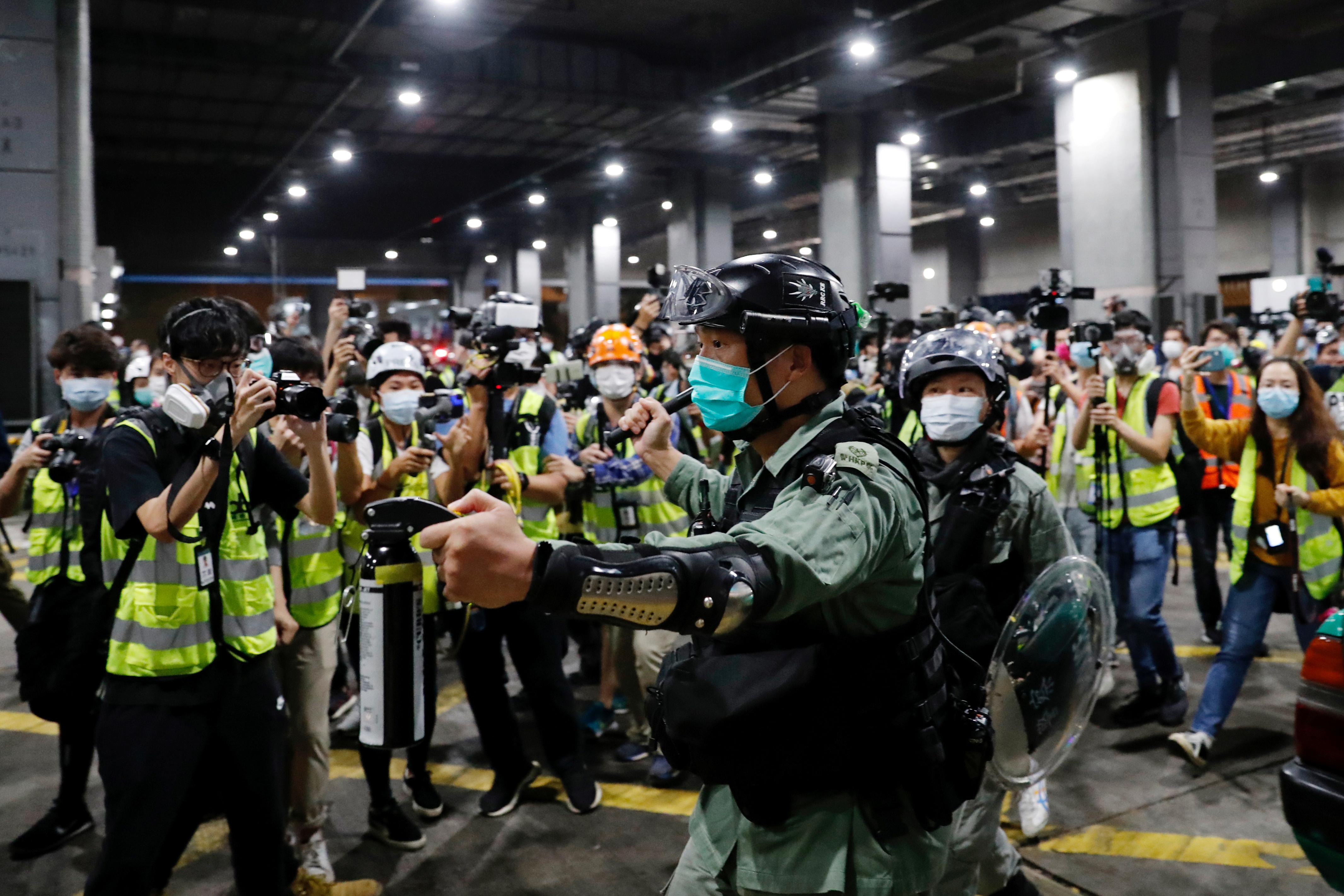 Those stories seem to belong to a different time. Back then, the outbreak of an unknown virus in China was notable, but by no means the biggest headline. Fifteen weeks later there seems to be only one story in the world.

Despite the virus, those earlier stories have rumbled on. Here is a quick catch-up on the biggest headlines from the weeks before everything changed:

The story now: Within weeks of a massive rally on Jan. 1, Hong Kongers began adopting social distancing to fight the coronavirus. Smaller pro-democracy protests in February and March focused on the Hong Kong government’s decision not to fully close the border with mainland China, and the administration later banned tourist arrivals. A survey for Reuters shows that even as rallies have paused due to the pandemic, support for the protesters has grown while confidence in the government’s handling of the COVID-19 crisis is low.

Headline, Jan. 3: Bushfires rage out of control across southeast Australia

The story now: Heavy rain in February extinguished most fires, and on March 31 the NSW Rural Fire Service declared the end of the state’s “most devastating bushfire season”. Scientists assessing the impact of the fires on threatened species have had to shut down their research due to the coronavirus crisis. Prime Minister Scott Morrison was criticised for his performance during the bushfires and his stronger handling of the pandemic has improved his standing with voters.

The story now: The Jan. 2 strike, which killed Iran’s top military leader, heightened tensions in the Middle East and led to Iran shelling bases hosting U.S. troops in Iraq and accidentally shooting down a Ukrainian plane, killing all 176 aboard. Within weeks, Iran had become the first country outside China to see large numbers infected with the coronavirus. In late March, Tehran asked Washington to lift sanctions to help it contain the outbreak, while refusing Washington’s offer of humanitarian aid. President Hassan Rouhani has also said Iran will respond further to America’s assassination of Major-General Qassem Soleimani, while the U.S. State Department said Iranian-backed militia remained a “significant” threat to U.S. forces in Iraq.

The story now: A jury on Feb. 24 found former Hollywood mogul Weinstein guilty of sexually assaulting former production assistant Mimi Haleyi and raping former actress Jessica Mann. Two weeks later Weinstein was sentenced to 23 years in prison. On April 10, he was charged in Los Angeles with a third sexual assault. Weinstein’s spokesman said in April that the former producer had no symptoms of the coronavirus, two weeks after a report that he had tested positive.

The story now: Former auto executive Carlo Ghosn, who smuggled himself out of Japan on Dec. 29, eventually reaching his home country of Lebanon, continues to deny Japanese accusations of financial misconduct. Tokyo is pushing Beirut to hand him over, but Ghosn insists on a trial in Lebanon. Unable to leave the country thanks to an international arrest warrant, he is, according to a recent interview, spending time skiing and working on a book. The two companies he once led are struggling with the massive economic hit caused by the pandemic: Japan’s Nissan Motor Co Ltd is looking to downsize to survive, while France’s Renault may sell some of itself to Mitsubishi.

The story now: The January trade deal saw Beijing promise to boost purchases of U.S. goods and services by $200 billion over two years and Washington agree to roll back tariffs. Since then, the global pandemic, which started in China, has hurt progress on trade, not least because much of the world has shut down. A push by some U.S. business leaders and lawmakers for Washington to cut import tariffs on Chinese goods to ease economic pain from the coronavirus was rejected by the Trump administration. The President has blamed Beijing and the “Chinese virus” for the crisis, while U.S. Secretary of State Mike Pompeo has accused Beijing of an “intentional disinformation campaign” that includes blaming the United States for starting the disease. Beijing has sought to use the pandemic to win greater influence in Europe and elsewhere, while urging more talks with Washington.

The story now: Voting mostly along party lines, the U.S. Senate on Feb. 5 acquitted President Donald Trump of two impeachment charges. Trump celebrated with a pair of caustic, freewheeling speeches and has gone after those he blames for the trial. On April 3 he said he was firing the inspector general of the U.S. intelligence community, an official involved in triggering the impeachment probe. Trump blamed the impeachment trial for distracting him in the early days of the coronavirus crisis.

Headline, Jan. 18: Harry and Meghan to drop titles and retire as working royals

The story now: After formally giving up their jobs as working royals at the end of March, Britain’s Prince Harry and his wife Meghan moved to the Los Angeles area. In early April it was reported that they had filed trademark requests in the United States suggesting they intended to set up a new charity called Archewell.

The story now: The planemaker has spent months updating the 737 MAX to address issues believed to have helped cause two crashes in Indonesia and Ethiopia that killed 346 people within five months. In March, Reuters broke the news that Boeing plans to restart 737 MAX production by May. But the coronavirus has made its plans a lot more uncertain. Airlines have reduced schedules and companies have begun cutting orders for the plane.

The story now: Bryant was buried in February with his 13-year-old daughter Gianna near the family’s southern California home, according to their death certificates. He was posthumously named to the Naismith Memorial Basketball Hall of Fame in early April. The 2019-20 NBA season, meantime, was suspended in early March because of the pandemic.

The story now: Formal negotiations on a trade deal between Britain and the European Union have been postponed due to the pandemic. British Prime Minister Boris Johnson and the EU’s chief negotiator Michel Barnier tested positive for the virus. Britain however seems determined to keep to the December timetable for a final deal.

The story now: The first few primaries and caucuses were split between Bernie Sanders and Pete Buttigieg, with former Vice President Joe Biden struggling to make a mark. The entrance into the race of billionaire Michael Bloomberg had little impact. Biden won South Carolina and a few other states in late February and cleaned up on Super Tuesday. His last challenger, Sanders, dropped out last week. 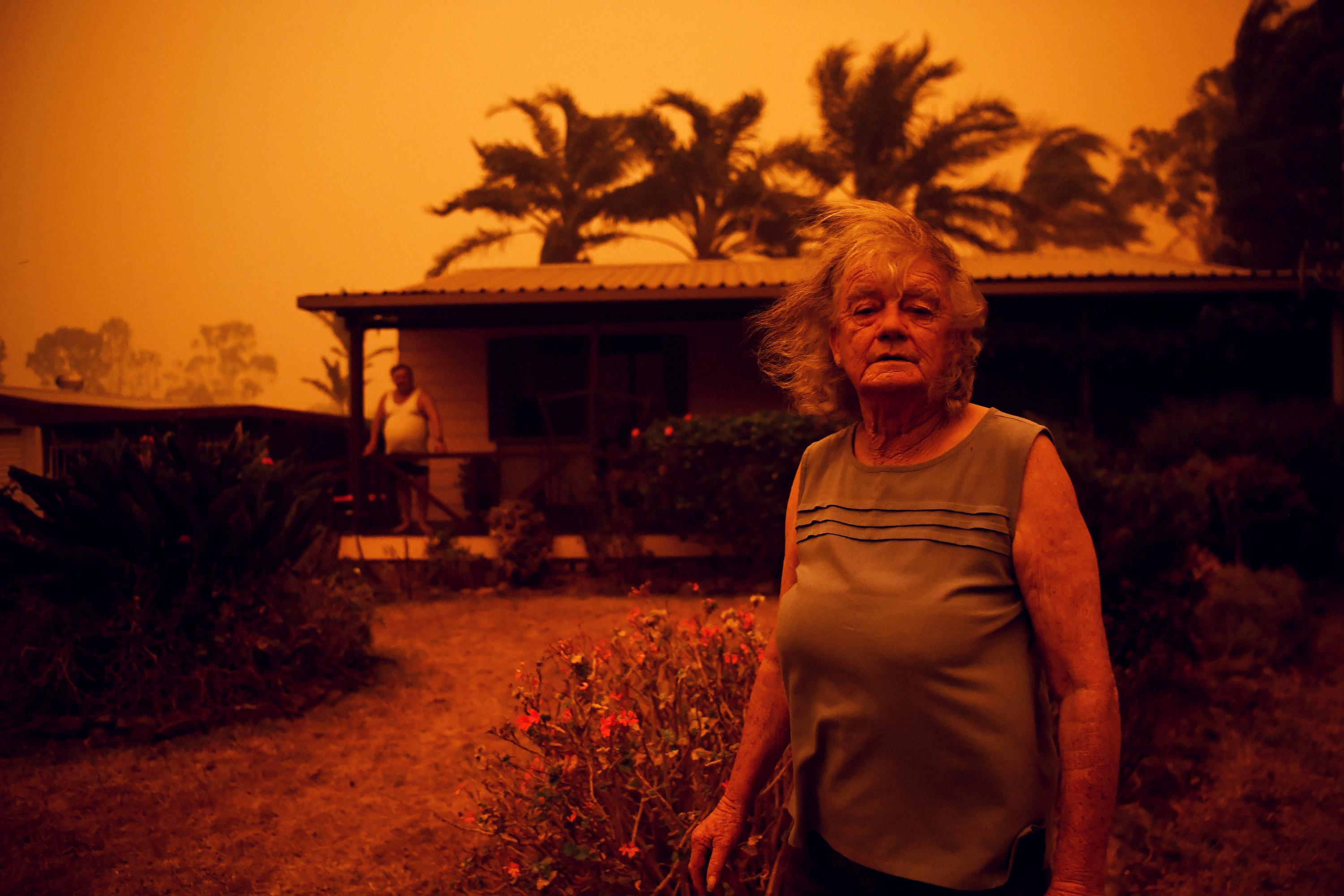 A NEW VIRUS IN CHINA

The story now: The virus has spread around the globe, infecting some 2 million people, killing more than 115,000, and forcing governments into unprecedented spending to tackle the fastest fall in global economic demand for more than a century.