TBILISI (Reuters) – Hundreds of Christian parishioners went to churches in ex-Soviet Georgia to attend Orthodox Easter Vigil despite a state of emergency and calls from the government and doctors to stay home amid outbreak of the coronavirus. 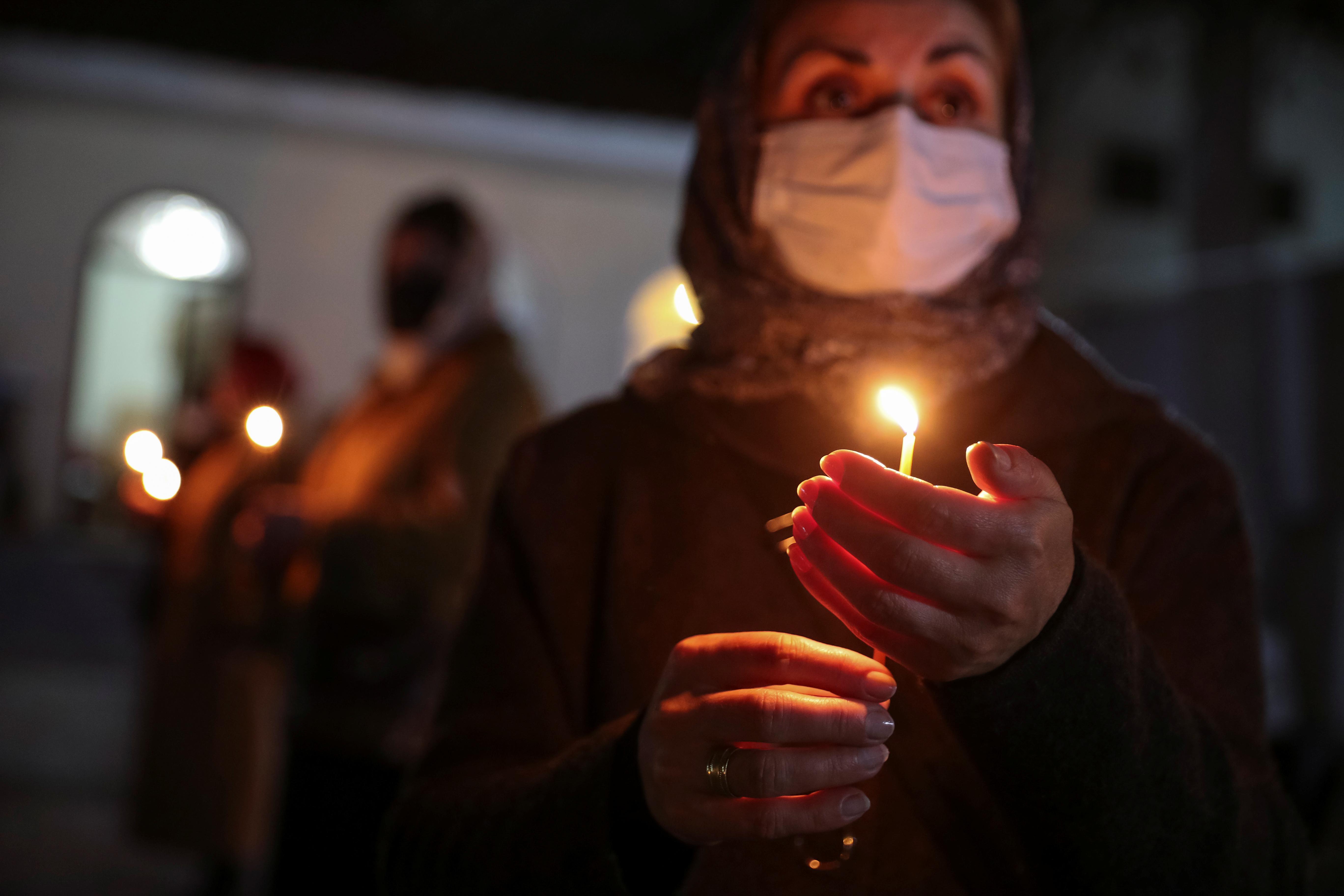 More attended services in big churches across the country, although some bishops in different regions called on their flock to stay at home, encouraging them instead to tune in to Easter services streamed live on TV or Facebook.

Crowds were unusually small everywhere compared to the tens of thousands who normally attend this service every year.

The Catholicos-Patriarch said in his Easter address that the problem of the new virus had caused fear among many and their gaze had turned to God.

“We should not be afraid of temptation, the Christian takes problems with gratitude and sees God’s hand in everything … and at the same time tries to find the right solution in the current situation,” he said.

Holy Fire had been brought to Georgia on Saturday night by a charter flight from Jerusalem, where the ceremony in the Church of the Holy Sepulchre, which symbolizes the resurrection of Jesus after his death on the cross, was attended only by Christian clergymen for the first time in centuries.

Worshippers came to the Sameba cathedral in Tbilisi before the 9 p.m. start of curfew and planned to stay on church premises until its end at 6 a.m.

“It took me more than three hours to come here and I will stay till the morning as my presence demonstrates my dedication and my belief,” Mariam, a 27-year-old Tbilisi resident, said.

Almost everyone, including some priests, were wearing face masks.

The Georgian Orthodox Church Patriarchy said earlier this month that all Easter services would be held in a traditional manner, but parishioners would be required to maintain social distancing between each other to stem transmission of the virus.

The Patriarch and majority of Georgian priests were reluctant to call on their flocks to stay at home and have continued to provide the holy sacrament from the same spoon to parishioners, which critics said threatens efforts to contain the coronavirus.

Georgia has in place a state of emergency until May 10 entailing a 9 p.m.-to-6 a.m. curfew, closures of restaurants, cafes, shops, a ban on public transport and on gatherings of more than three people. Grocery stores, pharmacies and petrol stations remain open.

Government officials and doctors have pleaded with citizens to refrain from mass gatherings and to stay at home during Easter celebrations.

The Caucasus republic of 3.7 million people has reported 388 cases of COVID-19 the respiratory disease caused by the coronavirus, and four deaths as of Sunday.