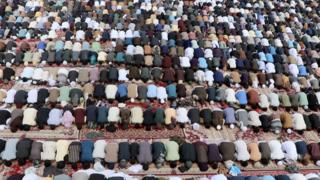 Dr Yousef was the first in his family to get tested for Covid-19 – and the first to die.

“He came home and said, ‘I’m not feeling well and I think I have the virus’,” Behtarin Paktiawal tells me, recalling what was a fateful day for his family. They would end up losing three loved ones to the virus, which is stalking Afghanistan at a speed and scale still perilously uncertain.

For an embattled nation already fighting on multiple fronts, the world’s health crisis is yet another disaster threatening to overwhelm a fragile health system, and exhaust people weary of endless war.

And with each week that passes, both violence and the virus spread.

Paktiawal’s brother, Dr Yousef Khan Ariubi, had tested positive for Covid-19 – but he wasn’t sent his test results. He was expecting them from the Afghan-Japan government hospital in Kabul, which is playing a central role in Afghanistan’s fight against the coronavirus.

“I said to them, ‘why didn’t you call us?'” Paktiawal recounts as he cradles a small photo album with a photograph of his brother tucked in its plastic cover. “They told me they made a mistake.” Then the hospital tested the entire family.

A month and half on, he says their results are still missing – but as they wait, his brother Fazel and sister Gul Khumar have also died.

“They are absolutely right when they say people have died because there’s no testing equipment,” admits Afghan Vice-President Amrullah Saleh.

“My response to them is this test equipment is so rare that even if we’d had a billion dollars in spare money to buy them, they were not available anywhere.” A global rush for resources has pushed poorer nations like his own to the back of the queue.

“This caught us by surprise – a nation in the midst of violence and fighting, and coping with so much internal displacement,” Mr Saleh insists. “Our health infrastructure was not designed to cope with a hyper-event like a coronavirus pandemic.”

Afghans are dying every week from the war against the Taliban and extremist groups like Islamic State, and many more could be killed by hunger if there is a strict shutdown, like those prescribed the world over to stem the spread of the highly contagious virus.

Afghan leaders have also been distracted, and resources drained, by a bitter months-long battle for power between President Ashraf Ghani and his challenger Dr Abdullah Abdullah, which has only just been resolved.

“First, this issue wasn’t taken seriously enough and then they were overly ambitious with announcements of plans and targets,” an aid official in Kabul involved in mobilising resources tells me. “But now they are going in the right direction.”

When Paktiawal stood outside the Afghan-Japan hospital, wearing a face mask to record a furious Facebook cry for help, he finally got the attention of senior health officials.

“I think the service is better now,” he comments, while still declaring that rich and poor must be treated equally – an echo of complaints that the powerful are again vaulting ahead when it comes to keeping well.

But the situation is still breathtakingly fragile.

A few weeks ago, all testing at all labs abruptly stopped when the country ran out of reagents, a crucial substance used in the testing for Covid-19, because global supplies ran short.

“I had some sleepless nights,” recalls Dr Rik Peeperkorn, who heads the World Health Organization (WHO) in Afghanistan. “We managed to get a small quantity and resume testing within two days.”

Two months ago, Afghanistan had no functional labs for Covid-19 testing. Now nine testing centres, established with the support of WHO, are up and running across the country, with plans to expand more.

“We certainly need more tests to give us a better grip on how this virus is spreading,” emphasises Dr Peeperkorn, who has spent seven years working on healthcare in Afghanistan. “Resources are in short supply and so is global solidarity.”

Afghanistan’s relatively low number of cases is both positive and a puzzle. As of 19 March, there were a little more than 7,600 confirmed cases and fewer than 200 dead. That’s in stark contrast to neighbouring Iran, with more than 122,000 cases and 7,000 confirmed dead – and with strong suspicions the real toll is far higher.

A nervous question mark still hovers over the massive influx of more than 200,000 Afghans who surged across the border once the virus struck.

UN officials say they believe the disease may only reach its peak in Afghanistan in a month or so – but there are also worries it may be spreading undetected, as the anxious and ill fear hospital stays and the social stigma of this strange new disease.

‘Social distancing is difficult in our culture’

Like countries the world over, Afghan media are now flooded with messaging about “social distancing” and “washing your hands”.

In the eastern province of Nangarhar, Governor Shah Mahmood Miakhel, who gave up own his own salary to establish a special Corona Fund account, tries to lead by example.

“I stopped shaking hands three months ago,” he says when I reach him by telephone in the provincial capital Jalalabad. When old friends and notables showed up for the funeral of a prominent police chief who came from his district, he didn’t buckle under enormous social pressure.

“It was very difficult for people to accept,” he reflects. “I am happy with my decision, but social distancing in our culture is extremely difficult.” 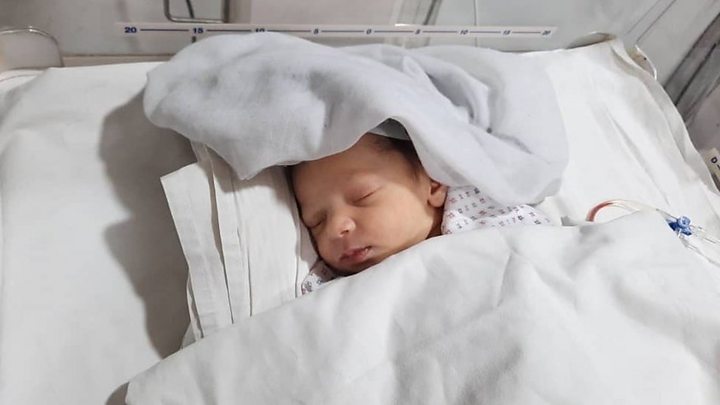 As the end of the Muslim holy month of Ramadan approaches, with all its special rituals of shopping for the Eid celebration, lockdowns in some major cities have been eased. But Afghan officials are stepping up their warnings as the number of cases climbs higher.

Weeks ago, bazaars across the country lost some of their bustle as shopkeepers dutifully shuttered shops. But there are still children working on the streets, some clutching stacks of face masks to sell so their families can eat.

Zabiullah, one of millions of day labourers, returned to a Kabul market with his rusting wheelbarrow. It’s all he has to make the difference between hope and hunger.

He tried to stay at home, but says a government programme to distribute bread to the poorest through bakeries passed him by.

“No-one came to help me even with one [piece of] bread,” he laments. “I fear hunger. Coronavirus won’t kill us, but definitely we will die from hunger.”

‘People had dared to hope for peace’

“12.4 million people could face severe food insecurity in the coming months, with a third one step away from famine,” warns Toby Lanzer who heads the UN’s Development Programme in Kabul. “We need to scale up in a significant way now to keep people alive.”

Lockdowns in wealthier nations, which can afford to unfurl vast safety nets, are about protecting health systems under strain.

Afghan doctors who’ve seen almost everything – but not this – say they feel exposed. They don’t want their names to be known, but want their stories to be told.

“We lost three good doctors this week of Covid,” a Kabul doctor tells me on a telephone call in the din of a busy hospital ward. It’s his first day back at work after recovering from Covid-19.

“They were in contact with suspected Covid patients, they didn’t have good enough PPE and sadly they’re not with us anymore.”

From Faryab province in northern Afghanistan, another doctor explains that “a lot of older doctors have closed their clinics because they’re at risk and don’t have enough protection”.

In Herat, the worst-affected province bordering Iran, doctors speak of shortages of critical equipment like ventilators and protective clothing in intensive care units, and the twice-daily risks of “all of us travelling on one minibus with no distance between us”.

And in the south, close to Taliban front lines, doctors at the emergency hospital in Lashkar Gah are disinfecting and distancing. But in their operating theatres they’re treating victims of violence, not the virus.

In nearby villages, the Taliban have been seeking greater assistance from aid agencies to fight Covid-19, but are shunning repeated calls for a humanitarian ceasefire.

“The Taliban is the greater corona and the other corona is the little one,” says Vice-President Saleh.

Both violence and the virus now threaten people who dared to hope this would be the year of peace talks, but who are instead fighting on multiple fronts.