NEW DELHI (Reuters) – India on Monday announced a halt to domestic flights and said the majority of the country was under complete lockdown to stop the spread of coronavirus as the number of people dying of the disease ticked up across densely populated South Asia.

India has reported 471 cases of the coronavirus but health experts have warned that a big jump could be imminent, which would overwhelm the underfunded and crumbling public health infrastructure.

On Monday, India confirmed two more deaths, bringing the total to nine. One was a 54-year-old man with no history of foreign travel, suggesting the start of community transmission of the virus, officials said.

Streets were deserted in the national capital New Delhi and offices shut at the start of a lockdown to run till the end of the month.

The government ordered commercial airlines to shut down domestic operations from midnight on Tuesday on top of a ban on international flights to try and contain the coronavirus. About 144 million people traveled on domestic flights last year.

Rail travel, the lifeline of India, has already been suspended after thousands of people, mostly migrant workers, swarmed train stations to go home as businesses shut down and jobs dried up.

Prime Minister Narendra Modi said many Indians were not taking the lockdown seriously. “Please save yourself, save your family, follow the instructions seriously,” he said on Twitter.

The chief minister of the western state of Maharashtra, which has had the highest number of cases in India, ordered a curfew from Tuesday to force people indoors.

“Despite multiple requests, people are not following rules. This compelled the government to impose the curfew,” Uddhav Thackeray said.

The country’s main stock exchange located in Mumbai, the capital of Maharashtra, will however remain open, an official said. On Monday night, the Indian government said 30 states and union territories, or 548 districts, were under “complete lockdown.”

Newspapers canceled print runs in Mumbai after vendors refused to distribute them due to worries about the coronavirus, which emerged in China late last year and has spread around the world.

The Pakistani army said on Monday night it would help to impose nationwide restrictions to contain the spread of the coronavirus following a request from the government.

Prime Minister Imran Khan had previously said he opposed such stringent measures because of the economic consequences for the poor. A spokesman did not immediately respond to a request for comment. 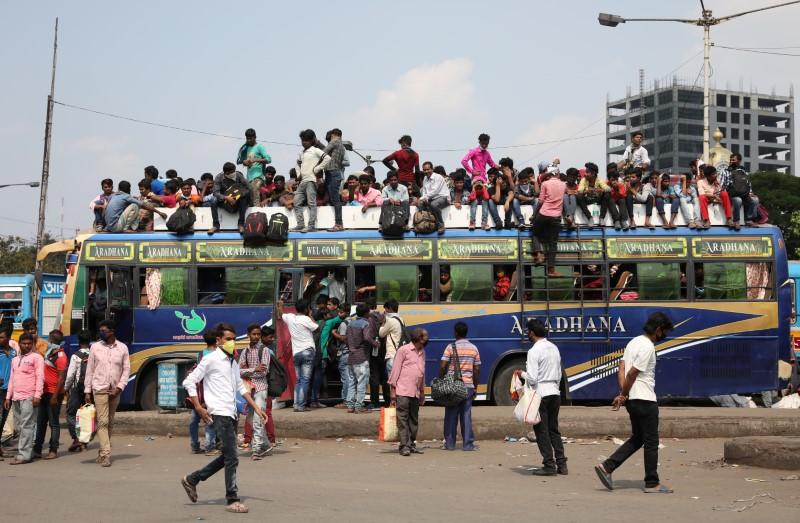 Nepal ordered all land border crossings with India and China shut until March 29, saying thousands of people, most of them Nepali migrant workers, had crossed into Nepal in recent days from India, believing their homeland to be safer.

Nepal reported its second case of the coronavirus on Monday, a citizen who had recently returned from France.

“The closing of the border crossings is meant to ensure that no one infected with the virus crosses over to Nepal from India and China,” said Surya Thapa, an aide to Prime Minister K.P. Sharma Oli. 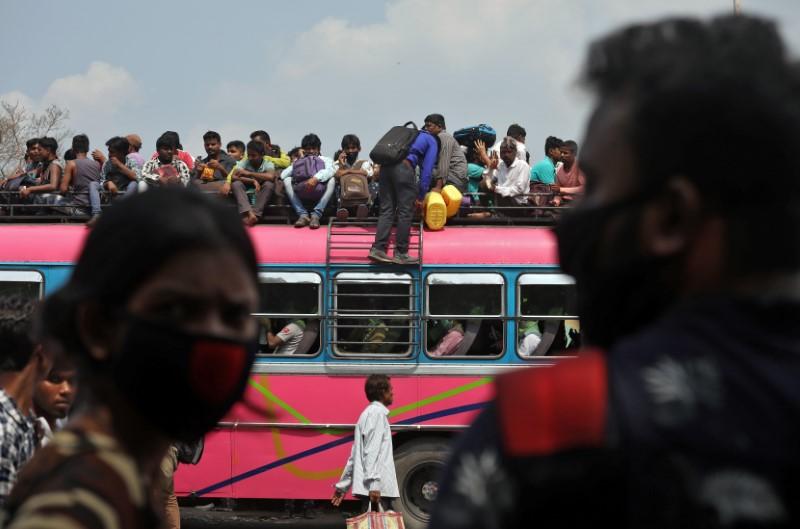