150 rights groups call for release of four Yemeni journalists sentenced to death for ‘spying’ by court in Sanaa. 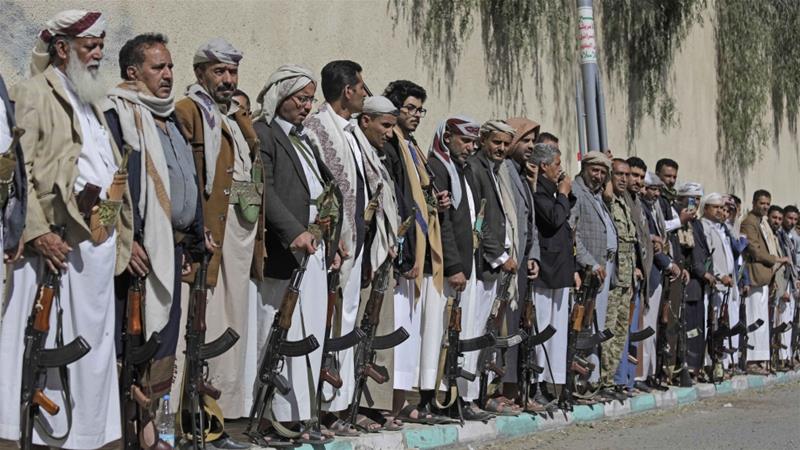 More than 150 human rights and press freedom groups have appealed to the United Nations to help overturn the death penalty to four journalists in Yemen.

The Specialised Criminal Court in the Houthi rebel-controlled capital Sanaa sentenced the four to death on April 11 on charges of spying after they spent nearly five years in prison.

Human rights lawyer Abdelmajeed Sabra, who defended the journalists, described the convictions as a “serious violation of the Yemeni constitution and law”.

The four journalists – Abdel-Khaleq Amran, Akram al-Walidi, Hareth Hamid, and Tawfiq al-Mansouri – were arrested on June 9, 2015, while using the internet at the Qasr Al-Ahlam hotel in Sanaa.

The media members were part of a group of 10 journalists arrested at the same time. Six others were convicted on similar charges, including “spreading false news and rumours” allegedly to aid the Saudi-Emirati-led military coalition that has been fighting the Houthis since 2015.

After filing an appeal, six of the journalists were ordered to be released, but only one was freed in April so far.

Prosecutors alleged between January 2014 and December 2015 the journalists broadcast “false and malicious news” and propaganda and disturbed public security. They were also accused of “collaborating with the enemy”.

“The charges against the journalists are fabricated. They were just doing their jobs as journalists,” Khalid Ibrahim, executive director of the Gulf Centre for Human Rights, told Al Jazeera.

Yemen has one of the poorest press freedom records in the world, ranking 167th on Reporters without Borders’ World Press Freedom Index.

Barbara Trionfi, executive director of the International Press Institute, said: “After many years in conflict, press freedom has suffered immense damage due to the lack of respect for the rule of law as a consequence of the conflict.”

Trionfi added: “In this context, the only tool left to press freedom advocates is international pressure which is, however, often weakened by the political divisions caused by the Yemeni conflict.”

The list of 150 groups calling on the UN to help free the journalists includes the Sanaa Centre for Strategic Studies, the Yemeni Women Journalists Network, and the Arab Coalition Against the Death Penalty.

“The intimidation of journalists in Yemen is a common phenomenon but actual death sentences are rare, until now at least,” Kendall told Al Jazeera.

Martin Griffiths, the UN special envoy to Yemen, made special mention of the situation in his briefing to the UN Security Council on May 14. He called for the immediate release of all journalists currently held in Sanaa.

The “international reputation” of the Houthis will suffer if they do not overturn the decision, he added.

Sabra, the lawyer, stated on his Facebook page the cases were heard without the presence of any defence lawyers up to the point when the death penalty was handed down.

Commenting on this, Kendall said the trial could not be considered to have met fair trial standards.

“The journalists’ lawyer was not even granted access to the verdict hearing,” she said.

On the court’s appeal ruling to release the six journalists, Kendall said: “Not only has this not been implemented, but they had already been held for nearly five years, including periods of solitary confinement and alleged torture, and they were held for over three years before even being charged.”

According to Rob Mahoney, deputy executive director of the Committee to Protect Journalists, journalists in Yemen face multiple threats from the Houthis, the Saudi-led coalition, and various militias.

“The brutality of the fighting and the lack of state institutions to protect basic civil liberties such as press freedom have proved deadly for journalists,” Mahoney told Al Jazeera.

Kendall said the convictions were “one more example of how all sides in this war are keen to control the message”.

“If a warring party doesn’t like what’s being said, it simply dismisses it as ‘fake news’ and, in worst-case scenarios, it then intimidates or arrests the journalists in question in order to discourage others from reporting unfavourably in the future,” she said.

“However, to the best of my knowledge, the Houthis are the only warring side so far to have issued actual death sentences to journalists.” 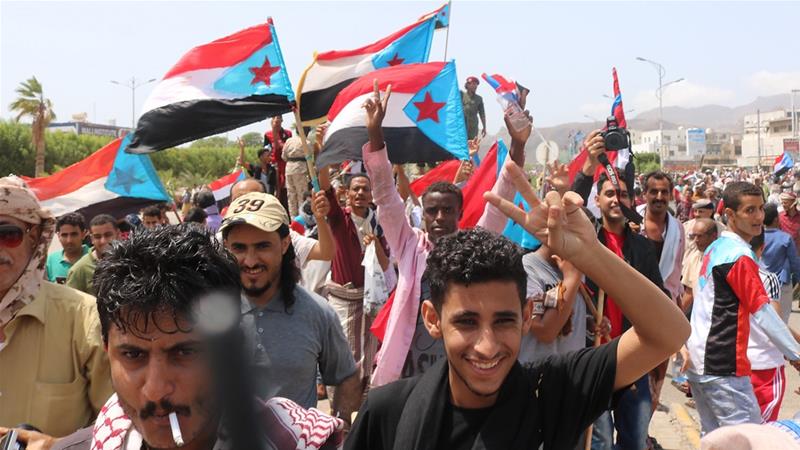 Could Yemen as a country fall apart?