Hardline cleric Ebrahim Raisi has taken a big lead in Iran’s presidential election and his rivals have conceded defeat, according to state TV.

Mr Raisi’s victory means hardliners will have full control over all branches of government in Iran for the first time in almost a decade, after ultraconservatives took a majority in last year’s parliamentary elections.

Mr Raisi, a 60-year-old Shi’ite cleric who is subject to US sanctions for alleged human rights abuses, had been widely tipped to win the contest, in large part due to the support he had from supreme leader Ayatollah Ali Khamenei. 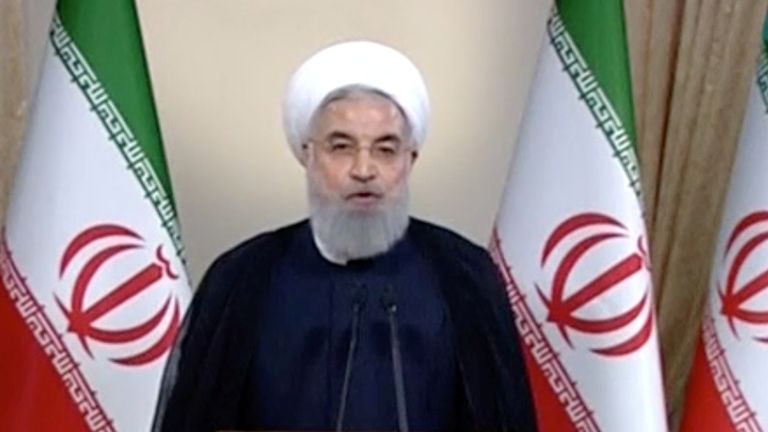 And on Saturday, Mr Raisi’s only moderate rival congratulated him.

“I hope your administration, under the leadership of Supreme Leader Ayatollah Ali Khamenei, will make the Islamic Republic proud, improve livelihood and ensure the nation’s wellbeing and welfare,” Mr Hemmati was quoted as saying in a letter.

In a televised speech, outgoing president Hassan Rouhani congratulated “the people’s elected (president)”, without naming him.

“Because it has not been officially announced yet, I will delay the official congratulations. But it is clear who received the votes,” Mr Rouhani said.

Iran’s president is the second highest ranking official in the country, after the supreme leader.

Mr Raisi is a harsh critic of the West and has presented himself as the best candidate to fight corruption and improve Iran’s economic problems. 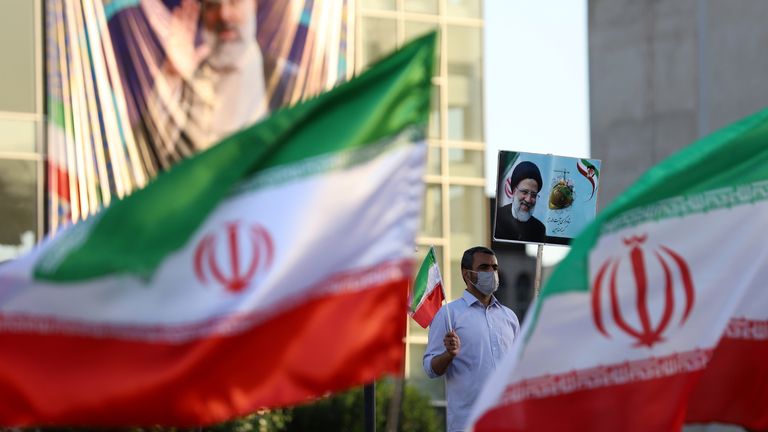 The election was held at a crucial time for the republic and the region – with US President Joe Biden’s administration seeking to ease tensions in the Middle East, which were inflamed by former president Donald Trump’s decision to withdraw the US from the nuclear accord and impose sanctions on Iran in 2018.

But he previously said domestic policies would be his key priority, notably reviving an economy crippled by US sanctions and the COVID-19 pandemic.

Mr Raisi is considered a potential candidate for replace Mr Khamenei, who served as president twice before being appointed in Iran’s most powerful position.

Mr Raisi lost in his previous run for president in 2017, but was this time boosted by the support from the supreme leader and a lack of choice of other candidates.

A hardline election body, the Guardian Council, barred moderate and conservative candidates from standing in the elections.