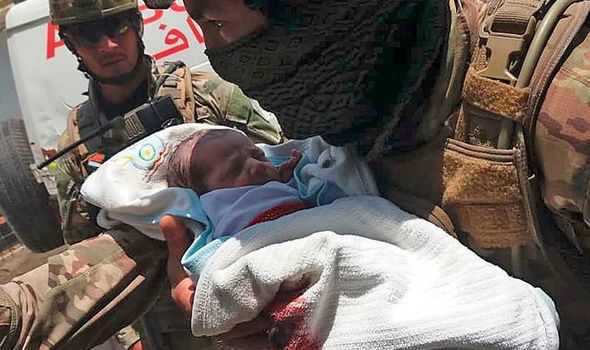 At least three crazed gunmen disguised as police officers ran amok through the clinic run by the international humanitarian organisation Doctors Without Borders in the Afghan capital Kabul. Officials believe ISIS might be behind the attack. Photos released by the Afghan Interior Ministry showed two young children lying dead inside the hospital. Another image showed a woman who had been killed lying on the ground still tightly clutching her baby which survived the atrocity and has since been moved to an intensive care unit at another hospital.

President Ashraf Ghani condemned the attacks and said he had ordered the military to switch to offensive mode rather than the defensive stance it had adopted as the US withdraws troops and tries to broker the talks.

He said: “In order to provide security for public places and to thwart attacks and threats from the Taliban and other terrorist groups, I am ordering Afghan security forces to switch from an active defence mode to an offensive one and to start their operations against the enemies.”

Security forces said they had killed the attackers by the afternoon.

Eyewitness Ramazan Ali said: “The attackers were shooting at anyone in this hospital without any reason.

“It’s a government hospital, and a lot of people bring in their women and children for treatment.” 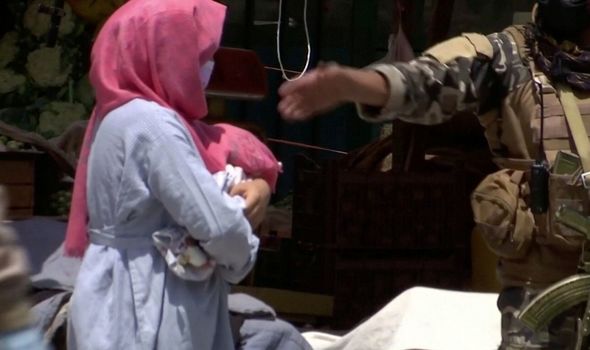 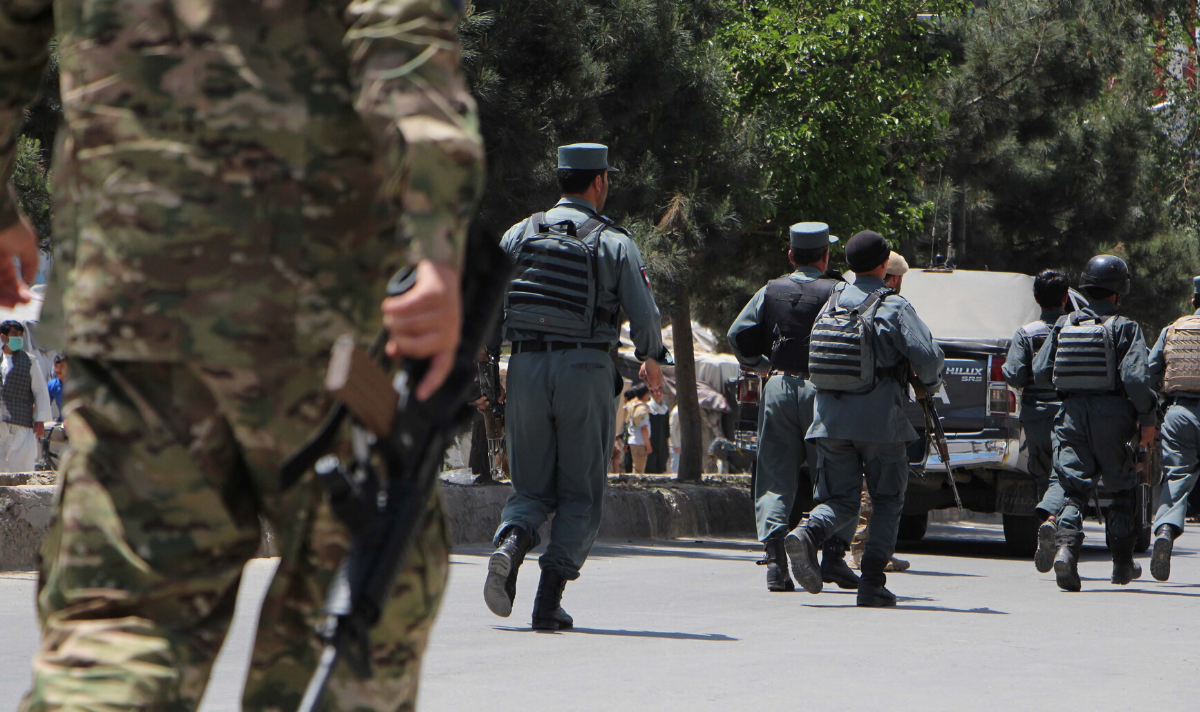 Just hours before the attack, MSF had tweeted a photo of a newborn in his mother’s arms at the clinic after being delivered safely by emergency caesarean section.

Interior and health ministry officials said mothers, nurses and children were among the dead and wounded.

Soldiers ferried infants out of the compound, some wrapped in blood-stained blankets, and officials said 100 people were rescued, including three foreigners.

The neighbourhood is home to many of Afghanistan’s Hazara community, a mostly Shia Muslim minority that has been attacked by ISIS fighters in the past.

Britain was among the countries which released statements condemning the atrocity.

There was no immediate claim of responsibility for the Kabul attack.

But Islamic State Khorasan, the Afghan affiliate of ISIS, claimed responsibility for a separate suicide bomb attack on the funeral of a police commander which killed at least 24 people and injured 68. 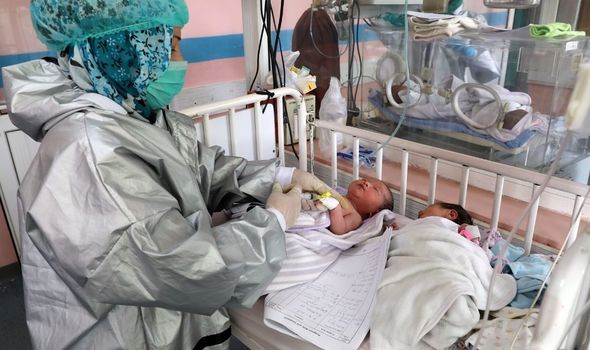 The funeral, in the eastern province of Nangahar, was attended by government officials and a member of parliament. Authorities said the death toll could rise.

The Taliban, Afghanistan’s main Islamist insurgency group which says it has halted attacks on cities under a US troop withdrawal deal, denied involvement in both attacks.

ISIS still operates in Nangahar and has carried out a number of high-profile attacks in Kabul in recent months.