Fired from Gaza, the police said a majority of the rockets were intercepted by Israel’s Iron Dome air defence system. But a spokesman from the Israeli police said that one woman was killed in the barrage.

Mickey Rosenfeld, spokesman for the Israeli police, said the attack struck at the “very heart of Israel”.

He reported the woman died from the missiles in Rishon LeZion, just south of Tel Aviv.


He added: “It is one of most intense rocket strikes on Tel Aviv, one of the most serious and largest in years, striking into the very heart of Israel.


“Security is at the highest alert.” 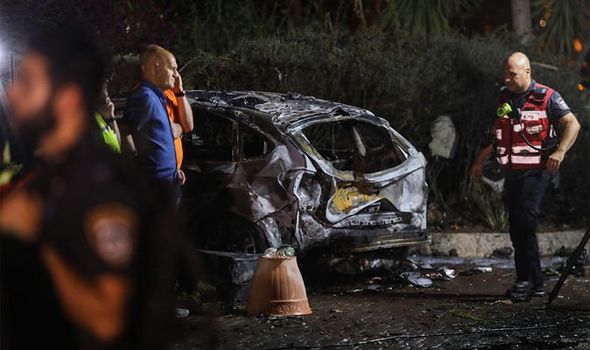 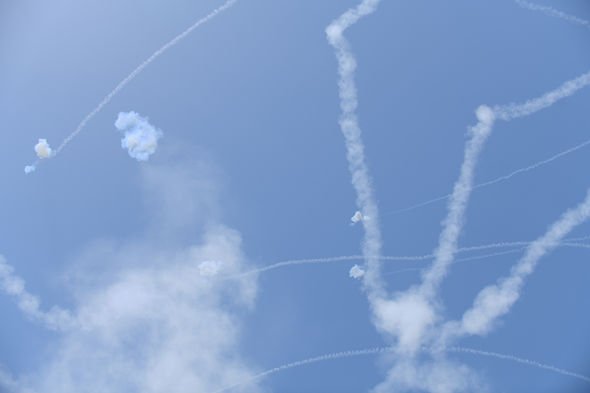 Speaking to the Independent, Mr Rosenfeld also reported another rocket struck an empty bus in nearby Holon, setting it alight.


Hamas said it had fire more than 130 rockets towards Tel Aviv in retaliation to an Israeli airstrike, which levelled a tower block.


In a statement, Hamas said: “We are carrying (out) now our promise (by) launching a massive rocket strike against Tel Aviv and its suburbs, with 130 rockets, in response to the enemy’s targeting of residential towers.” 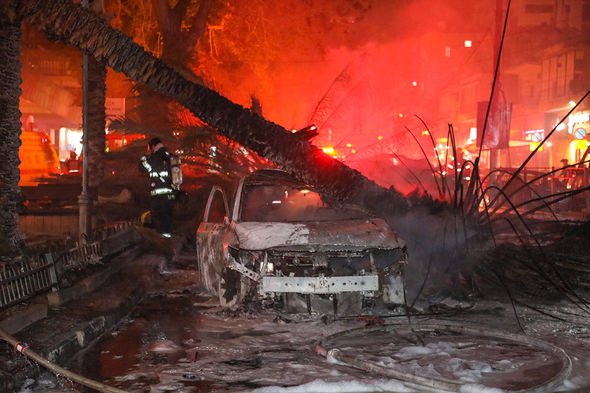 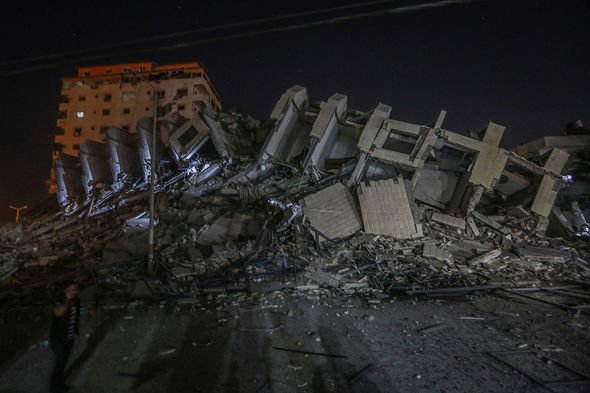 At least 26 people in Gaza have died from Israeli attacks, including ten children.


Three Israeli’s have died from Hamas attacks, including the woman in Rishon LeZion.


Residents of the area said “there wasn’t enough time” for the woman to get safely to a shelter.


Koby Richmond, 65, said to the Independent: “We were all scrambling to hide, we heard the sirens and then the house and the road shook.” 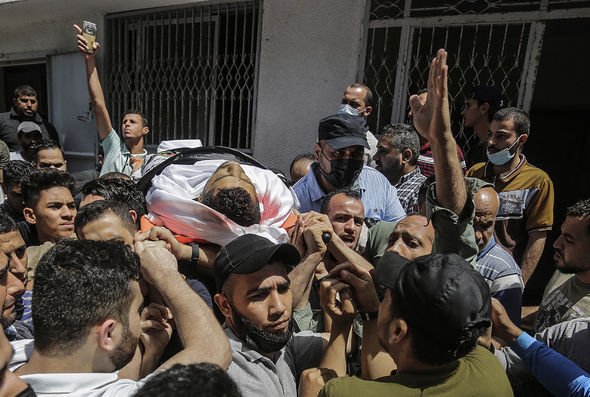 Benjamin Netanyahu, Israel’s prime minister, has vowed to “increase both the strength and rate of the strikes” on Gaza in the wake of the three deaths.


Missile strikes began after Israeli officers cracked down on protests against planned evictions in Sheikh Jarrah, Jerusalem, where Palestinians are being moved from their homes for Israeli settlers.


Hamas then fired rockets towards Jerusalem, which caused no fatalities, leading Israel to respond with airstrikes on Gaza.