ROME (Reuters) – Italy looks certain to remain under lockdown for at least two more weeks, officials said on Monday, with the number of new coronavirus cases yet to show a decisive decline. 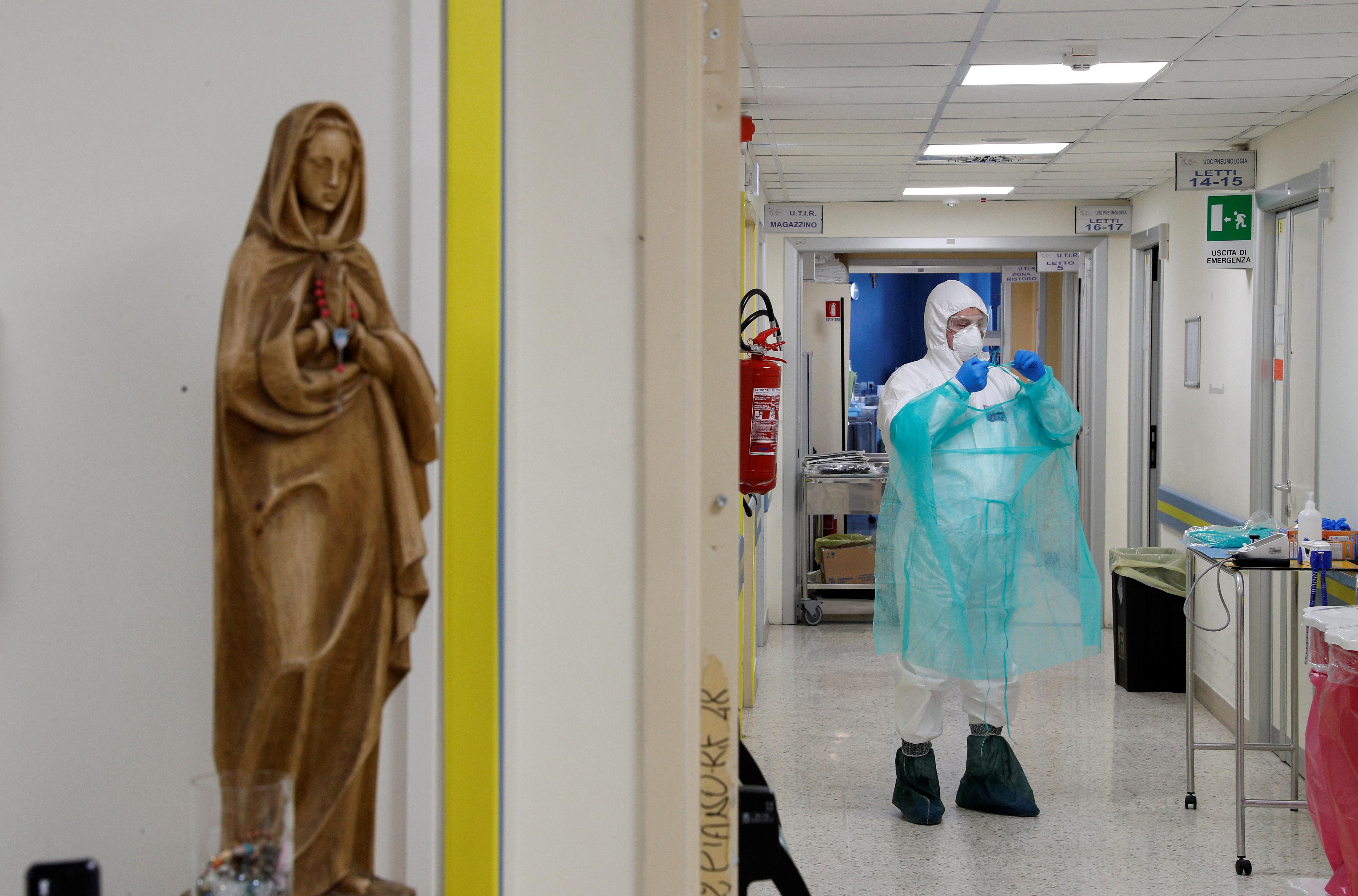 Nearly 11,000 people have died in Italy since Feb. 21, the highest death toll from the virus in the world, while some 97,689 people have been infected in a little over five weeks, more than anywhere except the United States.

Underscoring the dangers of the disease, the national doctors’ association announced the deaths of 11 more doctors on Monday, bringing the total to 61.

Not all of them had been tested for coronavirus before they died, it said, but it linked their deaths to the epidemic. Many were general practitioners in Lombardy, the worst-affected region in the north of Italy.

The governor of Lombardy, Attilio Fontana, said the government would have to extend the near total clampdown on movement and business activities which were introduced nationwide on March 9 and are due to end on Friday.

“We have to agree on this with other regions, but I think we are talking about (maintaining the block) until at least mid-April,” he told reporters. The governor of the southern region of Puglia said on Saturday the restrictions should stay until May.

Lombardy, which is centered on Italy’s financial capital Milan, accounts for almost 60% of the total deaths in Italy and 42% of the confirmed cases. However, Fontana said he was hopeful infections under control were thanks to the unprecedented curbs.

“We’re on the right track, we’re maintaining a line that’s not uphill, but it’s not downhill either,” he said.

The number of confirmed new cases fell on Sunday after three relatively stable days, but experts said a long period of decline would be needed before Italy could think about rolling back the restrictions.

“The number of new cases has to fall significantly,” said Silvio Brusaferro, the head of Italy’s public health institute, who is advising the government on how to handle the crisis.

“For sure the re-opening will happen gradually … We are even considering the British idea of ‘stop and go’, which envisages opening things for a certain amount of time and then closing them again,” he told La Repubblica daily.