TOKYO (Reuters) – Japanese Chief Cabinet Secretary Yoshihide Suga declared on Wednesday he would run for the leadership of the ruling Liberal Democratic Party, a race he is heavily favoured to win to become the next prime minister. 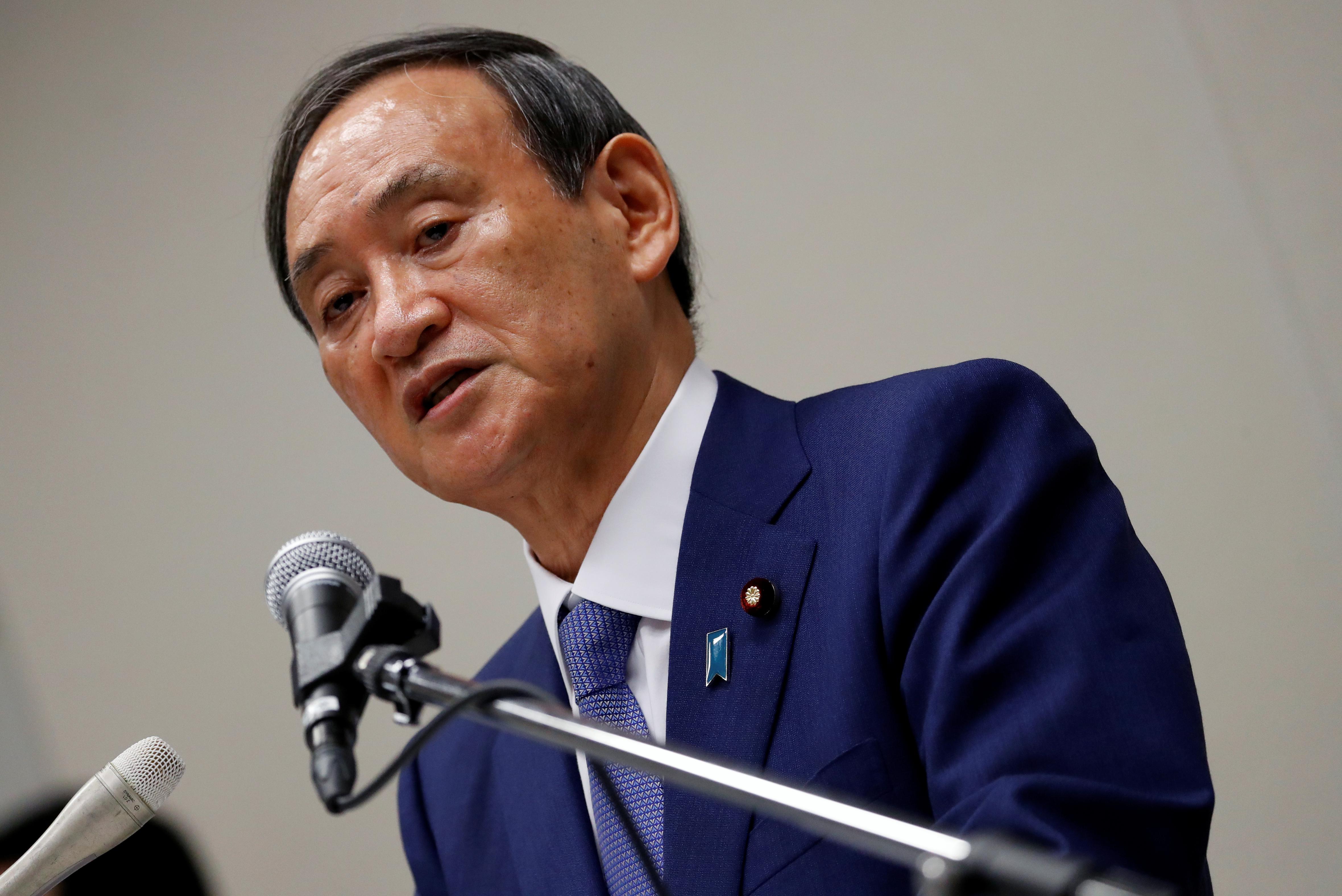 Suga, a longtime aide to outgoing Prime Minister Shinzo Abe, said he was entering the race to avoid a political vacuum during the pandemic. Should he win, Suga is widely expected to continue Abe’s policies of fiscal and monetary stimulus.

“I thought deeply as a politician and as somebody who supported the Abe administration what I should do. As a result, I made the decision to stand as a candidate for the leadership of the LDP,” Suga told reporters.

“In this time of national crisis, we cannot permit a political vacuum.”

Abe announced his decision to resign last week, citing poor health. The LDP’s majority in the lower house of parliament will ensure the party’s next leader will succeed him as prime minister.

He has secured the backing of five of the LDP’s seven factions, public broadcaster NHK and others reported.

The party decided on Tuesday to hold a slimmed-down election with just members of parliament and three votes from each of the 47 prefectures – an advantage for Suga.

Many party chapters will poll rank-and-file members to decide how to allocate their three votes, but experts say this is unlikely to change the momentum growing for Suga if the members of the five factions back him.

Financial markets also favour Suga, assuming he will continue with the reflationary “Abenomics” strategy aimed at reviving the economy.

The veteran politician has repeatedly talked about the need to quickly bring back tourism to help revitalise Japan’s regional economies, which were hobbled even before the pandemic by ageing, shrinking populations.

On Wednesday, he underscored that theme again, saying he would push forward Abenomics policies and work to help struggling regions.