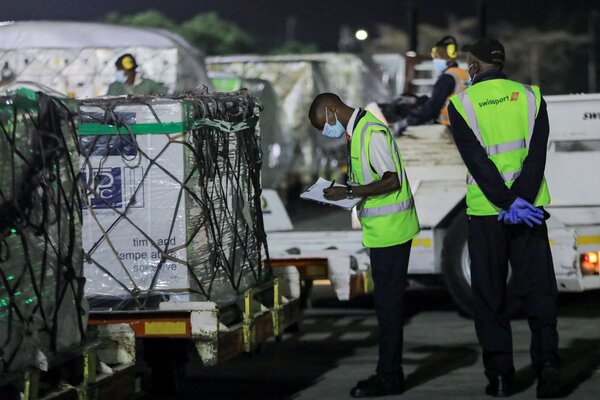 Kenya has canceled the private importation and distribution of Covid-19 vaccines, citing the need to safeguard against the possible introduction of fake doses and to ensure “greater transparency and accountability.”

Licenses given to private hospitals and clinics to administer the vaccines were canceled and any entity found to be advertising or vaccinating people for a fee will be prosecuted, the National Emergency Response Committee on Coronavirus said on Friday evening.

“Participation of the private sector in the vaccination exercise threatens the gains made in the fight against Covid-19 and puts the country at international risk should counterfeit commodities find their way into the Kenyan market,” read a statement signed by the health minister Mutahi Kagwe.

The suspension comes days after private health facilities started administering Russia’s Sputnik V vaccine, charging up to $70 for a shot. While the vaccine had received emergency use authorization in Kenya, there was confusion when some health officials said the jabs were not approved for commercial sale.

The authorities said those who received the first dose of vaccine through private plans would receive their second dose when due, but did not specify how.

Last month, Kenya received its first Covid-19 vaccines — over a million doses of the AstraZeneca-Oxford shot supplied through the global initiative known as Covax. So far, nearly 200,000 doses have been administered, with most going to health workers, security officers and teachers, along with people over 58.

But the first batch of Covax vaccines came a month late and the next shipment, which was expected this month, is already facing delays.

“There is an expectation that they will begin again in full in May, with catch-up accelerating thereafter,” a Covax spokesman said in a statement.

The suspension also comes as Kenya is undergoing a third wave of soaring infection rates, rising deaths and scarce intensive care unit beds. To curb the spread, President Uhuru Kenyatta announced a partial lockdown last week, including longer curfew hours, the closure of bars and schools, and limiting traveling in Nairobi, the capital, and surrounding counties.

On Friday, the British Embassy in Kenya said that beginning April 9, travelers who have been in or passed through Kenya in the past 10 days will be denied entry into England. British, Irish and third country nationals with residence rights will be required to quarantine in a government-approved facility for 10 days.