The chairman of a powerful House subcommittee said he is seeking answers from Exxon and other oil and gas giants over their role in spreading disinformation on climate change. 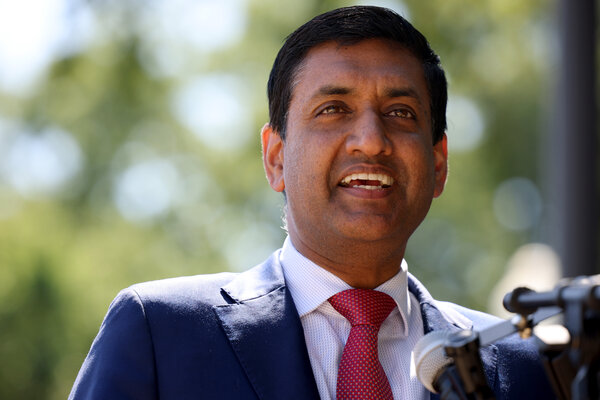 By Hiroko Tabuchi and Lisa Friedman

The chairman of a House subcommittee is demanding that executives of Exxon Mobil Corp., Shell, Chevron and other major oil and gas companies testify before Congress about the industry’s decades-long effort to wage disinformation campaigns around climate change.

Representative Ro Khanna, Democrat of California, said Friday he was prepared to use subpoena power to compel the companies to appear before lawmakers if they don’t do so voluntarily.

The move comes a day after a secretive video recording was made public in which a senior Exxon lobbyist said the energy giant had fought climate science through “shadow groups” and had targeted influential senators in an effort to weaken President Biden’s climate agenda. Several of those senators said this week that the lobbyist exaggerated their relationship or that they had no dealings with him.

“The video was appalling,” Mr. Khanna said in an interview on Friday. He called it the latest evidence of the fossil fuel industry’s efforts to “engage in climate denialism and to manipulate public opinion and to exert undue influence in shaping policy in Congress.”

Mr. Khanna said the House Oversight and Reform Subcommittee on the Environment, which he chairs, will issue letters next week to top executives at Exxon Mobil, Shell, Chevron and other oil and gas companies and trade groups demanding documents and testimony. One major target of the panel’s inquiry are dark money groups that have been funded by fossil fuel companies to disseminate falsehoods about climate science and policy solutions. The hearing is expected to be held in the fall.