GENEVA — The annual choice of who will steer the United Nations’ top human rights organization is usually done quietly and by consensus. For months, this year’s selection seemed to follow that script.

Until a week ago, that is, when an unexpected contest emerged over the 2021 presidency of the organization, the U.N. Human Rights Council. The position — which holds significant sway over a body that, despite its name, includes some of the world’s worst rights abusers — rotates by region, and is due to be filled next year by a member of the Asia-Pacific bloc of countries.

The dispute over the council presidency is pitting some of the U.N.’s most powerful member states against tiny Pacific Island nations, and is playing out as U.N. members jockey for influence in anticipation of a new, more engaged American administration.

For months, the only announced candidate to lead the council next year was Fiji’s U.N. ambassador, Nazhat Shameem Khan, the country’s first female High Court judge, a former prosecutor and a diplomat well regarded by Western nations.

But three days before the deadline for applications, another member of the regional bloc, Bahrain, tossed its hat in the ring and told Fiji to step aside, setting off a round of infighting.

Bahrain is closely aligned with Saudi Arabia, whose human rights record — including the state-sponsored killing of the dissident Jamal Khashoggi — is bad enough that it suffered an embarrassing defeat this fall when it sought only a seat on the council. Syria, a member of the bloc aligned with Russia and with a long and notorious record of abuses, also pledged to block Fiji.

“That was quite a shock,” Doreen de Brum, a diplomat from another Pacific nation, the Marshall Islands, said of the opposition. “We thought Fiji would be the sole name.”

Geneva-based diplomats interpret opposition to Fiji’s candidacy as an effort by China, Russia and Saudi Arabia to put the council’s presidency in the hands of a compliant state as the role of the United States takes new shape under the incoming Biden administration.

“They feel they are losing control,” Marc Limon, a former diplomat and director of the Universal Rights Group, a think tank, said of opponents to Fiji’s candidacy.

“The lengths they went to and the level of subterfuge employed to pull this off suggests they had one eye on a Biden administration return to the council,” Mr. Limon added. China, in particular, has tried to take advantage of America’s absence from the council to expand its influence.

The Geneva-based Human Rights Council, whose mission is to promote and protect rights, includes representatives from 47 nations elected to staggered three-year terms.

As a member for two years, Fiji has backed investigations into reported abuses in Venezuela, Belarus, Syria and Yemen — the sort of country-specific resolutions that have been fiercely denounced by China and others. 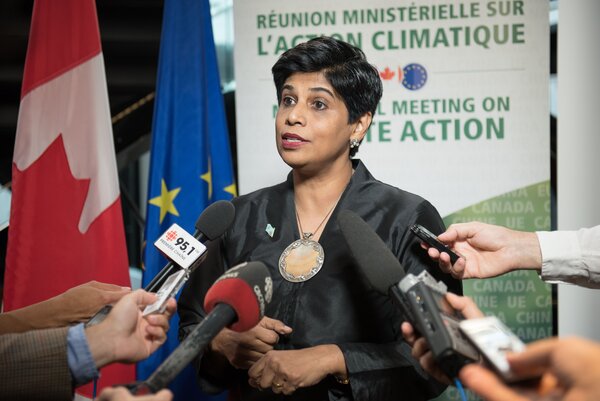 The issue has particular resonance as 2021 looms. Western governments hope the United States will re-engage with the council under President-elect Joseph R. Biden Jr., filling a vacuum left when the Trump administration walked out on the body in 2018.

Western governments have wanted the council to consider changes that would encourage U.S. reinvolvement after the Trump administration denounced the body as a “cesspool” of anti-Israel bias.

These diplomats want the council to reconsider why Israel is the only nation treated as a standing item on its agenda. They also hope to introduce tougher rules for council membership, another issue cited by the Trump administration when it pulled out.

It has been led for the past year by the Austrian ambassador Elisabeth Tichy-Fisslberger, who has been known for her persistence and adroit leadership. The council had risked shutting down during the Covid-19 pandemic, but instead it completed two sessions, leading to action on high-profile issues ranging from racism in the United States to human rights abuses in Venezuela.

Fiji’s prime minister, Frank Bainimarama, far from backing down, has been contacting fellow Pacific Island leaders to rally support for his country’s candidacy.

On Thursday, the Marshall Islands said it would reject any candidate but Fiji and demanded a meeting of the Asia-Pacific group to sort the matter out. Qatar, which is at odds with Saudi Arabia, said it would also oppose the candidacy of Bahrain and its ambassador, Yusuf Abdulkarim Bucheeri.

That could set the stage for a vote by the bloc in the coming weeks.