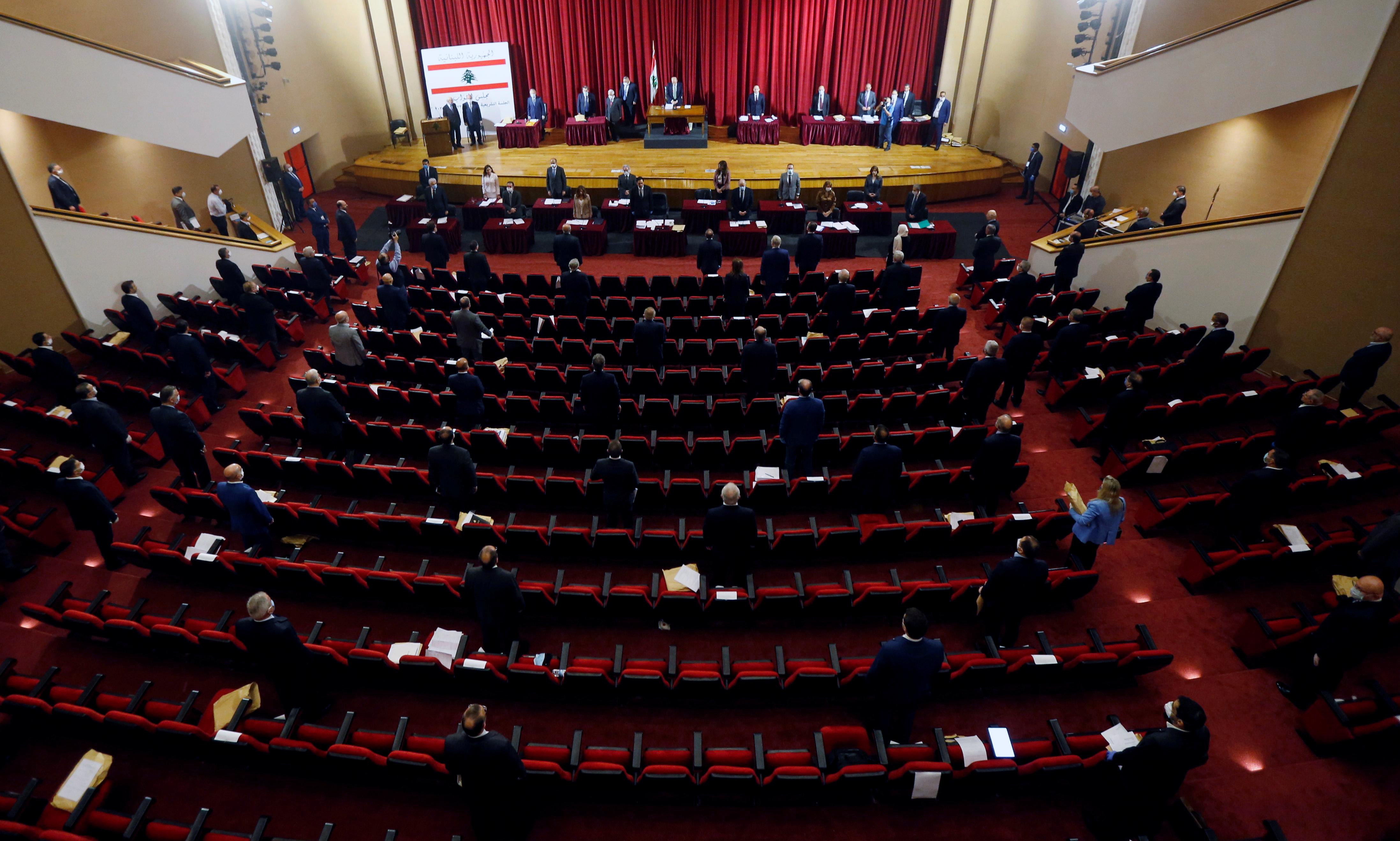 BEIRUT (Reuters) – Lebanese MPs were sprayed with sanitizer as they arrived for a legislative session on Tuesday that was relocated from the Beirut parliament building to a theatre to allow for social distancing against the coronavirus.

MPs had their temperatures taken upon arrival at the UNESCO Palace building and their legs were sprayed by a man in hazmat suit. Many wore facemasks during media interviews.

Parliament Speaker Nabih Berri sat on a desk on stage as the three-day session began.

MPs will debate draft laws including one to regulate the cultivation of cannabis for medical use, a controversial amnesty, and a proposal to lift immunity from prosecution for government ministers.