MILAN (Reuters) – The northern Italian region of Lombardy, at the epicentre of Europe’s worst coronavirus outbreak, began an antibody testing programme on Thursday as it prepared to start opening up its economy following weeks of lockdown. 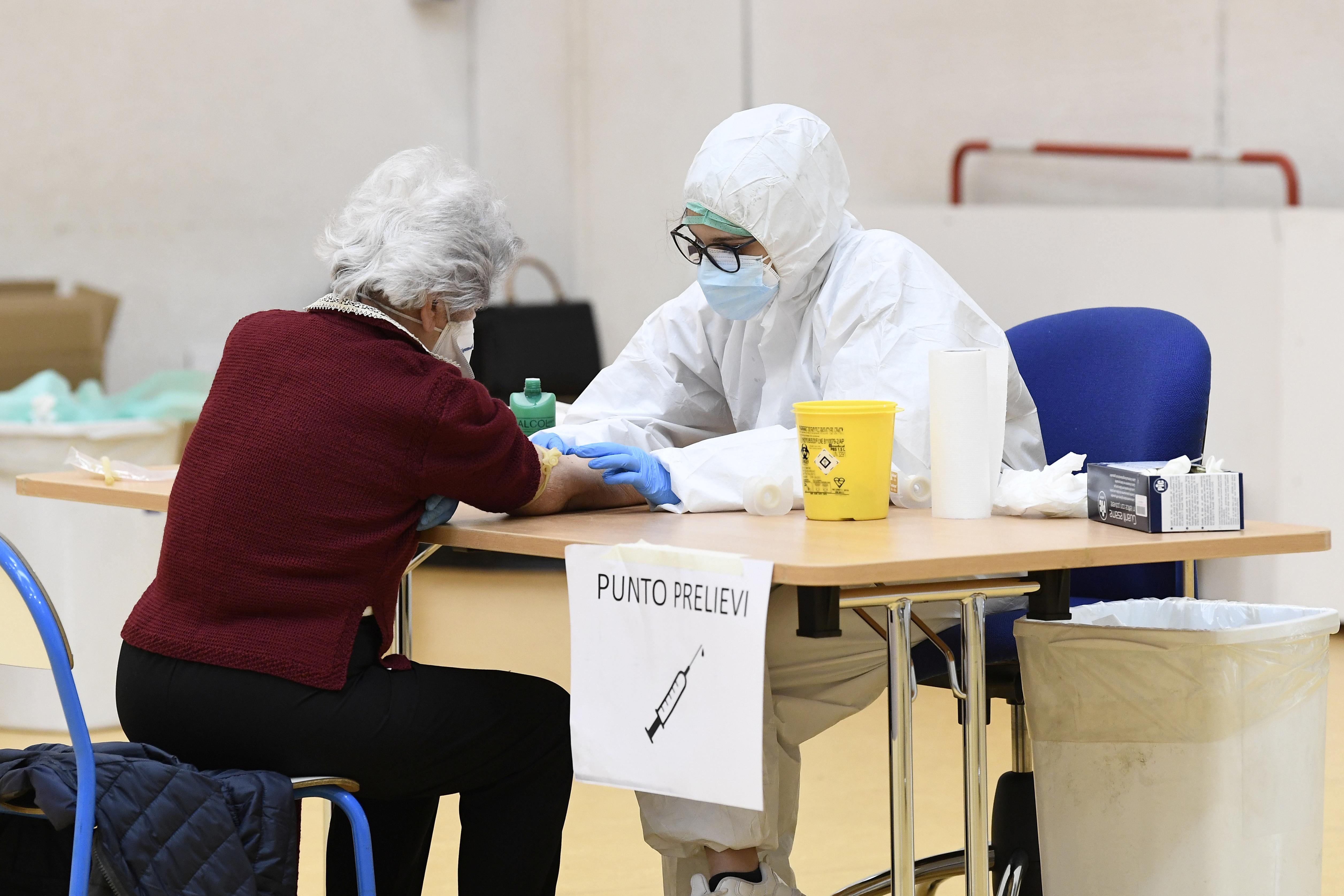 The so-called serological tests on intravenous blood samples, using a kit designed by diagnostics specialist Diasorin, will be carried out in 14 of the worst-hit areas of Lombardy before being extended to the whole region next week.

Unlike nasal swab tests, which look for the presence of the coronavirus directly, the serological tests look for antibodies that indicate viral contagion, but they are quicker and simpler to administer.

They come as authorities around the world have begun to step up broad-based testing programmes they hope will give them a clearer picture of the spread of the virus, as they plan a gradual easing of lockdown measures that have kept much of the world’s population in confinement for weeks.

“The tests offer some certainty today and could give us more tomorrow,” Giorgio Gori, mayor of the town of Bergamo, one of the major centres of the outbreak, told SkyTG24 television.

He said the tests would have to be complemented by swab tests to confirm a patient’s status.

The tests in Lombardy will be carried out initially on people in voluntary quarantine, either because they have influenza-like symptoms often seen in COVID-19 patients or because they are suspected of having the disease.

Following the neighbouring regions of Veneto and Emilia-Romagna, which began testing earlier this month, Lombardy is the latest of a patchwork of testing programmes in Italy, which is expected to begin easing the national lockdown from May 4.

Lombardy, where the outbreak first emerged on Feb. 21, remains one of the worst affected regions in the world, accounting for around half of Italy’s 25,000 COVID-19 deaths.

Even before regional authorities began testing, a string of local municipalities had started testing on their own, while several large employers, planning for the period following a return to work, have also set up testing programmes.

“We started to do serological tests because we needed to have answers and to give answers,” said Luca Dure, mayor of the town of Cisliano, just outside Milan, who said the municipality had to be sure that volunteers looking after the elderly had not been infected.

“We had the doubt that those volunteers carrying out these services could have been, in some way, in contact with the virus and this worried us a lot. So we tried to give some answers.”

With Italy’s fragile economy facing the most serious collapse since World War Two, authorities are desperate to restart production while avoiding a second wave of infections that could reignite the epidemic.

But in the absence of a cure or vaccine, the response has been hampered by the many unknown aspects of the virus and uncertainty over whether immunity can be developed against it.

Authorities had hoped antibody tests would allow them to issue so-called immunity certificates to let people with defences against the disease return to work.

However, scientists have warned that while they may help identify how many people have been infected, there is no certainty over whether the presence of antibodies shows that a patient has developed immunity. 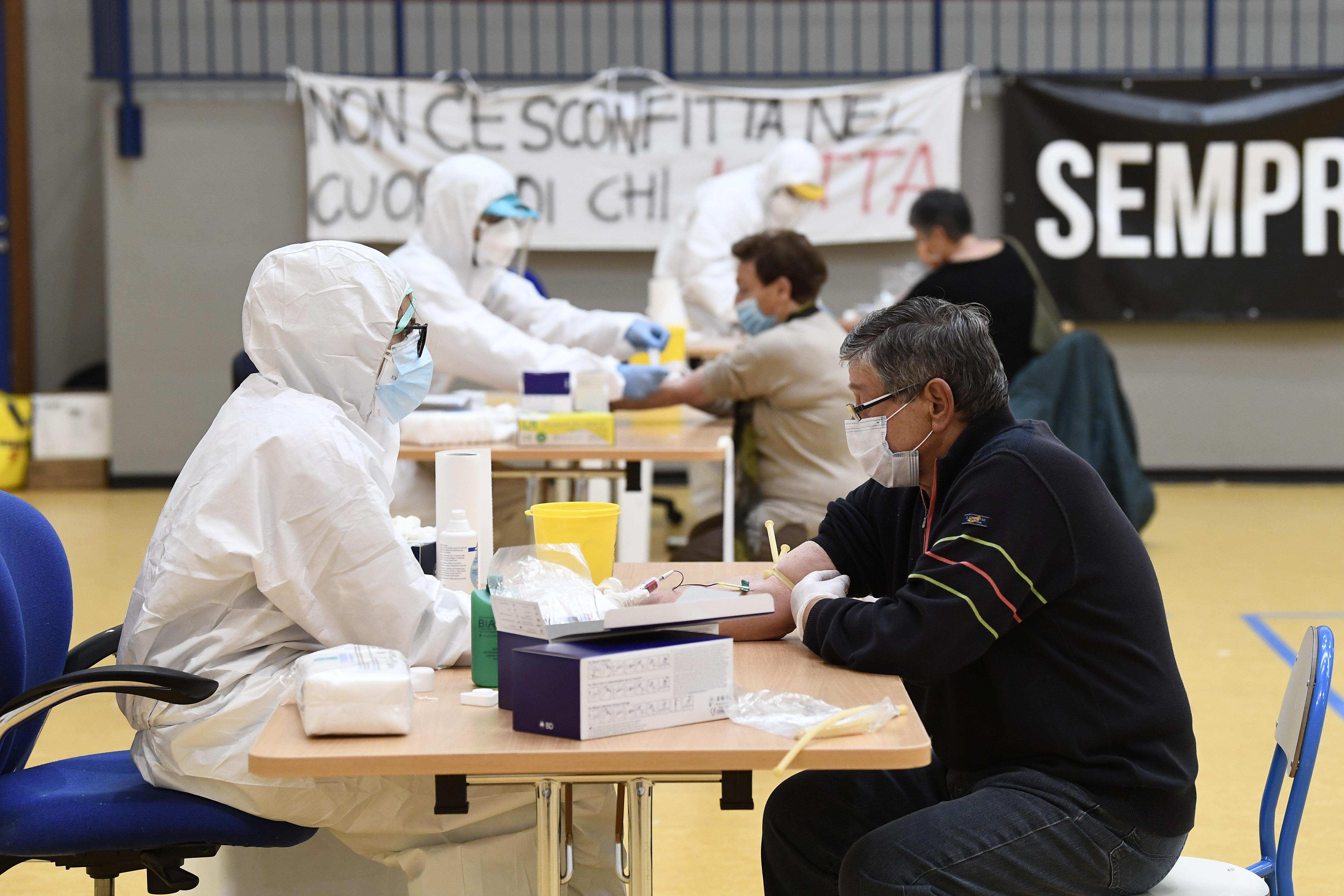 The plethora of different testing systems and individual initiatives have added to confusion, with some doctors offering tests to paying patients and home tests being sold online.

One doctor offering tests in Milan said they could give some indication but would have to be complemented by the standard swab tests for complete security.

“The tests offer a quick, economical and relatively reliable diagnosis for patients with symptoms but they’re less appropriate for asymptomatic patients,” he said. “We’re not sure whether immunity exists for the disease.”