MINSK (Reuters) – Facing growing protests that have posed the biggest challenge to his 26 years in power, President Alexander Lukashenko said on Monday he was ready to share power in Belarus, although not under pressure from the streets.

His apparent concession came after exiled opposition politician Sviatlana Tsikhanouskaya said she was willing to lead the country.

Amid increasing demands to quit after the biggest protest against him yet, Lukashenko faced heckling from workers at a factory he visited in Minsk on Monday morning with people chanting “Step Down” as he tried to answer their questions.

Opponents of Lukashenko say he rigged a presidential election on Aug. 9 to secure a sixth term in power. He denies losing, citing official results that gave him just over 80% of the vote.

He told workers on Monday there would be no new presidential election, something the opposition wants, until he was killed.

The official Belta news agency quoted him as saying he would be willing to share power however, and to change the constitution, but that he was not prepared to do so under pressure from protesters.

Work was already underway on possible changes to the constitution that could redistribute power, Belta reported him as saying.

Speaking in a video address from Lithuania, opposition politician Tsikhanouskaya urged security and law enforcement officers to switch sides from Lukashenko’s government, saying their past behaviour would be forgiven if they did so now.

“I am ready to take responsibility and act as a national leader during this period,” Tsikhanouskaya said, saying it was essential to make the most of the momentum generated by a week of protests.

She called for the creation of a legal mechanism to ensure that a new fair presidential election could be held.

Her video was released as Interfax reported that employees from the state broadcaster BT has gone on strike, after several of their presenters and staff publicly resigned last week in solidarity with the protesters.

The broadcaster was showing re-runs of old programmes on Monday morning before issuing a fresh news bulletin. Videos circulating on social media suggested BT had at one point aired footage of an empty studio with white sofas, and music playing.

Reuters could not independently confirm that and the broadcaster could not immediately be reached for comment.

Thousands of protesters marched in Minsk on Monday morning to the state-run Minsk Automobile Plant (MAZ) to where Lukashenko flew by helicopter to speak to striking workers. 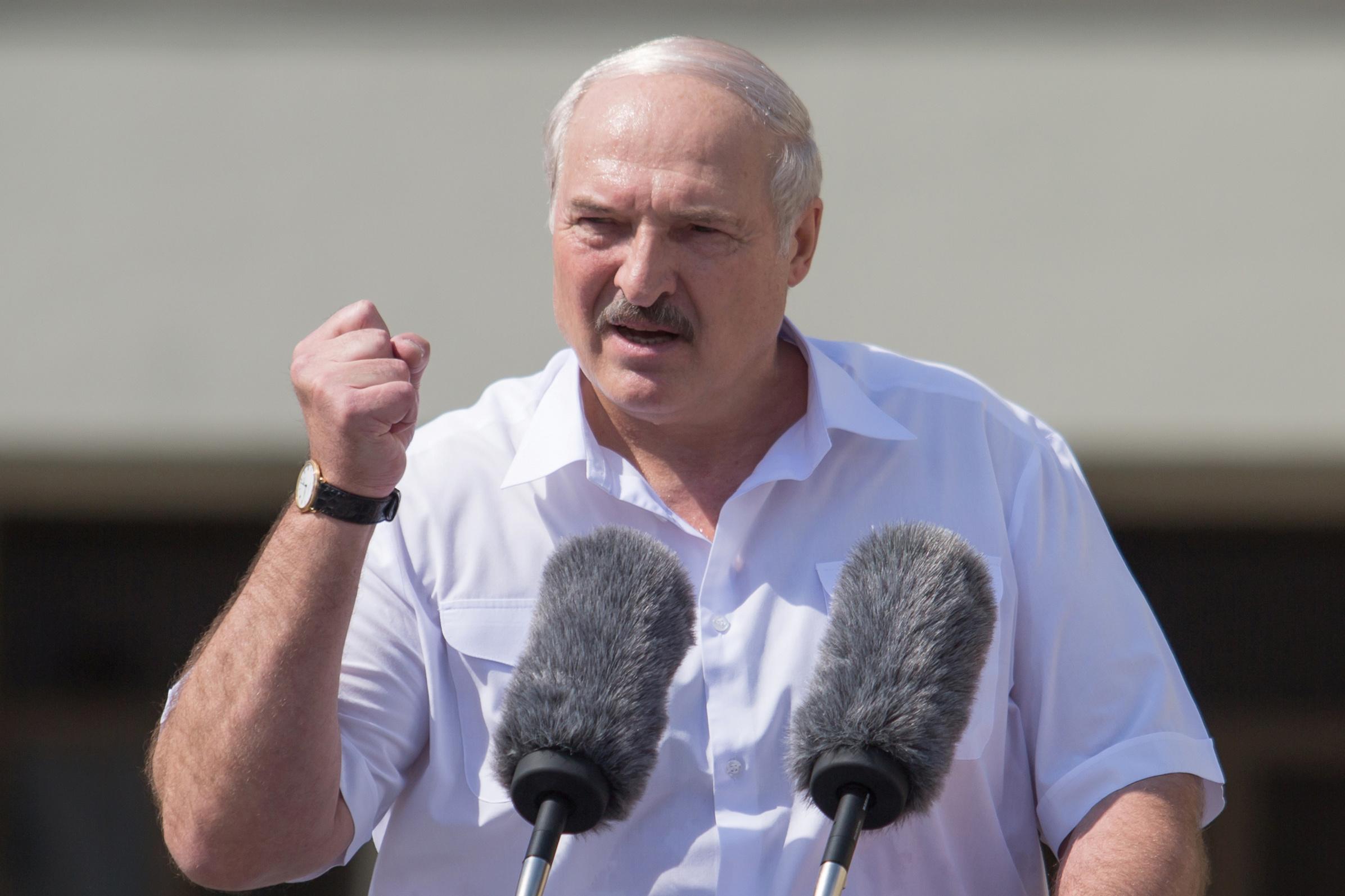 Lukashenko played down the impact of the strikes, saying “those who want to work, let them work. They do not want to work, well, we will not force them,” according to comments released by Belta.

The media outlet Tut.By reported that workers at Belaruskali, one of the world’s largest potash producers, had also threatened to stop production. The state-owned firm, which is a key source of dollar revenue for Belarus, told Reuters on Monday its plant was still working.