Detective Goncalo Amaral said a jailed man, now unmasked as Christian B, was wanted when the three-year-old vanished 13 years ago. But he said the rapist was “discarded” after detectives found nothing to suggest he snatched her from her parents’ holiday apartment in Praia da Luz.

The police chief was later thrown off the investigation after suggesting Maddie’s parents Gerry and Kate were responsible for her disappearance. Speaking last year, Amaral predicted UK police were “probably going to use a German paedophile who is in jail in Germany” as their prime suspect.

The now-retired police chief said British detectives had been focusing their investigation on two German paedophiles.

This week, in a sensational development, British and German police revealed Christian B, 43, was now the prime suspect. He was imprisoned in Germany for the rape and assault of a 72-year-old American woman in the Algarve in 2005.

Detectives leading the investigation said he was a drifter who lived in Praia da Luz until 2007 – the year that Madeleine vanished. 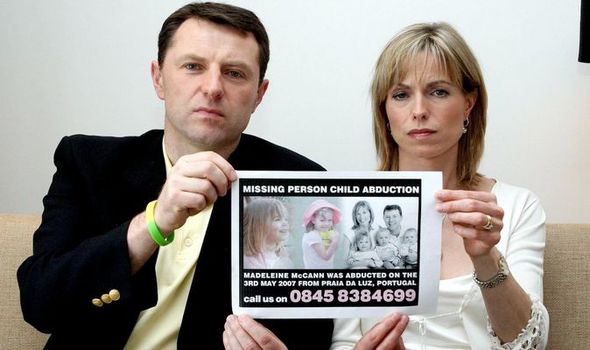 Last year, Amaral said a German paedophile suspected over her disappearance was not notorious Martin Ney, 49.

He was jailed for life in 2012 after confessing to the abduction and murder of three children.

When Amaral was shown a picture of Ney he said: “The suspect is not him, it’s another man.

“He’s also in prison in Germany. He’s also a paedophile.”