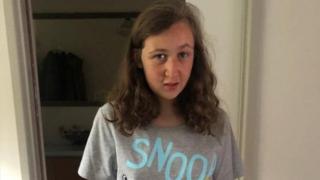 An inquest has opened into the death of a London teenager who was found dead while on a family holiday in Malaysia.

Nóra Quoirin, 15, vanished from her room at the Dusun rainforest resort last August.

Her unclothed body was found beside a stream just over a mile away after a 10-day search operation.

Malaysian police said there was no foul play but Nóra’s parents said she would not have wandered off alone otherwise, and fought for an inquest.

On Monday, Coroner Maimoonah Aid said the inquest aimed to determine how and when the teenager died and whether anyone was “criminally” connected.

She said that the inquest served to deliver “justice for everyone”.

Nóra, her parents and her younger brother and sister arrived at the eco-resort near Seremban, about 40 miles (65 km) south of the Malaysian capital Kuala Lumpur, on 3 August last year for a two-week stay.

Her disappearance the next day sparked a vast search operation.

An initial post-mortem report said that Nóra had died due to gastrointestinal bleeding from hunger and stress over a prolonged period.

But the family have always insisted it was highly unlikely their daughter – who had severe learning and development disabilities – would have wandered off alone.

Nóra was born with holoprosencephaly, a disorder which affects brain development.

In January, her Irish mother, Meabh, and her French father, Sebastian, expressed their shock at the case being closed by Malaysian police.

They called for an inquest in order to have “the fullest possible picture of what happened to Nóra and how her case was dealt with”.

They previously said: “As a vulnerable child, with significant physical and mental challenges, we strongly refute any conclusion that Nóra was alone for the entire duration of her disappearance.”

Nóra’s parents were unable to attend the proceedings in Malaysia due to the Covid-19 pandemic but are expected to give evidence through video conferencing next week.

The inquest is scheduled to last until September 18.