A large manhunt has been launched in South Africa after a group of prisoners escaped as they awaited trial.

The inmates made a break from Malmesbury Correctional Centre in the Western Cape on Friday afternoon.

Police were deployed to the area to search for them on foot and in vehicles, and managed to arrest “several escapees”, police spokesman Novela Potelwa told The South African.

It is not clear how many escaped.

The prisoners’ escape was captured by a member of the public who was in his car outside the prison.

In the video several men wearing yellow prison uniforms could be seen running from the jail as shots are heard, and he said some “even hijacked a vehicle”.

Further footage showed police arresting a prisoner who was found on a highway under a truck, while another video showed two other prisoners being placed in a police van after being found outside a house. 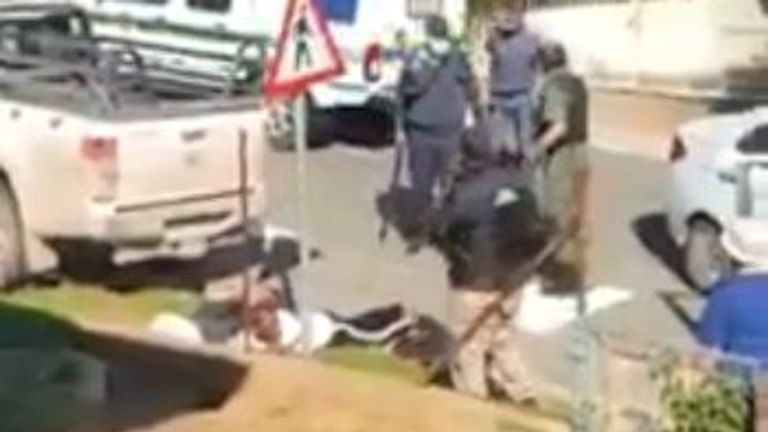 People in the area have been warned to not attempt to apprehend the prisoners.

“The search party including detectives, on foot and in vehicles, has already covered much ground with the re-arrest of several escapees,” he said in a joint statement issued with police.

“As the search intensifies, additional support will be summoned.

“Meanwhile, an investigation is underway to determine how the escape occurred.”