Man doing maths on plane questioned by security ‘She thought I was a terrorist!’ 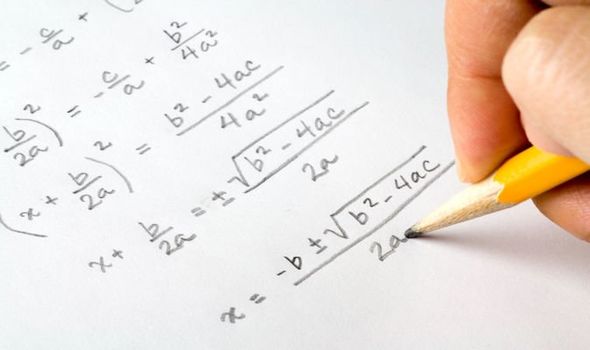 The unfortunate story of a maths whizz and a nosy aeroplane passenger has resurfaced across social media. Back in 2016, University of Pennsylvania economics professor, Guido Menzio, found himself in a sticky situation before taking off on an American Airlines flight from Philadelphia to Syracuse.

He had been sitting next to a woman on the plane who at first said she felt unwell, so had to be escorted off the plane, when in fact, she just wanted to raise concerns about Mr Menzio’s scribbles on a piece of paper (which turned out to just be a maths equation).

Writing on Facebook, Mr Menzio said: “The pilot came and asked me out of the plane. Then I am met by some FBI looking man-in-black. They ask me about my neighbour I tell them I noticed nothing strange.

“They tell me she thought I was a terrorist because I was writing strange things on a pad of paper.”

It was at this point that an awkward conversation took place between the pilot and Menzio to confirm that the scribblings of a ‘foreign language’ were just maths.

Speaking to The Washington Post, Mr Menzio said that the pilot “seemed embarrassed” when he learnt that the woman’s doubts were nothing but paranoia, and that he was just preparing for a talk at Queen’s University on a working paper about menu costs and price dispersion.

The flight eventually took off after a two hour hold up and the woman, who he declined to name, decided to take a separate flight that evening.

At least some Reddit users saw the jovial side of this rather awkward situation, with one joking “weapons of math destruction”, while another said “it’s Al-gebra, not Al-Qaeda”.

A third replied: “America, if you had just listened in school, then math would not be terrifying.”