Manchester snow: Heavy snow strikes – When will it snow in Manchester?

Manchester has been blanketed by heavy snow in parts overnight. Travel services are reporting a number of incidents in the area due to the snow with many parts of the region covered by a severe amber warning on Tuesday. Up to six inches of snow is anticipated in some parts of Manchester.

The Met Office has issued a slew of severe weather warnings for the coming days as an Arctic blast hits the country.

An amber weather alert is in effect across Greater Manchester and surrounding areas including parts of Yorkshire, Blackburn with Darwen, Lancashire and Derbyshire.

The warning, which is in force until 1pm today, advises of an area of snow which is expected to move north across the region during Tuesday morning before easing later today.

Up to six inches (15cm) of snowfall is expected across higher ground (above 200m), wirth up to 3.1 inches (eight cm) expected more widely across the affected area. 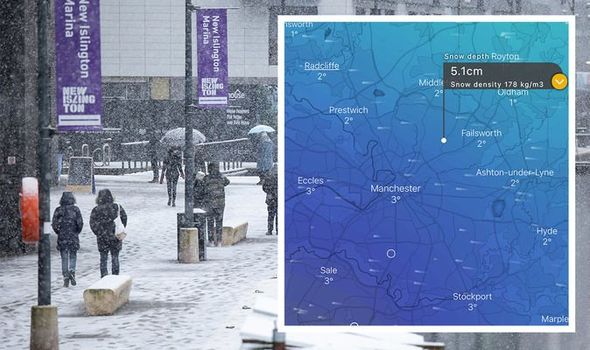 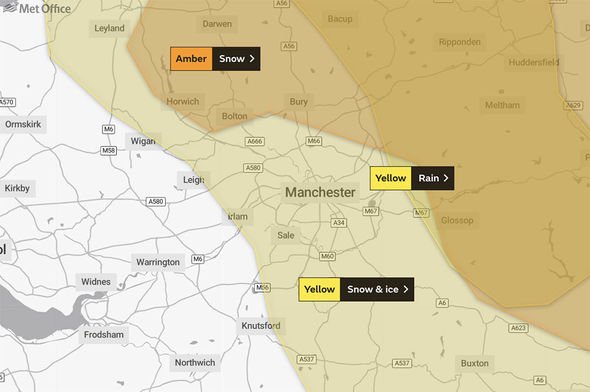 The remainder of Manchester is covered by a yellow snow and ice warning where snow and widespread ice is likely, potentially leaving difficult driving conditions.

The Met Office warning advises of up to eight inches (20cm) of snow across the highest ground, with 1.2 inches (three cm) expected across lower ground.

Across the higher ground, drifting and temporary blizzard conditions may occur according to forecasters.

Snow is likely to turn to rain later on Tuesday across much of northern England.

In addition to the snow, some freezing rain is possible for parts of northern England and if this may take place, widespread icy stretches would form. 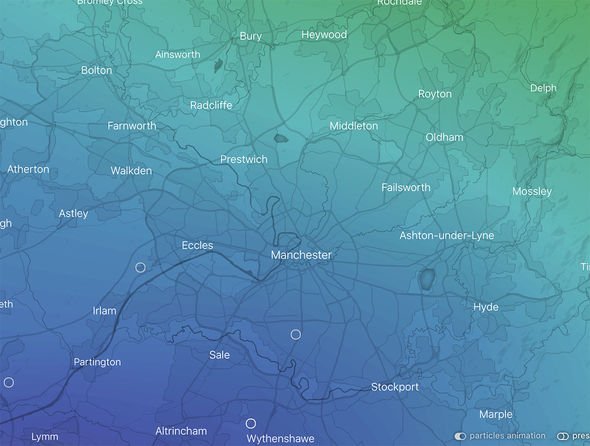 When will it snow in Manchester? How much snow will fall?

Snow maps from weather forecasters show snow falling from the early hours of Tuesday through to Wednesday.

The snow depth map from WX Charts reveals snow is likely to begin from 6am on Tuesday.

The heaviest snowfall is expected to hit around from 9am to 6pm on February 2. 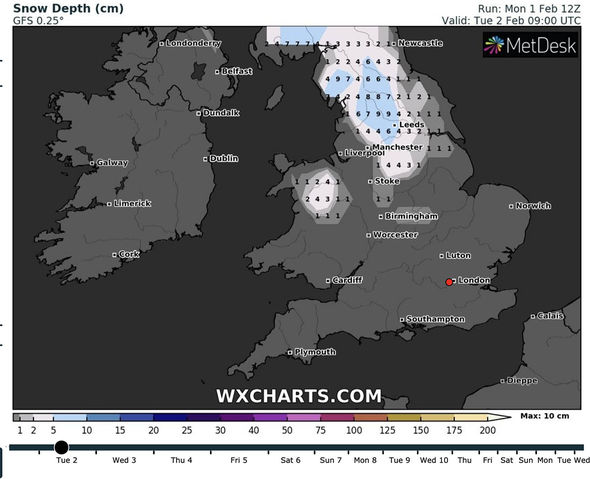 The snow depth map from Windy.com reveals up to two inches (five cm) is expected in northern parts of Manchester at 8am on Tuesday.

The snow is expected to continue throughout the day, at a slower rate with up to 1.7 inches (four cm) expected around 4pm on Tuesday.

Snow will continue to affect many northern parts of the region through to Wednesday with conditions clearing throughout the day.

The snow is expected to clear completely on Friday, but is then forecast to arrive again over the weekend, particularly on Sunday. 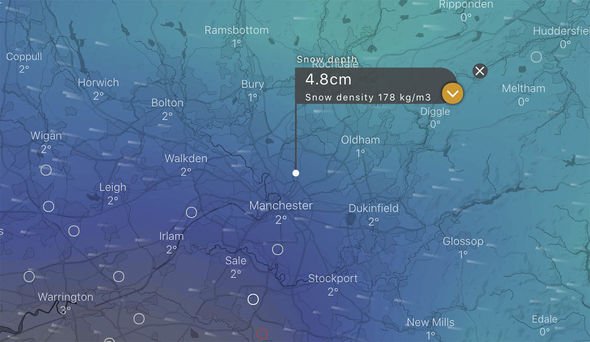 The weather forecast in Manchester warns of heavy snow and rain in the coming days with a risk of ice and flooding.

On Tuesday there is a risk of heavy snow at times which will bring accumulations inland and over high ground.

Conditions will turn rainy at lower levels through the day, with the risk of freezing rain for a time, potentially bringing icy stretches.

During Tuesday afternoon, the weather is forecast to turn milder with heavy showers.

The weather will gradually become drier in southern parts of Manchester.

On Wednesday, the rain and hill snow will continue to linger across northern areas.

Drier spells are forecast in the south on Wednesday, with cloudy conditions hitting the region for all later in the day, before rain and showers break out.

Thursday will begin with wet conditions and outbreaks of rain and hill snow before it turns drier later.

Conditions are due to become colder on Friday with a mixture of sunny spells and wintry showers, perhaps with longer spells of rain and hill snow as well.

Over the weekend, the weather will become increasingly cold, and it will remain unsettled with wintry showers and perhaps longer spells of sleet or snow on Sunday.