'Many black communities have poor experiences at hands of police'

Ethnic minorities in UK could face further discrimination as a result of new rules in the pandemic, academics say. 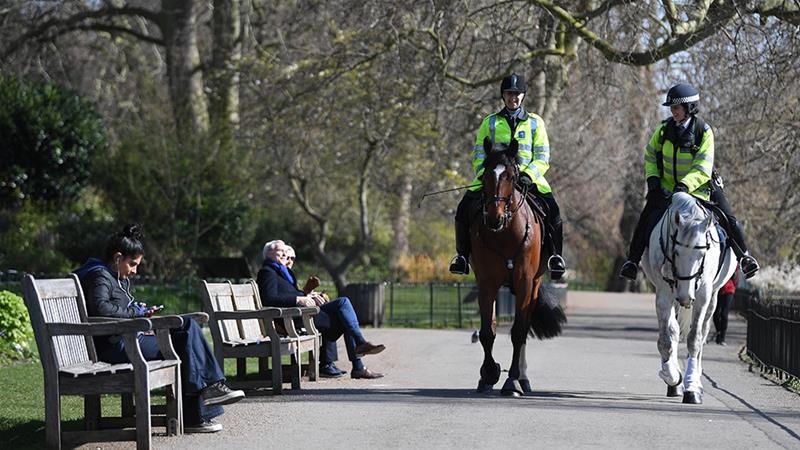 London, United Kingdom – The COVID-19 pandemic could deepen inequalities felt by ethnic minorities in the United Kingdom, leading academics have said, amid rising socioeconomic and health concerns for communities on the margins as the country tries to contain the spread of the coronavirus.

Fourteen academics released Ethnicity, Race and Inequality in the UK on Wednesday, a book which paints a bleak picture of the extent of racial discrimination in sectors including employment, health, housing and education.

It follows data by the Intensive Care National Audit and Research Centre (ICNARC), which said a third of critically-ill COVID-19 patients recorded up to April 3 were from Black and Minority Ethnic (BME) backgrounds.

Bridget Byrne, one of the book’s authors, a professor of sociology and director of the Centre on Dynamics of Ethnicity and Inequality at the University of Manchester, said the pandemic was a “stark reminder of how inequalities could lead to very fatal outcomes”.

For example, she feared that police powers under the UK’s Coronavirus Act 2020, signed into law last month, could disproportionately affect young black men.

Under the law, police are able to arrest those suspected of flouting lockdown rules and detain people suspected of having the virus.

But there are persistent concerns that the police abuse stop-and-search powers and target ethnic minorities.

Recent government data showed that between April 2018 and March 2019, in every 1,000 stop-and-search operations, four white people were stopped, compared with 38 black people – the highest of any ethnic group.

“Many black communities have very poor experiences at the hands of police,” she told Al Jazeera.

“If you give police the right to question and stop people just because they’re walking on the street, it’s going to have a different impact depending on people’s racialised position and their immigration status.

“Increased police powers, particularly policing street behaviours would need a lot of scrutiny in terms of how that impacts differently on communities.”

The UK’s first conviction under the Coronavirus Act involving Marie Dinou, a black woman from York, resulted in police admitting they had wrongfully charged her under the new law, and apologising.

There were also worries about housing and overcrowding; elderly people were more vulnerable in inter-generational households, said Byrne.

“Ethnic minorities have much higher levels of overcrowded housing”, she said. “Some BME groups live in larger family groups which makes them more vulnerable in the context of coronavirus.”

Under the government of Theresa May, the former prime minister, the Right to Rent scheme forced UK landlords to check the immigration status of their tenants.

“It has allowed increasing discrimination in private housing market, because the need to verify people’s immigration status could be used as an excuse to not let people rent,” said Byrne.