QUETZALTENANGO, Guatemala (Reuters) – Guatemala’s indigenous Maya towns are spurning returned migrants, threatening some with burning their homes or lynching as fear spreads about more than 100 deportees from the United States who tested positive for the new coronavirus. 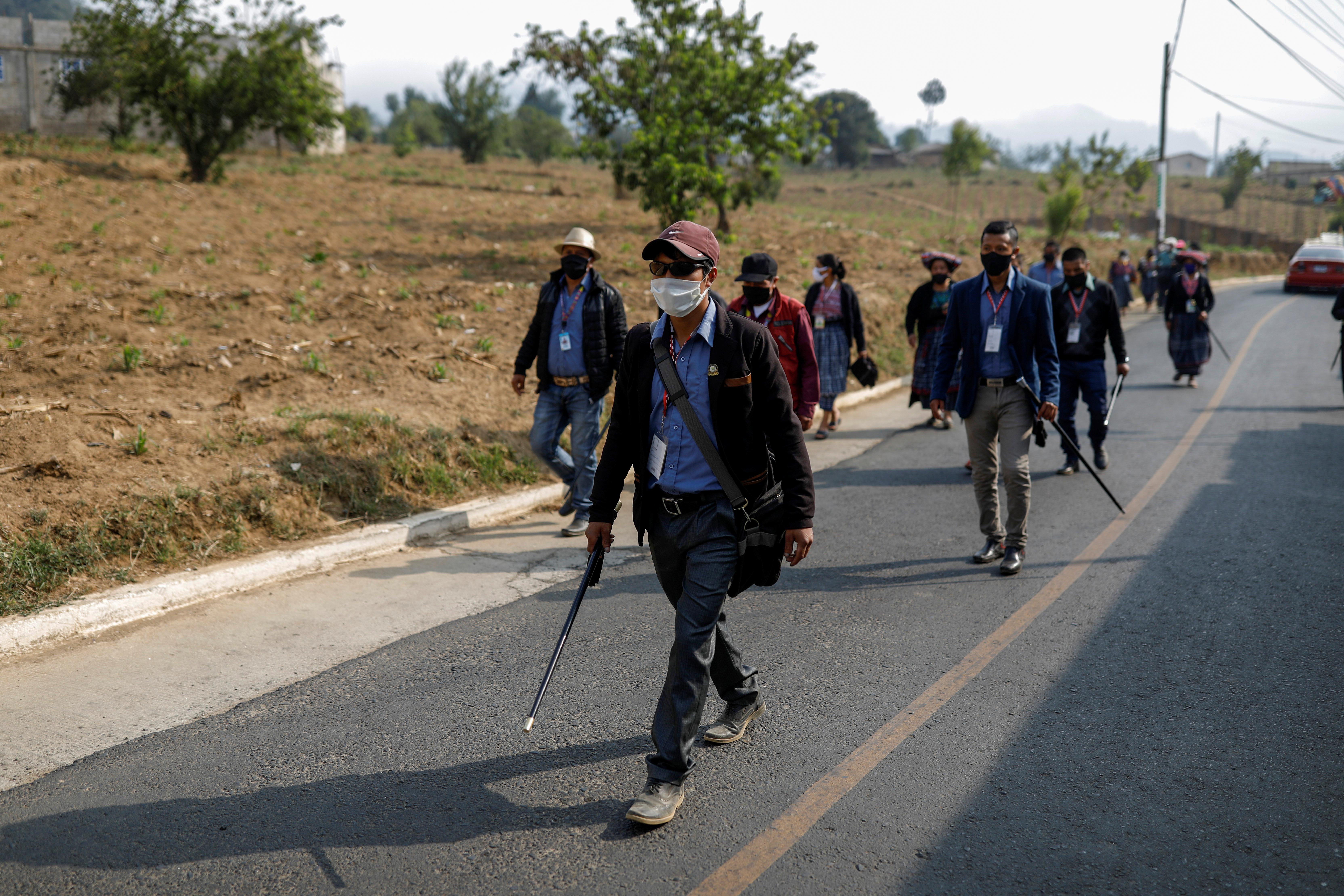 In one city in the Guatemalan highlands, home to a large indigenous population, residents tried to burn down a migrant shelter. In some villages, locals are rebuffing the recently returned and threatening relatives of the deportees with expulsion from their homes.

To date, Guatemalan health officials have said that nearly one fifth of the 585 confirmed cases of coronavirus in the Central American country can be traced to people deported from the United States, most of them on two flights in a single day.

That has fueled an angry backlash against migrants as they make their way home.

Carlos Cumes, an 19-year-old whose American dream ended a few weeks ago with his deportation, saw his luck sour again when he returned to the village of Santa Catarina Palopo, hoping to reunite with his family. The village, on the shore of the volcanic Lake Atitlan, is a center for the Kaqchikel Maya whose women wear traditional blue and purple dress.

Walking the final leg to his parents’ home, Cumes was confronted by an angry group of locals who had seen televised footage of him being transported toward the village in an ambulance earlier in the day.

He was showered with insults and accused of bringing the disease with him, despite having undergone four days of medical observations in the capital and carrying a document from the health ministry pronouncing him symptom-free of coronavirus.

But none of that allayed the mob’s worst fears.

“They threatened to set my family on fire,” said Cumes. “I was really afraid and I could only think about leaving the village so that I wouldn’t cause any more trouble.”

“If I had stayed, they would have burnt my house down and who knows what else,” Cumes said in a telephone interview from Guatemala City, where he is observing a mandatory 15-day period of isolation.

Some of his own relatives, he said, also turned their back on him.

Biting poverty has made Guatemala one of the main sources of migrants to the United States in recent years, along with neighboring El Salvador and Honduras.

The confirmation by President Alejandro Giammattei that 103 Guatemalans deported from the United States on three flights since late March have tested positive for the virus has fostered popular anxiety and the volatile mood in the impoverished highlands, home to many migrants.

Mob justice is not uncommon in the mostly indigenous region and although Guatemala suspended the flights from the United States in response to the infections, deportations from Mexico continue apace, stoking residents’ fears.

The U.S. Immigration and Enforcement Agency (ICE) has said deportees were screened before the flights for elevated temperatures and symptoms associated with COVID-19, the disease caused by the new coronavirus. Yet migrants returned by the United States to Colombia, Mexico, Haiti and Jamaica have also tested positive for the virus in recent weeks, raising broader concerns over the deportation program.

Steady pressure from the administration of U.S. President Donald Trump could see the U.S. flights to Guatemala restored, after U.S. authorities agreed to start testing some deportees for the virus. The United States has sent three “humanitarian” flights carrying children since Guatemala imposed its ban.

While until recently Guatemalans looked favorably on migrants, due in part to the vital remittances they provide to many families, fear of them has grown dramatically in just a short time.

“Only a few months ago, most people were very happy (with migrants) because they came bringing remittance checks, but now they treat them like criminals,” Giammattei said in a national broadcast on April 19.

This month, in the highland capital of Quetzaltenango, a couple of buses carrying 80 migrants deported from Mexico had barely arrived at a make-shift shelter when a rumor began circulating that some sick migrants had fled the shelter and were at large in the community.

Upset residents descended upon the shelter demanding that the deportees be taken away, and the local governor rushed to the scene in an effort to ease the tension.

He publicly confirmed all the deportees had been accounted for and none were on the loose.

The crowd, nonetheless, continued to shout: “Make them leave!”

“‘Mr. Governor, think about our kids,’” Governor Julio Queme recalled the residents pleading, speaking to Reuters in a later interview. He said some of the outraged locals were brandishing sticks.

Still others threatened to burn down the shelter, and only dispersed after Queme warned they could be detained for violating Guatemala’s curfew, which starts at 6:00 p.m.

But the worry remains among many that returned migrants will infect more locals unless aggressive measures are taken.

“It’s scary if any migrants were to escape (the shelter) or if the people who work there were to get infected and go back to their homes and infect everyone else,” said Roberto Gomez, a 60-year-old local who says he rarely leaves home due to the risk of contracting the coronavirus.

In another nearby, mostly Maya town called Paxtoca, local officials have prohibited the entry of deported migrants, after a neighboring village last month saw two deportees returned from the United States who later tested positive for coronavirus.

“This decision was made to protect the health of all our neighbors,” said Paxtoca Mayor Santiago Perez.

Prior to the pandemic, many deported Guatemalans could expect to be welcomed back home by balloon-toting family members at an air force base in the capital where most would arrive. 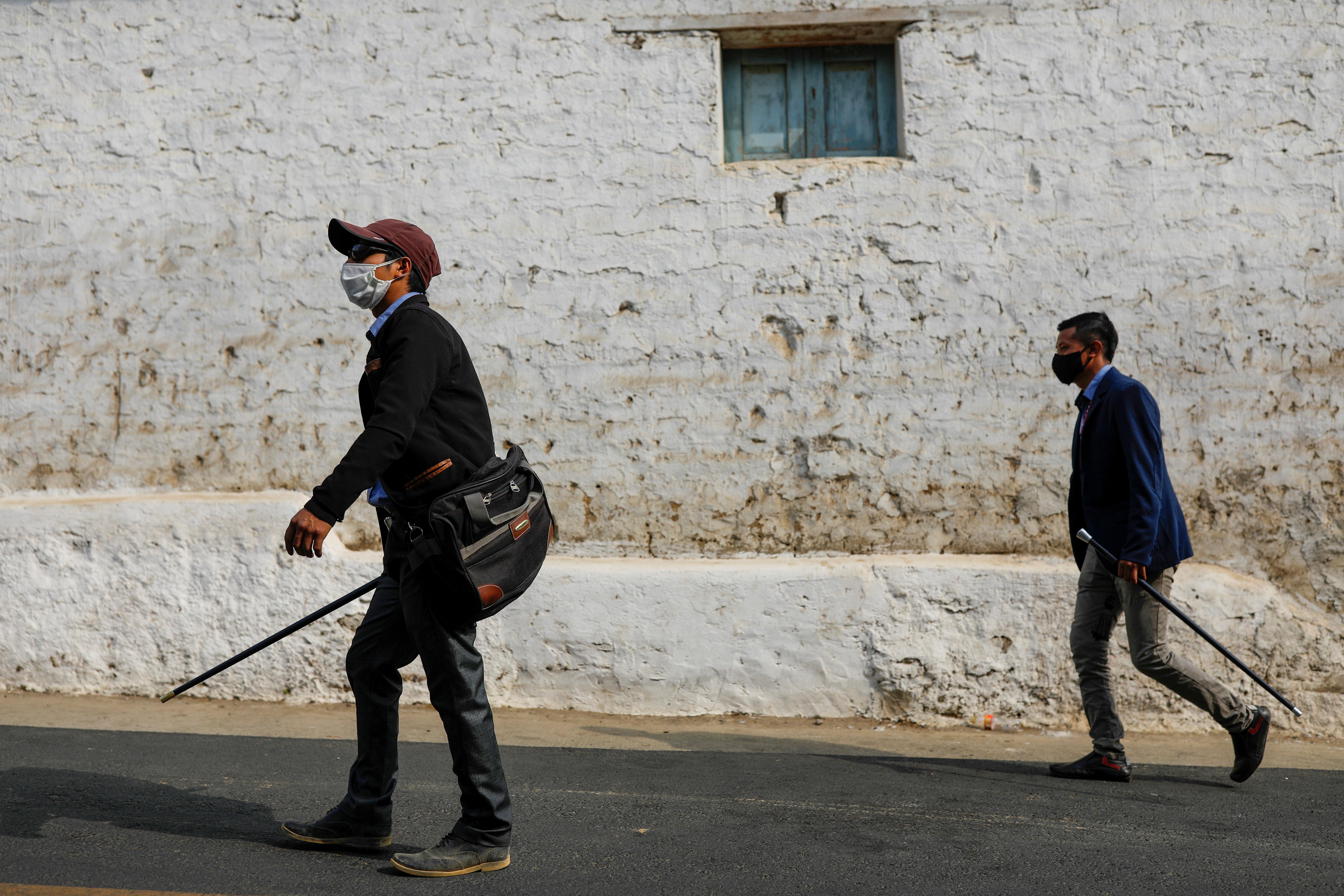 Today, that scene is a distant memory.

“I don’t know if I should go back to my village or not,” said Cumes, who celebrated his birthday on Friday and added that he has faithfully complied with his mandatory isolation.