On Thursday, US President Donald Trump and Melania Trump honoured veterans of the Korean War to mark the 70th anniversary since the start of the conflict. The Trumps laid a wreath at the Korean War Memorial in Washington DC.

In a Tweet on Friday, the First Lady posted pictures of her and President Trump at the memorial.

The caption read: “Yesterday, the President of the United States and I visited the Korean War Veterans Memorial to commemorate 70 years since the start of the Korean War and to pay our respects to the brave Americans who lost their lives fighting for our freedoms.”

Many social media users responded to the First Lady’s post by criticising her for not wearing a face covering during the coronavirus pandemic.

One user from the US posted: “It would have been more respectful if you’d worn masks. 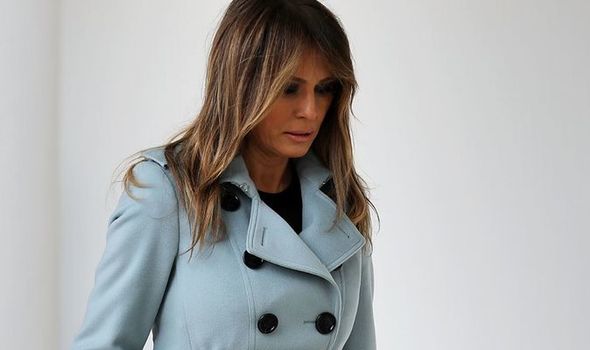 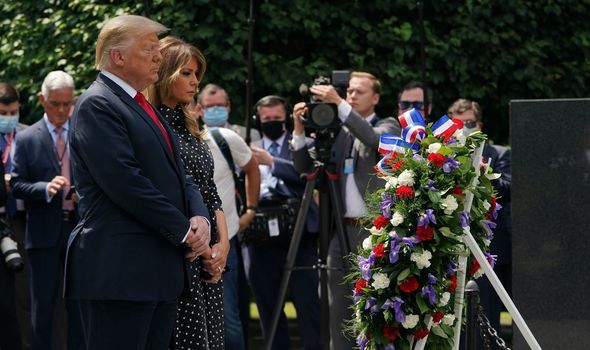 “Given the advanced ages of these veterans and your penchant for travel to infected parts of the country. I consider your actions reckless.”

Another user from San Francisco in America responded: “Why were you both not protecting their wellbeing by wearing masks.”

While one social media user wrote: “Without a mask. How selfish and disrespectful.”

This comes after Mrs Trump has previously told American citizens to wear face coverings in order to decrease the spread of coronavirus. 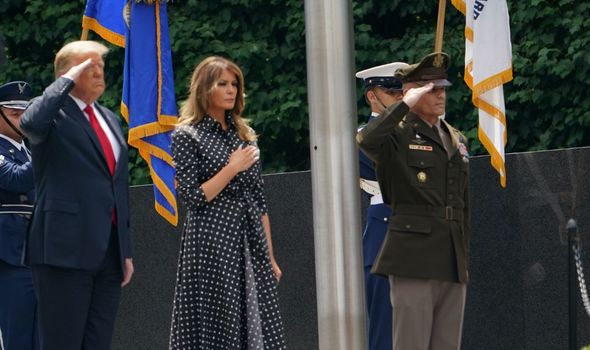 Posting on Instagram, the First Lady wrote: “As the CDC continues to study the spread of the Covid-19, they recommend that people wear cloth face coverings in public settings where social distancing measures can be difficult to maintain.

“Remember, this does not replace the importance of social distancing.

“It is recommended to keep us all safe.”

At the Korean War Memorial, President Trump and the First Lady spent time talking to the veterans who were present. 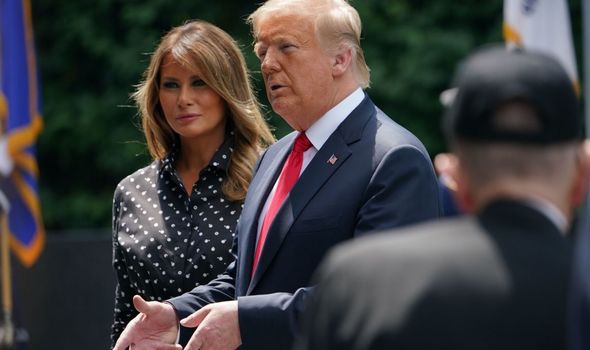 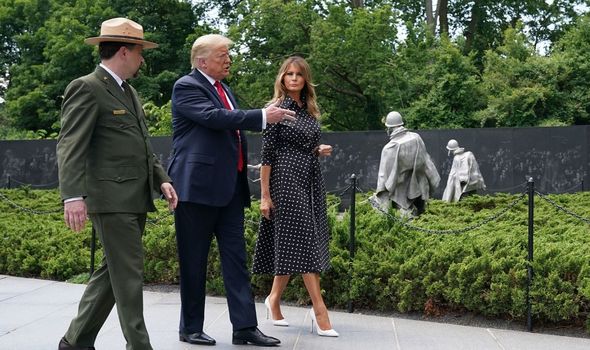 Neither Mr or Mrs Trump wore face coverings during the commemoration.

The couple did not shake hands with anyone and reportedly stayed a few metres away from the Korean War veterans.

The Superintendent of the National Mall and Memorial Parks, Jeffrey Reinhold, gave the President and Mrs Trump a tour of the monument.

The memorial is dedicated to members of the US Armed Forces who served in the Korean War.

The Korean War started as a war between North and South Korea.

The Korean War Memorial in the US resides in the National Mall near Lincoln Memorial in Washington DC. 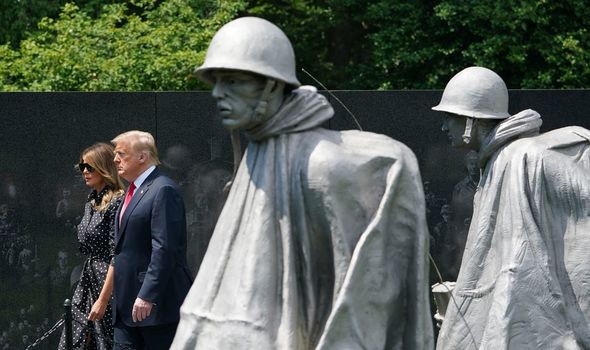 The memorial is made up of a granite wall with stainless steel statues of soldiers.

Images in the wall show troops travelling by sea, land and air.

The memorial is surrounded by green shrubbery in the National Mall.