Germany’s far-right Alternative for Germany party (AfD), which is the largest opposition party in the country, has promised to ditch the European Union if elected. According to DW reporter Hans Pfeifer, German leaders are urged to “follow the example of Britain and quit the Brussels-led bloc”. The party’s official election manifesto will also pledge to ditch the eurozone.

The demands were decided at this weekend’s conference, ahead of the national elections in September.

In a vote, the attendees endorsed Germany’s leaving the European Union as part of their manifesto.

In a speech to the party, one AfD delegate said the cheering crowd: “If Germany is to live, the EU must die.”

The manifesto initiative read that Germany’s exit from the bloc was “necessary” but members also called for creating a “new European community of economies and interests”. 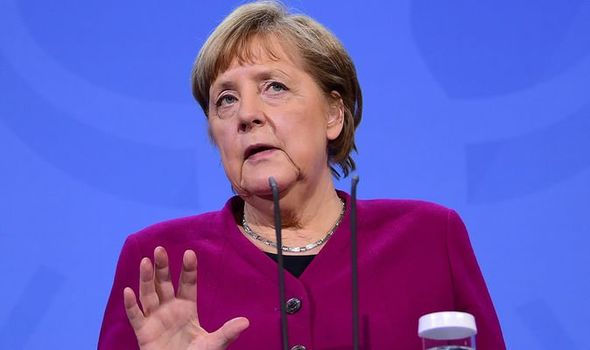 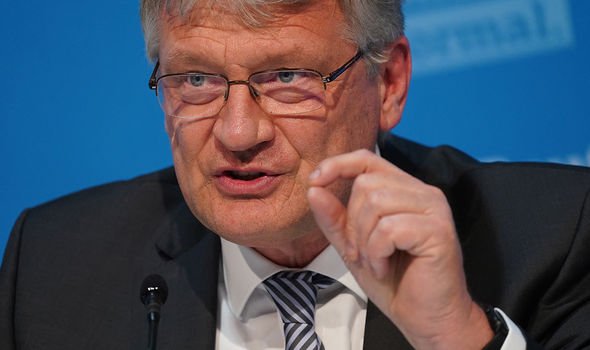 The AfD’s 600 delegates controversially met in person in Dresden, despite the ongoing pandemic.

The AfD has sought to appeal to critics of Germany’s coronavirus policy and those who have protested the lockdown measures.

Tens of thousands of protesters have taken to the streets in Germany in the past year over the lockdown measures.

The party has tried to cast itself as the anti-lockdown party at this weekend conference in a bid to win support ahead of the September election. 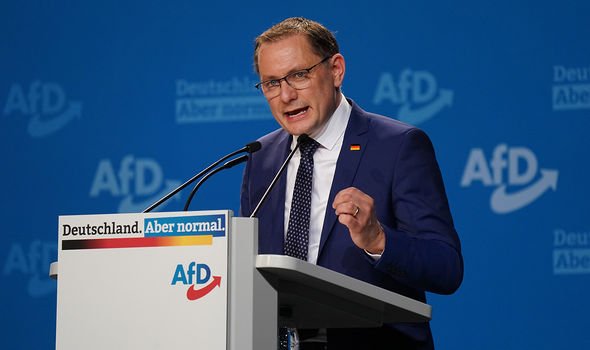 This comes amid recent polls showing a slump in the AfD’s support in Germany.

It has dipped to around 11 percent in polls from nearly 13 percent in the 2017 election when it became the official parliamentary opposition.

The drop in polls has been blamed on internal divisions inside the party. 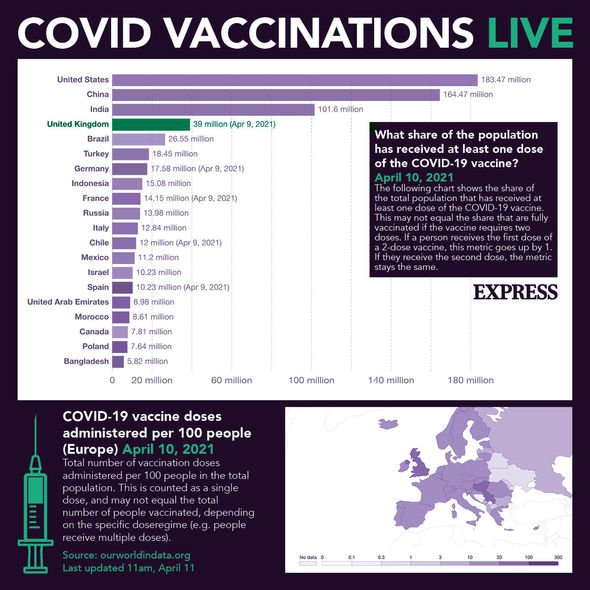 Delegates backed a coronavirus resolution with the slogan “Germany but normal,” which includes rejecting face-masks in schools and ending “disproportionate” lockdown measures.

Germany is currently struggling to contain a third wave of the pandemic and Angela Merkel’s government is planning to impose nationwide measures.

September’s election will be the first in 16 years not to feature Chancellor Merkel, who is leaving politics.