Freezing air from Norway has blown across the sea to the UK, causing cold temperatures and a frosty start for many. Following the heat of last week and over the weekend, this is a shock to the system – as the highs had reached the mid 20C.

These temperatures – recorded by the Met Office – were just below the Easter record set in 2011, however, in that year the calendar date for Easter was two weeks later.

Now, cold air has brought a cold start to the week, with temperatures only reaching 14.4C at their highest on Easter Monday.

However, don’t despair – as the hot weather is forecast to make a comeback later this week. 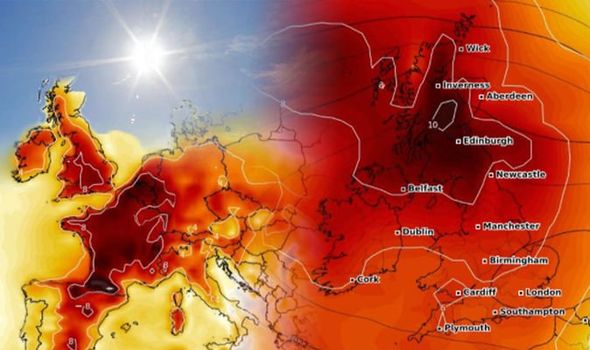 Met Office forecaster Marco Petagna said: “It’s gone from 25C to 14C and feeling even colder in the wind, with frost on Easter Monday night.

“But high pressure will build with temperatures up by midweek and lots of dry and sunny weather.”

Despite the forecasted warm weather, Britons are reminded to abide by the lockdown measures and stay inside unless absolutely necessary.

Government guidelines state the only reasons to leave home are to attend key jobs, buy essential groceries and for one portion of exercise per day. 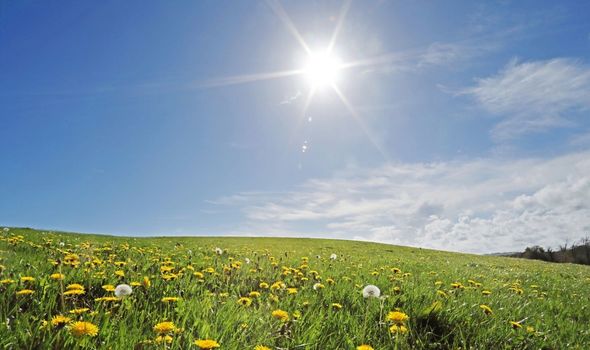 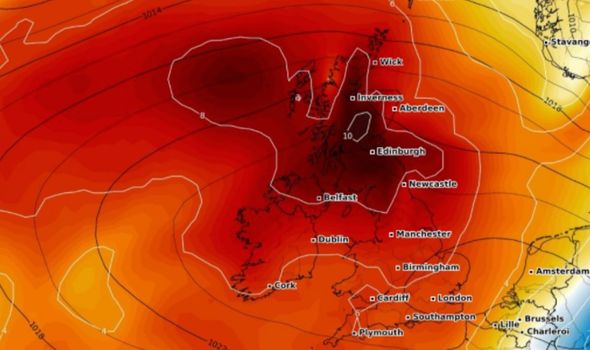 The Weather Outlook forecaster Brian Gaze said: “We’ve gone from summer to winter but summer will be back on Thursday.

“Bitter air from Norway’s coast plunged to Britain, with widespread frosts on Tuesday morning, with -3C in the South and North, and -5C in Scotland.

“But heat from southern France is due by Thursday, with 21C highs.”

On Tuesday, after a cold start, a bright and sunny day follows, and where it is cloudy initially skies will likely brighten up into the afternoon.

The only exception being the far northwest where cloud will remain.

Tonight will be clear and cold with a frost for many, and some patchy fog in the northwest.

In the far northwest, it will remain cloudier and milder.

Following the pattern, on Wednesday after a cold and frosty start, another sunny day will shine for the majority. 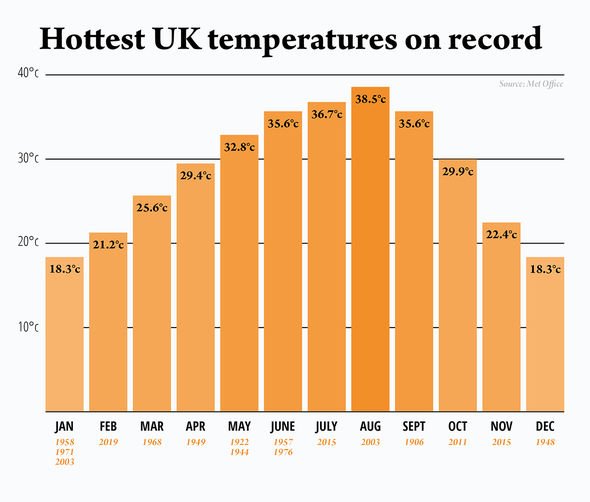 The exception again remains the far northwest where it remains stubbornly cloudy.

From Thursday to Saturday, it will be initially cloudy in the north with some patchy light rain, but becoming brighter with time.

Further south it will quickly become cloudy, with an increased risk of rain and showers over the following days.

The south/southwest may see cloud build through the day with some outbreaks of showery rain at times.

Generally warm, but cooler in the breeze. Looking further ahead, settled conditions seem likely to continue for much of the country with some good spells of sunshine and dry weather, especially across central areas of the UK.

Showers and some longer spells of rain are possible at times in the south, whilst the far north may see bands of more persistent rain accompanied by stronger winds.

Temperatures should be above average for most, but there is still the risk of the odd isolated frost in rural areas by night.