Nearly all UK forecasters are now pointing towards Friday, September 30 being one of the wettest and windiest days the country has had in months. The Met Office is no exception and has also spoken about what the weather front means for different parts of the nation as torrential downpours shift eastwards throughout the 24-hour period. Daniel Rudman, deputy chief meteorologist said: “On Friday it looks as though a deeper area of low pressure will move into the northwest of the UK. This means that many can expect a more notably wet and windy spell, for a time on Friday, than we’ve seen so far this autumn.”

“However, this is nothing unusual for the time of year,” he added.

The penultimate day of the unsettled week is nothing short of what should be expected for late September, Mr Rudman said, and something to foresee going forward due to the tropical cyclone season in the Atlantic.

He did however touch upon how this can cause uncertainty when trying to predict the exact timings of weather frontal changes.

Explaining more, he said: “At this time of year, knock-on effects from the Atlantic tropical cyclone season can lower confidence when forecasting more than a few days ahead, and so the exact timings for rainfall and wind strengths for Friday may vary throughout the week. The best thing you can do if you’ve got outdoor plans is making sure you’re always using the most up-to-date forecast.” 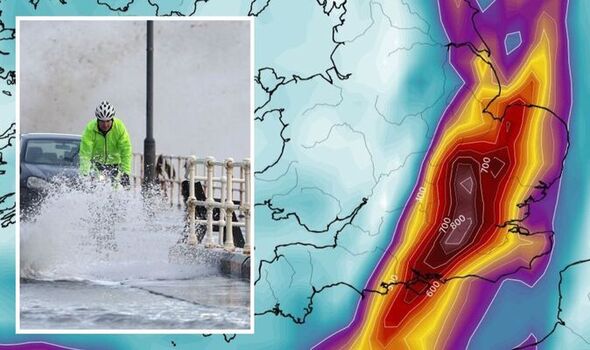 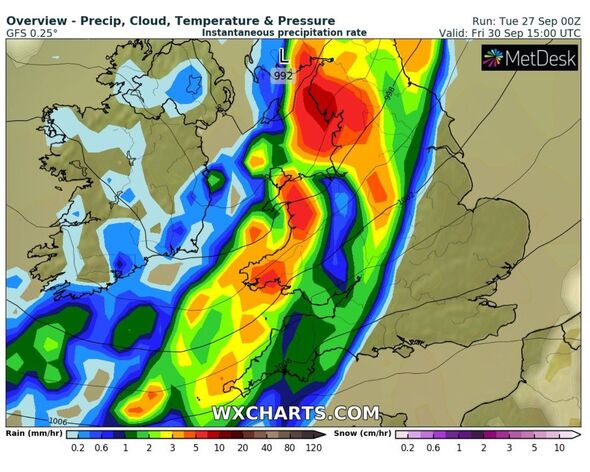 Although it will feel largely autumnal – and the closest the mercury has been to winter in many months – this week in general is set to be far cooler for most.

This is down to an area of low pressure positioned to the north and east of the UK which will bring a tirade of cold northerly winds, pushing rain and showers southwards at times.

Come Thursday a new and deeper area of low pressure will arrive which will drag in a more unsettled spell of weather for the following day.

Chief meteorologist for the Met Office, Steven Ramsdale said: “The start of the week has certainly seen a change in the weather as cool air and bands of rain and showers have swept southwards. Much of the next few days will see similar conditions across the UK and although it’ll feel cooler and breezier than recently, this is fairly typical autumn weather for us.” 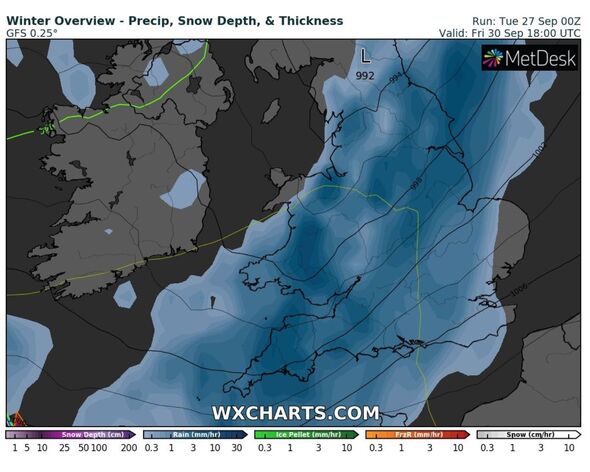 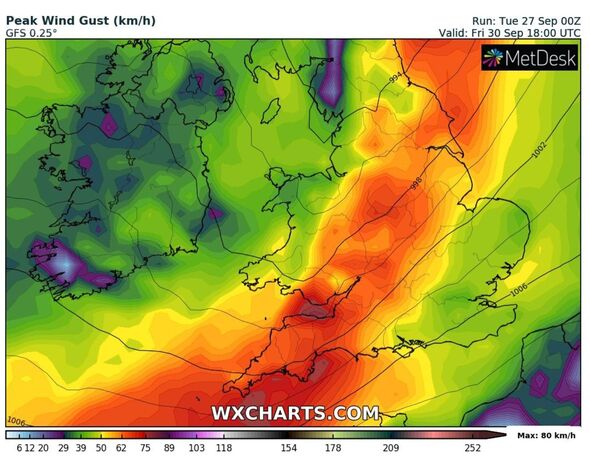 Meteorologist Alex Deakin said in his forecast how Friday’s one off “grim” conditions will start to improve by Saturday.

He added: “It looks as if we will see a band of rain swinging in across the country, but parts of eastern England may well stay dry until after dusk.

“Timings of this rain band are still open to some doubt, but it could turn quite blustery with those winds from the west or south west, but those winds will eventually bring some warmer air but it will still feel pretty grim.

“Temperatures are still going to be either 13C or 14C for most. But eventually it will feel milder as we head into the weekend.”

DON’T MISS:
EU ambassador blasts UK for lack of ‘trust’ as tensions boil [REACTION]
‘Labour tends to side with the bullies rather than the victims’ [COMMENT]
Andy Burnham red-faced as Labour members fail to show for his talk [UPDATE]