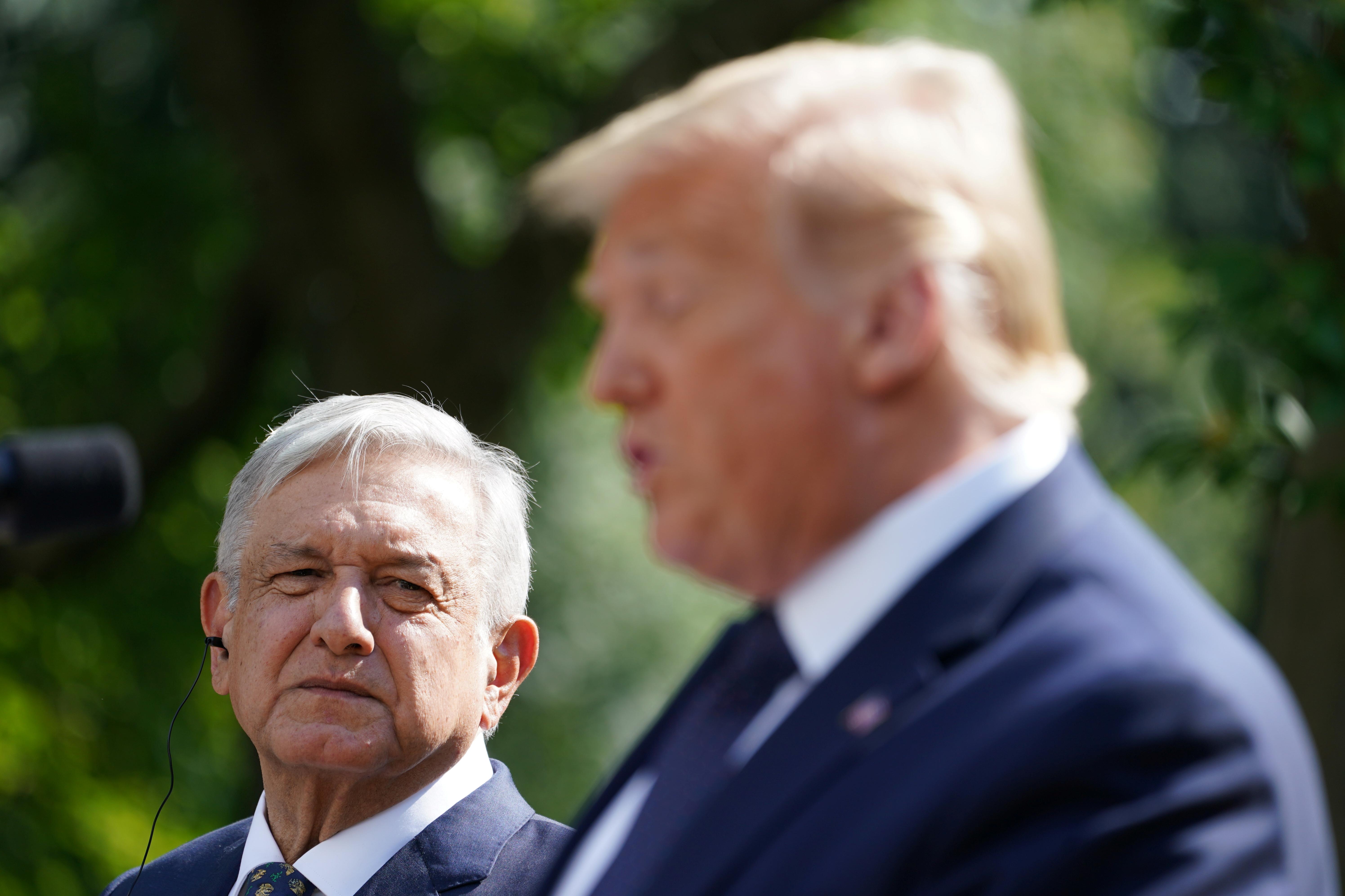 Lopez Obrador also thanked his U.S. counterpart for a less “discriminatory tone” during his visit, a reference to Trump’s past insults toward Mexico and its migrants.

“We thank him for not raising the subject (of the border wall) in public,” Lopez Obrador told reporters at a news conference, adding that the wall was mentioned during a White House dinner “but without the purpose of imposing anything.”

During dinner, attended by industry leaders, Trump joked that he had behaved himself and not mentioned the wall in their public engagements, Mexican newspaper Reforma reported, citing diplomatic sources.

Lopez Obrador said the issue was not raised because it was agreed the meeting would focus on common ground.

The summit mostly focused on economic issues, in particular the celebration of a revamped North American trade accord that took effect this month.

Dating back to his successful 2016 presidential campaign, Trump made the construction of a wall on the country’s southern border a signature pledge, while also promising to force Mexico to pay for it.

His administration has constructed new sections of high fencing along the roughly 2,000-mile (3,220-km) U.S.-Mexico border.

The Mexican president was sharply criticized on both sides of the border for meeting with Trump just four months before U.S. voters go to the polls to decide if the Republican president seeking reelection will win a second term.

Overall, Lopez Obrador hailed his Washington trip as a success. He said Trump had an open invitation to visit Mexico, but that such a trip was not currently possible due to the ongoing U.S. presidential election campaign.