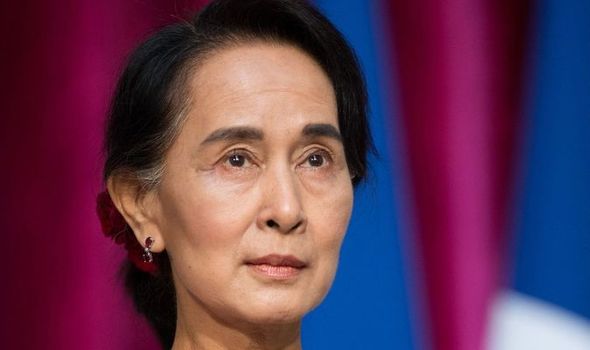 Eyewitnesses said many were beaten and tortured to death, with mutilated bodies found in mass graves – including a child.

The deaths occurred in four incidents in Kani Township, an opposition stronghold in central Myanmar.They were in response to attacks by militia groups urging a return to democracy following the military coup.

One survivor said: “They were tied up, beaten and tortured all day.”

Ms Suu Kyi was detained in February as the military seized power in Myanmar and her civilian government fell. Her detention sparked nationwide protests, with more than 1,300 people said to have been killed.

General Zaw Min Tun, Myanmar’s military spokesman, said: “It can happen.When they treat us as enemies, we have the right to defend ourselves.”

On Monday, a judge postponed Ms Suu Kyi’s trial for possessing unlicensed walkie-talkies. On December 6 she was jailed for two years for breaching Covid rules.