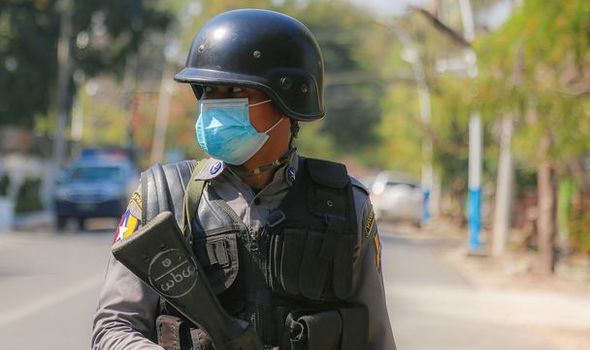 Security forces arrived on the scene shortly after the incident which occurred on Thursday morning.

The 16 seater plane went down between a power and steel plant in Pyin Oo Lwin in the Mandalay region.

A local on the ground said that eight further people were injured.

Local media has not yet confirmed the deaths, although it was initially reported that senior military officers were among the dead. Rescue is currently underway.