KATHMANDU (Reuters) – Nepal will deport five foreign tourists and ban them from entering the Himalayan nation for two years after they joined protests against the government’s response to the coronavirus outbreak, officials said on Monday. 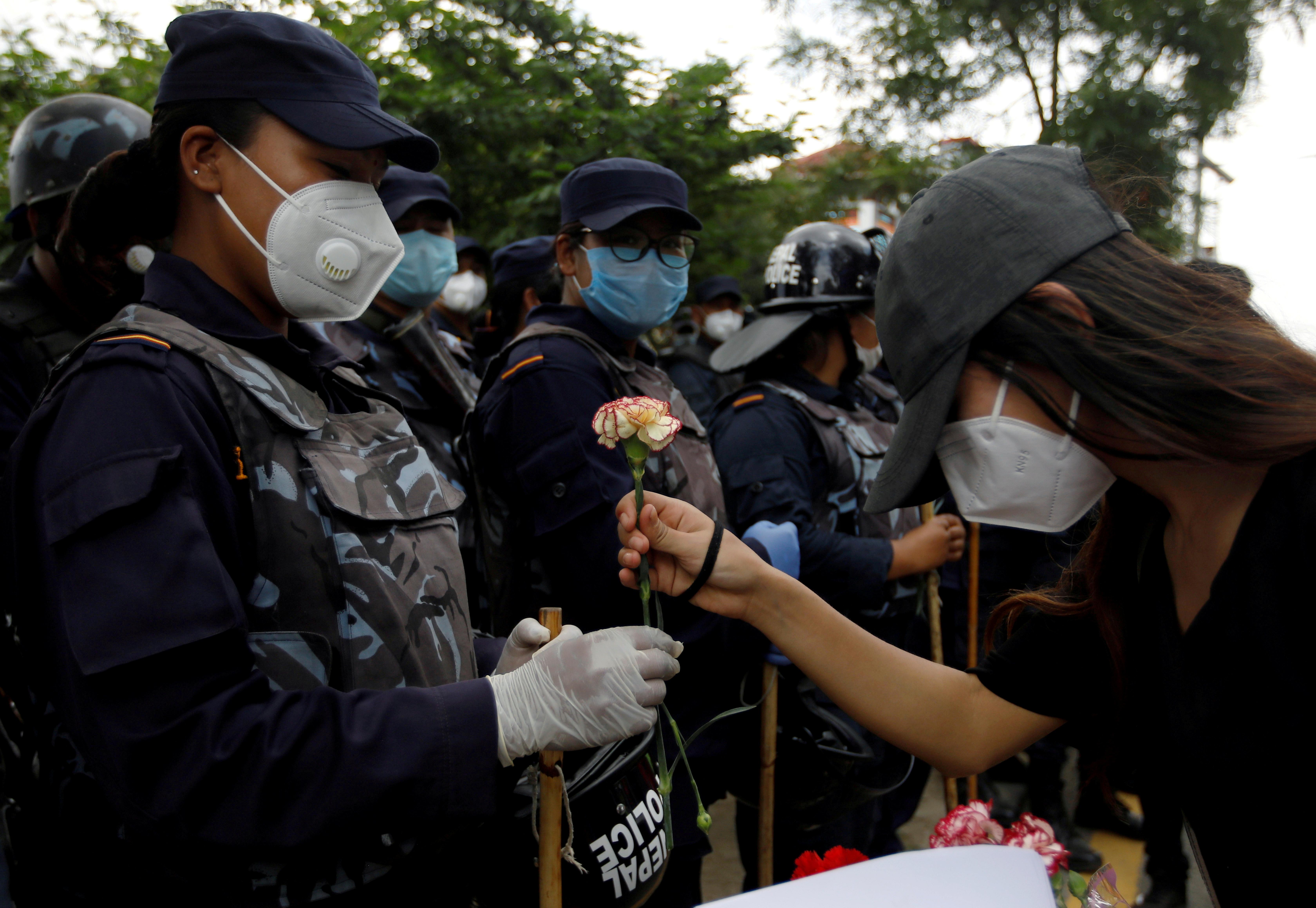 Police arrested three Chinese nationals and one each from the United States, Australia and Norway during a street protest on Saturday in the capital Kathmandu.

The demonstrators demanded better quarantine facilities, and more testing and transparency in the purchasing of medical supplies to fight COVID-19, the highly contagious respiratory disease caused by the novel coronavirus.

The director general of Nepal’s Department of Immigration, Ramesh Kumar K.C., said the Chinese and U.S. tourists were fined 10,000 Nepali rupees ($82.75) each. The Australian was fined double that because he was also taking pictures of the protests.

“All five will be banned for two years from entering Nepal and deported to their respective countries after international flights resume,” he told Reuters. Nepal has suspended all flights until July 5 as part of its coronavirus lockdown.

He said the Norwegian woman, who is married to a Nepali, will have to pay a 5,000-rupee fine but can remain in the country.

Another immigration official, Ram Chandra Tiwari, said the foreigners had been penalized for misusing their tourist visa and indulging in political activities like the demonstration.

Nepal imposed a lockdown in March after detecting its second case of coronavirus infection. The numbers have since increased to 6,211 infections and 19 fatalities.

The government, which has been widely criticised for allegedly not doing enough to control the outbreak, says it is committed to increasing the number of tests and improving quarantine facilities.