Facing no challenge from opposition, President Aleksandar Vucic’s party is expectced to win an absolute majority. 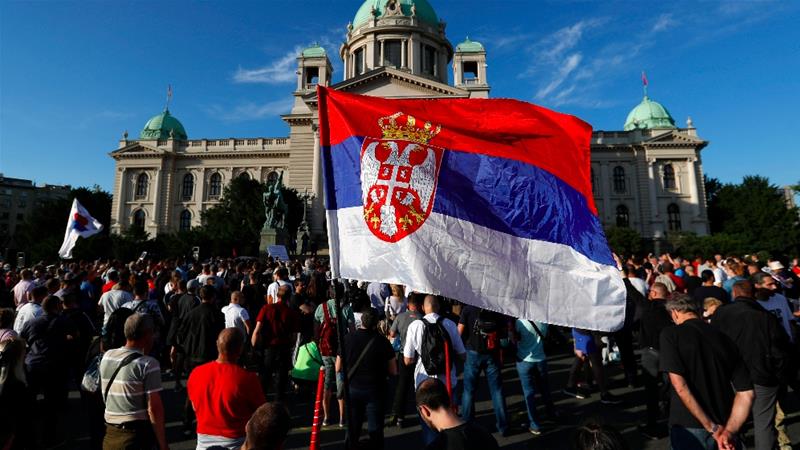 Voting has started in Serbia’s parliamentary elections in which President Aleksandar Vucic’s Serbian Progressive Party (SNS) is expected to emerge as the winner.

More than 6.5 million people are eligible to vote in the parliamentary, provincial and local elections that were postponed from the scheduled April 26 date due to the coronavirus pandemic.

There are 21 registered parties and coalitions in the running to reach the three percent threshold required to obtain seats in the 250-member National Assembly.

According to an IPSOS poll published on Thursday, SNS is expected to win an absolute majority with the Socialist Party of Serbia – who form the ruling government in coalition with the SNS – to finish second.

“There’s absolutely no uncertainty about what the result will be at all,” Eric Gordy, a professor at UCL’s School of Slavonic and East European Studies told Al Jazeera.

“It’s another series of elections [Vucic’s] government has called under conditions in which they know that they will win and so, they are seeking to expand their mandate to further weaken the opposition and they’ll succeed in that.”

Most of Serbia’s fractious opposition is boycotting the parliamentary elections, saying that they are not legitimate due to systemic corruption and lack of independent media.

Fifty-five of the 88 opposition MPs have been boycotting parliament since late last year, claiming “there is no democracy, no normal dialogue and freedom of expression”. 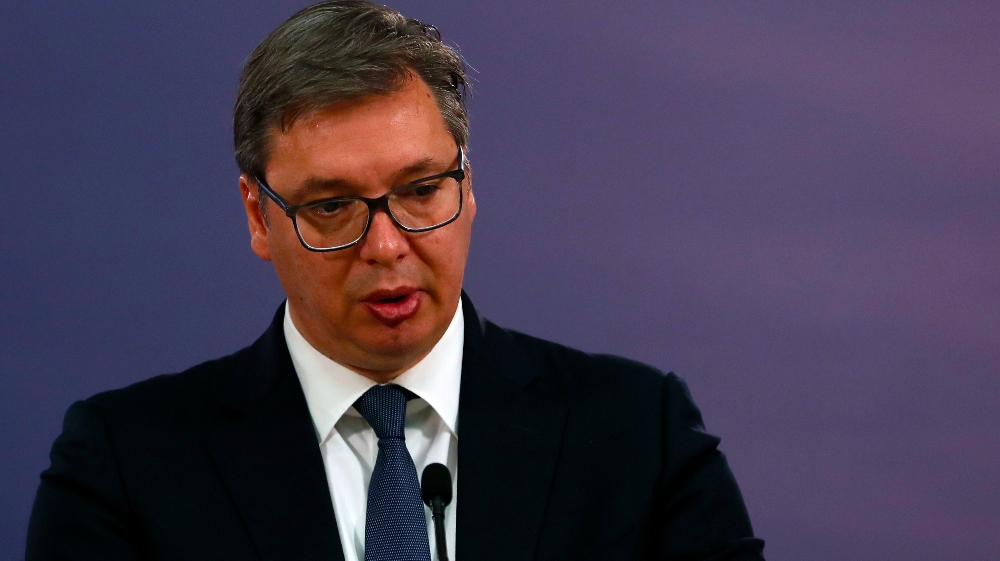 Last year, the opposition put forward conditions for the polls to be free and fair, most notably having equal access to media.

However, none of the conditions were met by the government.

Over the years, Serbia’s media watchdog, the Bureau for Social Research (BIRODI), has regularly concluded in its reports that Serbian media has dedicated much of their airtime on politics to positive coverage of Vucic and his ruling coalition, with little to no criticism.

“There’s an absolute monopoly over control of information,” Gordy said. “The majority of all political news is about him [Vucic],” Gordy said.

The SNS list of candidates for the parliament, in fact, is not listed under the party’s name. Instead, it’s called “Aleksandar Vucic – for our children” even though Vucic is not up for re-election.

In its latest annual report by democracy watchdog Freedom House, titled “Dropping the Democratic Facade”, Serbia – for the first time since 2003 – was downgraded from a “semi-consolidated democracy” to a “hybrid regime”.

“Years of increasing state capture, abuse of power and strongman tactics employed by Aleksandar Vucic” have tipped Serbia “over the edge”, the report, released in May, said.

Gordy said the opposition in Serbia remains divided, and “lack an identity and a common purpose”.

“It’s a group of parties that has itself never closed the books on its far-right path, so in many respects they’re as bad as the semi-authoritarian regime,” Gordy said. 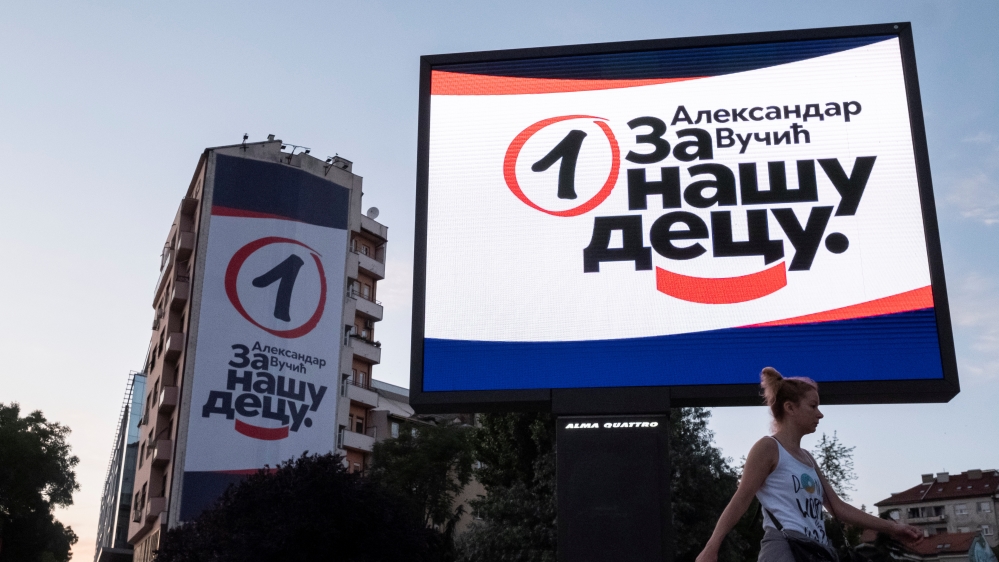 The opposition includes the Serbian Radical Party (SRS), founded in 1991 by Vojislav Seselj, a convicted war criminal who is up for re-election.

In 2018, the UN court in The Hague convicted Seselj of war crimes and sentenced him to 10 years in prison for the persecution of Croats in northern Serbia in the early 1990s.

However, as he had already served time while in custody, he did not return to prison.

Seselj led the SRS’s return to parliament in 2016 after an absence of eight years, winning more than eight per cent of votes and making his party the third largest in the parliament.

He remained an MP despite Serbian law stipulating that an MP’s mandate must end if he/she has been delivered a sentence longer than six months.

During the last parliamentary session, Serbia’s Youth Initiative for Human Rights (YIHR) demanded for Seselj to be stripped of his parliamentary mandate but the Administrative Board of the Assembly of Serbia, never reviewed the issue, according to YIHR.

His party remains committed to the “Greater Serbia” ideology that helped fuel the bloodshed during the war in former Yugoslavia.

He regularly appears as a guest on Serbian talk shows and, in February, the SRS at a municipality hall in Belgrade promoted his book which denies the Srebrenica genocide.

Three other candidates running in the election from three different lists have been accused of committing war crimes in Kosovo and Bosnia in the 1990s while two SRS MP candidates are under arrest warrants by the UN court, according to the YIHR.

In 2015 the UN court charged parliamentarians Vjerica Radeta and Petar Jojic with contempt of court for allegedly having threatened, intimidated or offered bribes to witnesses standing in the trial against Seselj.

The Belgrade Higher Court ruled the following year there were no grounds for them to be extradited.

Emilija Orestijevic of the Belgrade-based Centre for Free Elections and Democracy told Al Jazeera that issues such as the coronavirus pandemic and the issue of Kosovo have taken a central spot in the run-up to elections.

“Perhaps, there is a culture where society has become used to people who have a bad history, that’s perhaps a reason why there’s been no reaction,” Orestijevic told Al Jazeera.

Ivan Djuric, programme director of YIHR, told Al Jazeera from Belgrade that regardless of the various parties spread throughout the ruling government or in the opposition, they all advocate the same politics.

“It is politics of spreading hatred and intolerance towards people in the region, denying war crimes and the [legitimacy of the] Hague tribunal,” Djuric said.

He added that those who are against such politics and believe war criminals should not sit in parliament are a small minority in this “especially insignificant” election.

“This majority – the silent majority, the loud majority and the parliamentary majority – all majorities in Serbia want to seal this topic. They don’t want anyone to deal with this topic, nor for the official truth to be questioned,” Djuric said.