On the face of it, continuity in the shape of a Trump re-election makes sense. The Republican President is a huge supporter of Brexit – even claiming to have called it before the result was declared – and enjoys a close personal relationship with Boris Johnson.

Yesterday, Sir Malcolm Rifkind, the former Defence and Foreign Secretary, said: “In theory, you would have thought a Trump-Johnson relationship is the obvious candidate in the short and medium terms.

Less is known about Democrat Joe Biden’s likely stance, other than he would “have preferred a different outcome” to Brexit.

Mr Biden, 77, was vice-president to Barack Obama when, ahead of the 2016 EU referendum, the then president sparked anger by saying the United Kingdom would be at the “back of the queue” for a trade deal if it voted to leave.

Mr Johnson’s post-Brexit agenda is built on plans for “global Britain” with the trans-Atlantic axis crucial to building an alliance to lead the free world. 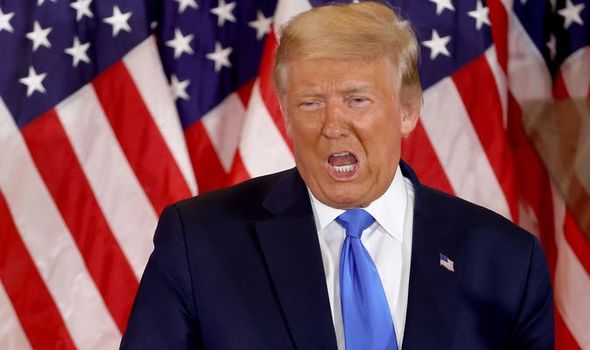 As an ardent Brexiteer and vocal critic of the EU he revels in Britain’s departure from the political bloc and obvious parallels can be drawn between his close friend Nigel Farage’s successful political insurgency here and his own victory.

Mr Biden would prioritise closer links – and a free trade agreement – with the EU before signing a deal with the UK. But, in theory, he would be more aligned to the UK Government in terms of world affairs.

His views on Russia, North Korea and China are in line with Whitehall’s and this would see America much less hostile to organisations Britain values such as the United Nations and Nato.