Top US diplomat’s call comes 25 years after six-year-old monk was seized and has since never been seen in public. 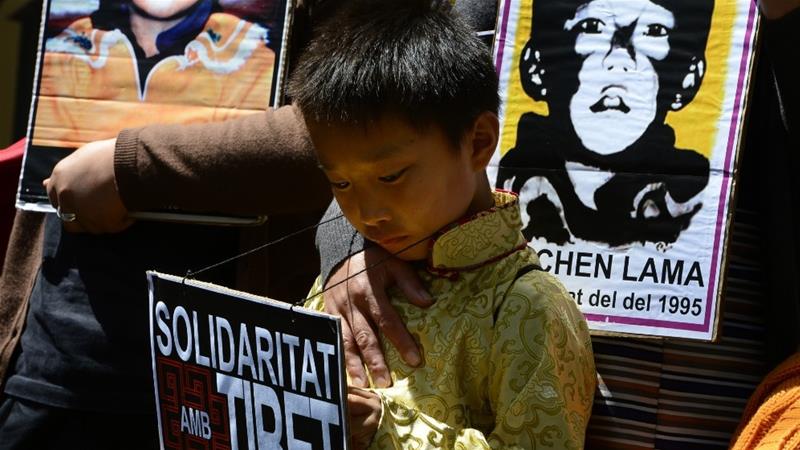 US Secretary of State Mike Pompeo on Monday demanded that China reveal “immediately” the whereabouts of the Panchen Lama chosen by the Dalai Lama, 25 years after the six-year-old was seized.

The Dalai Lama, who lives in exile in India and enjoys a wide global following, on May 14, 1995, identified Gedhun Choekyi Nyima as the reincarnation of the Panchen Lama, the second most senior figure in Tibetan Buddhism’s largest school.

The boy was taken into custody three days later and has not been seen since, with human rights groups calling him the world’s youngest political prisoner.

“Tibetan Buddhists, like members of all faith communities, must be able to select, educate and venerate their religious leaders according to their traditions and without government interference,” Pompeo said in a statement.

“We call on the PRC government to immediately make public the Panchen Lama’s whereabouts and to uphold its own constitution and international commitments to promote religious freedom for all persons.”

China appointed its own Panchen Lama, who has made a number of tightly scripted public appearances, even though many Tibetans do not recognise him.

On Sunday, Tibet’s parliament-in-exile called on Beijing to confirm the “well-being and whereabouts” of the Panchen Lama.

“China must provide verifiable information on the wellbeing and whereabouts of the 11th Panchen Lama,” the Tibetan parliament-in-exile, which is based in Dharamsala in the foothills of the Indian Himalaya, said in a statement. 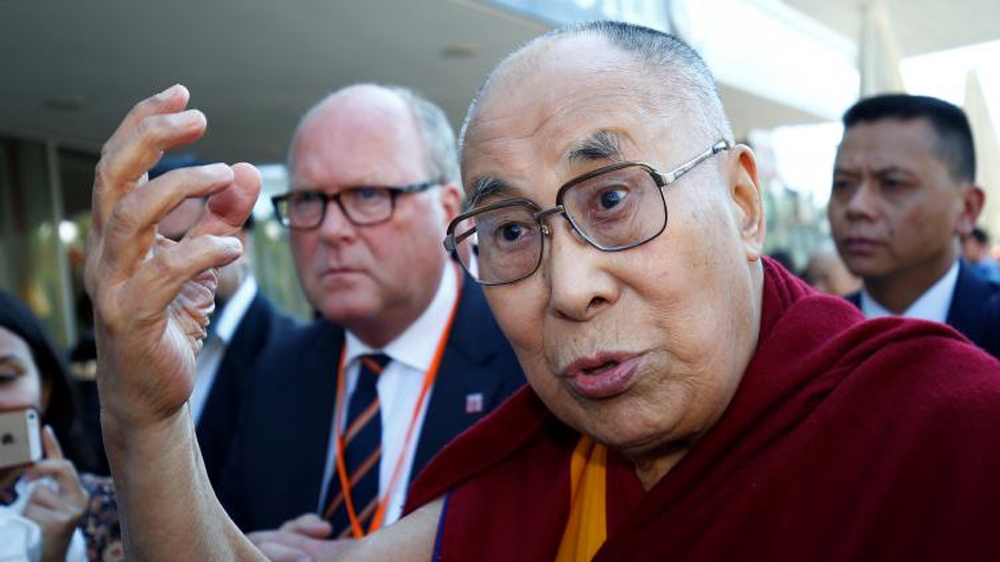 The Dalai Lama has made India his home since fleeing Tibet in 1959 and resides in Dharamsala in the north of the country. The Tibetan spiritual leader has said China had been trying to interfere in his succession and split Tibetan Buddhism.

In February, he marked the 80th anniversary of his enthronement as the spiritual leader of Tibet, a position held almost entirely in exile and as a target of constant vilification by the Chinese state.

Sam Brownback, the US ambassador-at-large for international religious freedom, last week warned that Beijing should not see the Panchen Lama episode as a model for the Dalai Lama’s reincarnation.

China’s officially atheist government has made clear it could seek to name a successor to the 84-year-old Dalai Lama, whose charisma has brought global attention to Tibet for decades.

In a rare statement on the Dalai Lama-appointed Panchen Lama, a pro-Beijing official in Tibet said in 2015 the young man was healthy, enjoying an education and “does not want to be disturbed”.