According to a book on the Catholic Church, Pope Francis Catholic Church authority is being threatened by Cardinal Robert Sarah, a prelate from Guinea. Christopher Lamb claims in The Outsider that the Cardinal “has established himself as a ‘parallel’ authority to Francis, through his books, lectures, and frequent travel to conservative outposts”. He adds that Sarah “does not directly confront or criticise the pope but [presents] an alternative leadership model for the church”.

“Privately, he listens to the complaints about Francis; he shares some of the concerns, although is very careful in what he says. He doesn’t support the attacks, but neither does he do anything to stop them.”

Cardinal Sarah has emerged in the Catholic Church as a highly prominent conservative figure, advocating for traditionalist attitudes while Francis continues his progressive papacy.

Sarah has also been tipped as a potential successor to Francis. 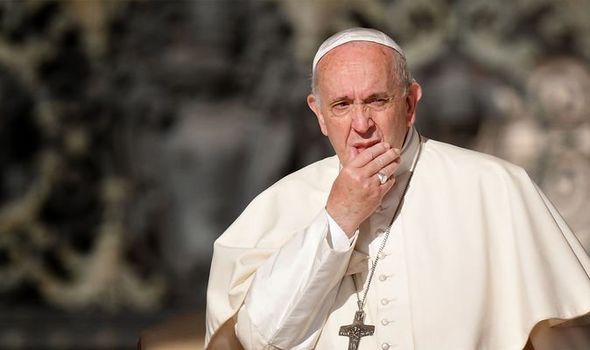 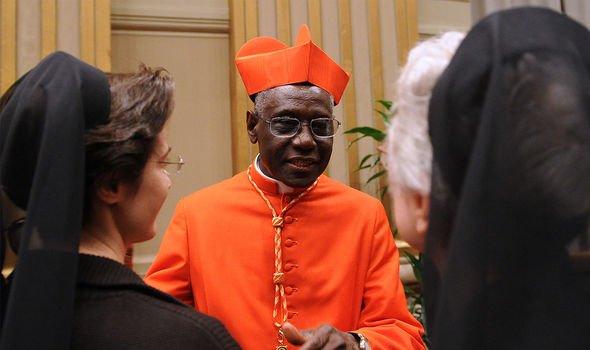 “Were he elected pope, he would undoubtedly harken back to Pius XII, a neo-traditionalist who would ‘reign’ as pope rather than adopt the style of the Latin American (Francis), who rolls up his sleeves and takes risks to take the church out onto the street.”

In January, Pope Benedict XVI requested that his name be taken off a book about priestly celibacy just one day before it was due to be published, after the text was seen as a direct criticism of Pope Francis.

The book titled ‘From the Depths of Our Hearts’ includes an essay written by Benedict, and was therefore listed as a co-author of the book which opposed Francis’ policy.

The book was co-authored by Cardinal Sarah.

In the text, Pope Benedict XVI argues that family distractions mean that a priest cannot devote all his time and energy to the service of God. 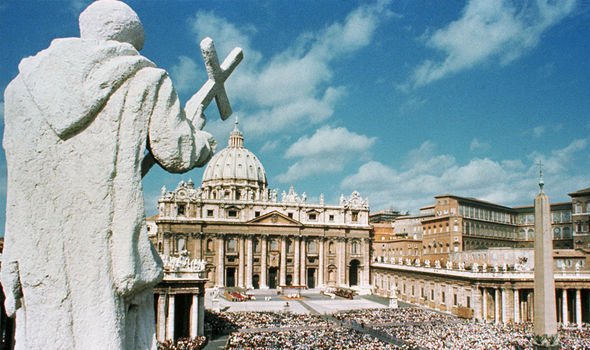 The Argentine pope attracted criticism after he suggested that married men in the region could become priests, a policy that aims to address the shortage of Catholic clergy in the region.

But over 100 historians, academics and clergy signed a letter which lambasted Pope Francis, even dubbing his actions “sacreligious”.

The move provoked speculation as to whether the former Vatican leader had been exploited by conservative critics looking to undermine Pope Francis, or whether he was aware of the text’s overriding message. 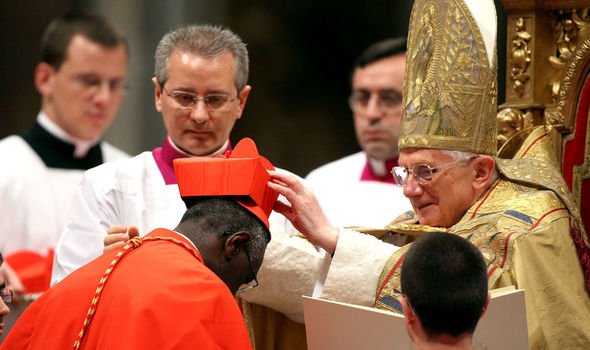 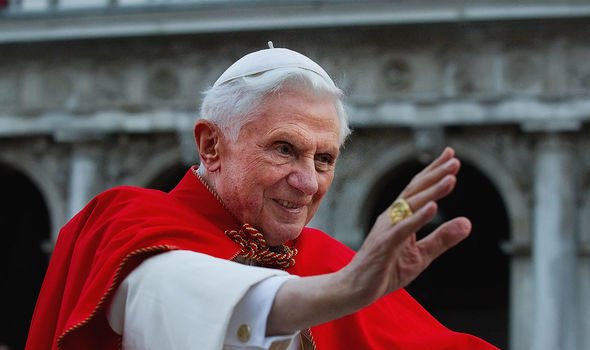 Pope Benedict’s personal secretary said: “The pope emeritus knew that the cardinal was preparing a book and he sent him a text on the priesthood, authorising him to use it as he wanted.

“But he did not approve a project for a co-authored book and he had not seen or authorised the cover. It is a misunderstanding that does not raise questions about Cardinal Sarah’s [co-author of the book] good faith.”

Sarah strongly denied any suggestion that he had misled Benedict, writing on Twitter: “I solemnly affirm that Benedict XVI knew that our project would take the form of a book.”

Sarah has denied the idea that he is an opponent to Francis.

Last year, he said: “I am loyal to the pope. They cannot quote a word, a phrase, a gesture in which I oppose the pope, it is ridiculous.”