A rare 'secret killer' cancer has claimed the life of a popular British YouTuber.

David MacMillan, 30, died in his mum's arms after battling the disease for six months, ChronicleLive reports.

After initially feeling a slight pain in his shoulder in January, school kitchen worker David was diagnosed with a germ cell tumour, a rare form of cancer that can be caused while a baby is developing in the womb.

He underwent courses of chemotherapy to shrink the tumour that was pressing against his heart. But earlier this month medics told devastated mum Diane Whinn there was nothing more they could do and David passed away on October 8 in Morpeth, Northumberland.

Diane is tortured by the thought that her son's life might have been saved had he seen a doctor sooner.

She said: "It's quite possible he's had it all his life, but because he was so fit and healthy it was a silent killer.

"I just think if someone had physically examined him we might have found out something sooner."

Away from work David edited videos for his YouTube channel Pirate Dog, which has 250,000 subscribers.

It describes itself as a channel for uploading music videos for TV shows, video games and movies.

Diane said: "He's just always been a typical lad. He was into his skateboarding, computers and he played Xbox.

"He made montage videos of DC and Marvel stuff for YouTube. He would sit for hours editing videos. 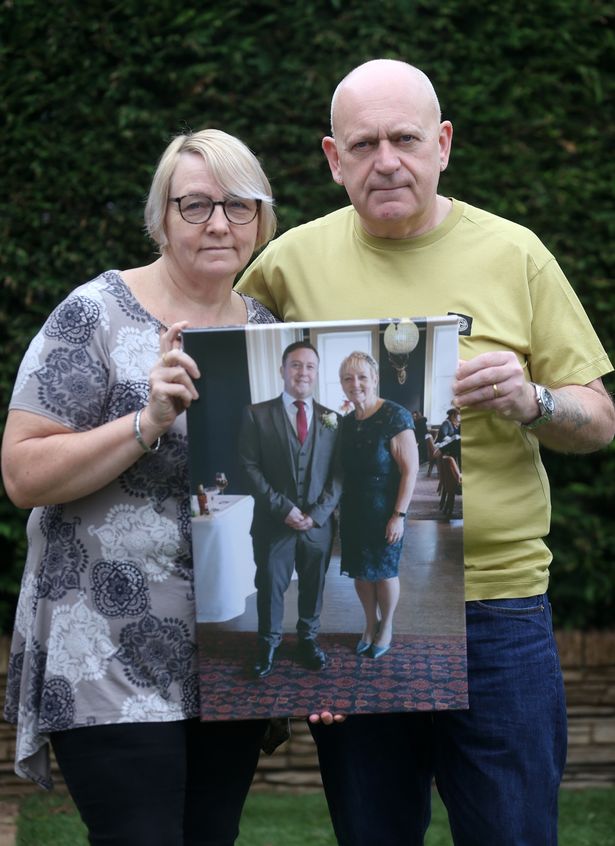 "At work he used to hide things, and put eyes on the school bell so it looked like it was looking at you. He knew all the kids by name."

Diane, 54, began to suspect something was seriously wrong when David lost a lot of weight and became out of breath after walking.

She thinks maybe more could have been done for her son if a physiotherapy appointment had not been cancelled due to the coronavirus pandemic.

She said: "Throughout his whole thing he was so positive.

As the treatment began to take a toll on David he told his YouTube subscribers why he had not been uploading many videos recently.

In a post on his channel, he wrote: "My health has took a turn for the worse. I've had a lot of muscular pain in my chest and back which I recently found out to be a tumour in my chest.

"I am currently in hospital under going chemotherapy surrounded by amazing health workers who I cannot thank enough and hopefully I will beat this in the coming months.

"Thank you to all my subscribers for making this channel bigger than I ever dreamed. I hope to be back."

This prompted scores of comments from well-wishers.