If elected, Mr Biden would be only America’s second practising Catholic president – the other was John F Kennedy.

Later, Barack Obama’s former Vice President flew to his hometown of Scranton, Pennsylvania, and used his humble beginnings to appeal to working-class voters. He declared this election was “Scranton vs Park Avenue” in reference to Donald Trump’s New York spiritual home.

Mr Biden also spoke about “restoring decency to the White House” and visited the house where he grew up. 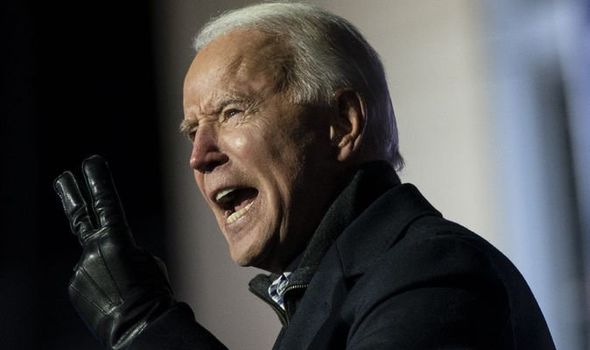 There he wrote a message on the living room wall that said, “From this house to the White House”, adding: “We’ve got to restore the backbone to this country. The middle class built this country. Wall Street didn’t.”

Mr Biden has held a steady lead in national polls for months, but the fight was a lot closer in the so-called swing states like Florida, Pennsylvania, Wisconsin, Michigan and Arizona. They decide the outcome of the election.

Mr Biden spent election night at his residence in Wilmington, Delaware, and was expected to address the nation from there overnight.

Continuing his earlier outsider theme, former First Lady Michelle Obama tweeted: “I know Joe. He has lived his life guided by values and principles that mirror ones that most Americans can recognise.

“He understands the struggles of everyday folks.”

Pop star Lady Gaga also declared her support for Mr Biden at a Democratic rally in Pittsburgh this week, telling the crowd: “Vote for Joe. He’s a good person.”

Meanwhile, after a hectic final few days on the campaign trail which included 14 rallies in three days, President Trump, 74, spent election day at the White House. He started with a telephone interview on news show Fox & Friends to deliver a final defiant message to Americans.

He said: “You have the power to vote, so go out and vote – unless you are going to vote for somebody other than me.” He spoke with Mr Biden well ahead in national polls but the race much closer in the swing states that could decide the outcome. 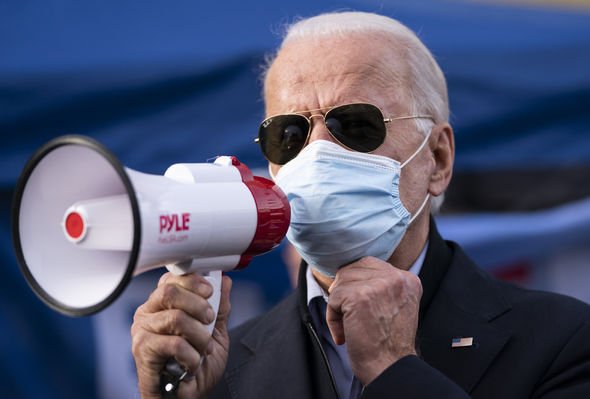 A bombastic President Trump predicted he would win at least 306 Electoral College votes, more than he landed to beat Hillary Clinton in 2016 and considerably more than the 270 needed to win. He said: “I think we have a really solid chance of winning.”

Later he visited his re-election headquarters in Arlington, Virginia, and defied convention by spending the night at the White House hosting an election watch party with family, staff members, campaign officials and supporters.