Refusing to be gagged, Myanmar journalists work from shadows

(Reuters) – Hiding from Myanmar’s police, journalist Aung Marm Oo refuses to conceal his anger with the civilian government led by Nobel Laureate Aung San Suu Kyi as his country prepares for an election later this year. 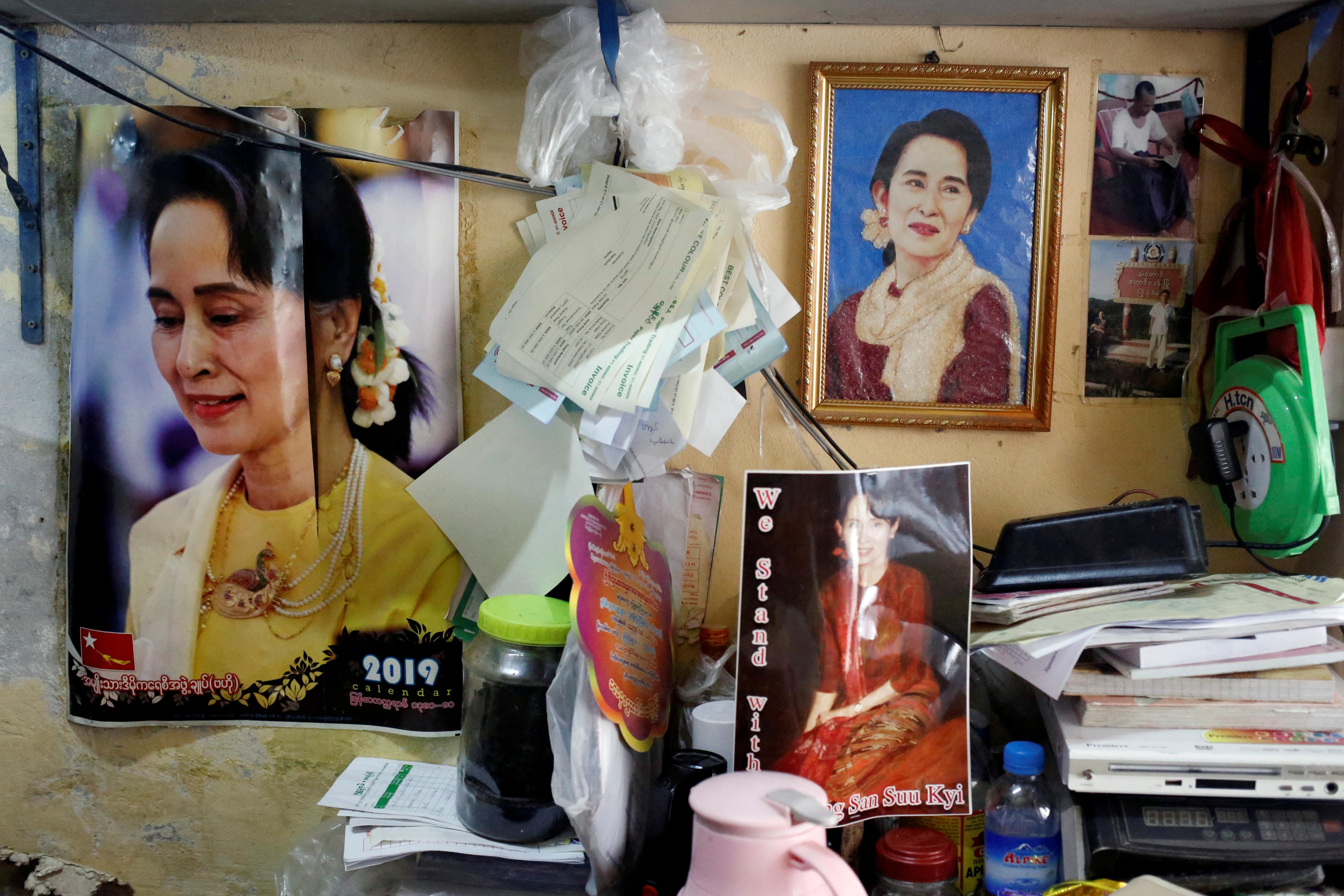 “Democracy is already dead,” the 37-year-old editor-in-chief of Development Media Group (DMG) told Reuters from a secret location where he is in hiding.

“They blocked media, restrict media agencies, banned news, punish journalists. Media is the lifeblood of democracy in the country. Without media, how can democracy survive?”

When Suu Kyi was released from house arrest by a military junta in 2011, Aung Marm Oo was a student activist living in exile. Her release helped persuade him to return home and enter journalism.

The 2016 election that brought Suu Kyi’s National League for Democracy (NLD) to power ended half a century of military rule. But the generals retain strong influence under a constitution that reserves sweeping powers for the military, and 25% of seats in parliament for its appointees.

The interior ministry is controlled by the Tatmadaw, the official name of the armed forces, and the freedom of civil society and the media remains restricted in a country plagued by ethnic conflicts.

Suu Kyi’s government has stressed the importance of media freedom for building democracy. Before she came to power, Suu Kyi spoke of the need for the law to protect reporters.

But her administration has brought charges against 31 journalists and in recent months the civilian-led information ministry has blocked dozens of news websites, including DMG, accusing them of distributing “fake news” and “fearmongering”.

Many are reporting on regions beset by insurgencies. Aung Marm Oo is wanted on “unlawful association” charges after interviewing militants in his native Rakhine. If caught he faces a maximum three-year prison sentence.

One of the most sensitive regions, Rakhine is where a military crackdown in 2017 forced more than 730,000 Rohingya Muslims to flee the country. Now, a new conflict has erupted there – this time between government forces and Arakan Army (AA) insurgents recruited from the mostly Buddhist ethnic Rakhine majority.

Independent journalists who survived years working under the Orwellian constraints imposed by the junta, had hoped pen names, safe houses and smuggled footage would no longer be needed to report, but for some they have once again become the safest way to operate.

To keep their reports flowing, DMG reporters upload stories directly to Facebook, and rely on a network of citizen journalists to smuggle photos out of conflict zones.

Monywa Aung Shin, a senior NLD member and editor of the ruling party’s journal, disagreed that media freedom had declined but said it was correct to say that “limitations” on reporting existed.

But he acknowledged a need to “correct people’s perspectives” towards journalists, and said authorities should analyse the intent of a journalist contacting a militant group before taking action against them.

A government spokesman did not answer phone calls from Reuters seeking comment.

HOME IS WHERE THE DANGER IS

The safest place for journalists to write impartially, without fear is in exile, said Lawi Weng, a reporter for online website Irrawaddy News, who moved back to Myanmar in 2013 after a decade in Thailand.

“There is a conflict… happening in front of our eyes. But we cannot really report on it,” he said.

Journalists had been widely respected by the general public for defying the junta, but now many people view them with suspicion if they criticise the government led by the overwhelmingly popular Suu Kyi, he said.

Before the junta began reforms, Myanmar lay at the very bottom of the World Press Freedom Index. Between 2010 and 2016, it climbed 20 places, but has slid back since.

The arrest in 2017 of two Reuters journalists while they were investigating a massacre of Rohingya Muslims was the highest profile case involving media freedom. They were found guilty of breaching the country’s Official Secrets Act and sentenced to seven years in prison.

The pair were freed after 500 days on a presidential pardon.

But prosecutions against other journalists continue. Local rights group Athan says at least four journalists are facing charges in connection with coverage of the conflict in Rakhine.

After his news website published an interview with an Arakan Army spokesman, journalist Nay Myo Lin, who returned from exile to found  the Voice of Myanmar (VOM), was arrested and charged in March under the counter-terrorism act, which can carry result in a life sentence.

He was released after 10 days but is still dealing with the consequences.

“Even my wife, a journalist, thinks I should stop,” he said. “It’s dangerous, and we’ve lost our savings, nothing good comes from doing my work.”